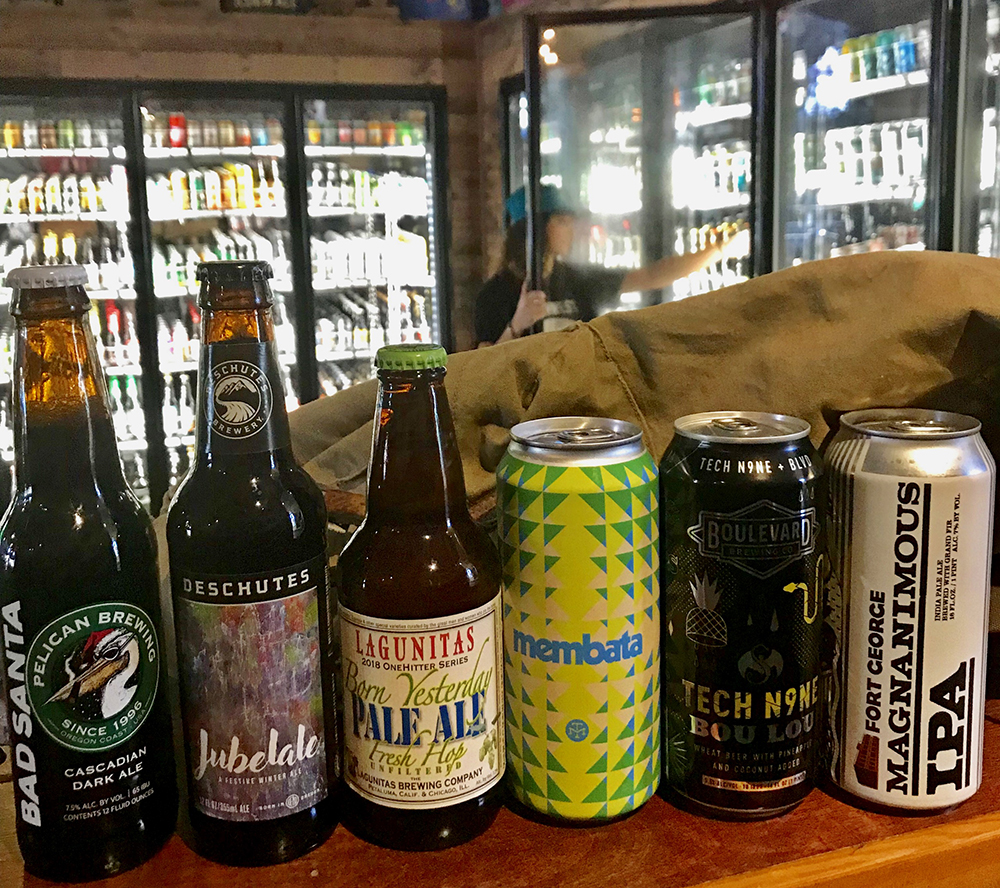 How fast is too fast? Rapper Tech N9ne‘s supersonic lyrical delivery tests the boundaries of human comprehension. The Kansas City-based MC was bestowed his name thanks to his ability to spit out words with the speed of a TEC-9 semiautomatic weapon. Tech N9ne later gave his handle a double-entendre by stating the “tech” was short for “technique” and “nine” representing the number of completion — therefore his name signifies his total ability to rhyme like a champ. OK. Tech N9ne plays Tacoma’s Temple Theatre this Friday, Oct. 19. Stop by Peaks and Pints before the show and grab this six-pack, which includes Tech N9ne’s collaboration pineapple and coconut wheat beer with his hometown brewery, Boulevard Brewing.

JUBELALE, Deschutes Brewery: The Bend, Oregon brewery has been producing the robust and malty but approachable Jubelale winter festive ale for 31 years, brewed with East Kent Golding, US Tettnang, Delta, Cascade and Bravo hops. Its spicy-malt flavor, cocoa, dried fruit and toffee notes ignite cozy warmth on the taste buds — perfect for any number of winter pastimes, like making toys. This year’s Jubelale label artwork — an iconic staple anticipated almost as much as the beer itself — was designed by the brewery employees instead of a Bend artist. 6.7%, 12oz

MAGNANIMOUS IPA, Fort George Brewery: We wish you a merry … October? We were wearing shorts when the pumpkin beers came out, and now it’s Christmas in October — some brewers just can’t contain their excitement for seasonal brews. Magnanimous IPA is a yearly offering, a joint effort once again between Fort George and Earth & Sky Farm in Oregon City. Brewed with real Grand fir Christmas trees, the IPA also presents bountiful additions of Simcoe and Chinook hops for a noble blend of lush piney hops and fresh evergreen aroma. 7%, 16oz