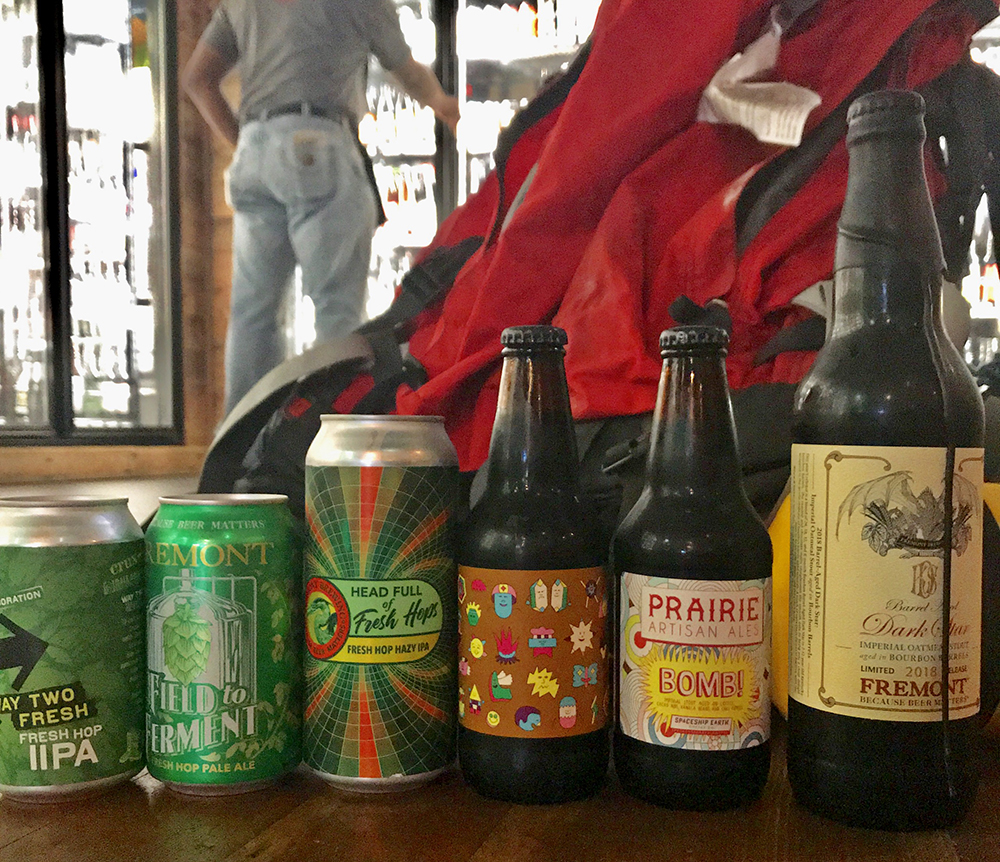 What’s up, South Sound! I need a soldier that ain’t scared to stand up for me. Known to carry big things, if you know what I mean. LET’S GET TO DRINKING!

BOMB! Prairie Artisan Ales: This imperial stout is aged on coffee, cacao nibs, vanilla beans and ancho chili peppers. It pours completely jet black with a foamy java head, leaving some lacing on the glass. The smell of chocolate malt, strong espresso, vanilla and a hint of pepper waft off this rich brew. Thick and creamy, it assaults the taste buds with roasty, bitter coffee followed by vanilla which coats the mouth and ends with some heat, mimicking the taste of Mexican chocolate. As it comes closer to room temperature, this brew gets more and more complex, releasing even more sweet and peppery flavors. 14%, 355ml

BOURBON BARREL AGED DARK STAR, Fremont Brewing: This year’s release is a blend of 24, 18, 12, and 8-month Bourbon Barrel-Aged Dark Star in 7-12-year old Kentucky bourbon barrels. The roasted and chocolate malts complement the smooth oats to bring you an imperial stout wrapped in the gentle embrace of bourbon barrel-aged warmth. A touch of sweetness dances in balance with the hops to finish with a wave. 13.6%, 22oz

WAY TWO FRESH, Crux Fermentation Project/Bale Breaker Brewing: Crux and Bale Breaker simultaneously harvested Mosaic and Simcoe hops from the Willamette and Yakima valleys, then combined them into each other’s brew facilities. Each outfit is making their own version of Way Two Fresh. Crux’s double IPA version offers a tasty interplay of dank pine and fruitiness. Definite malt sweetness there, but nicely balanced for a double. 8.5%, 12oz