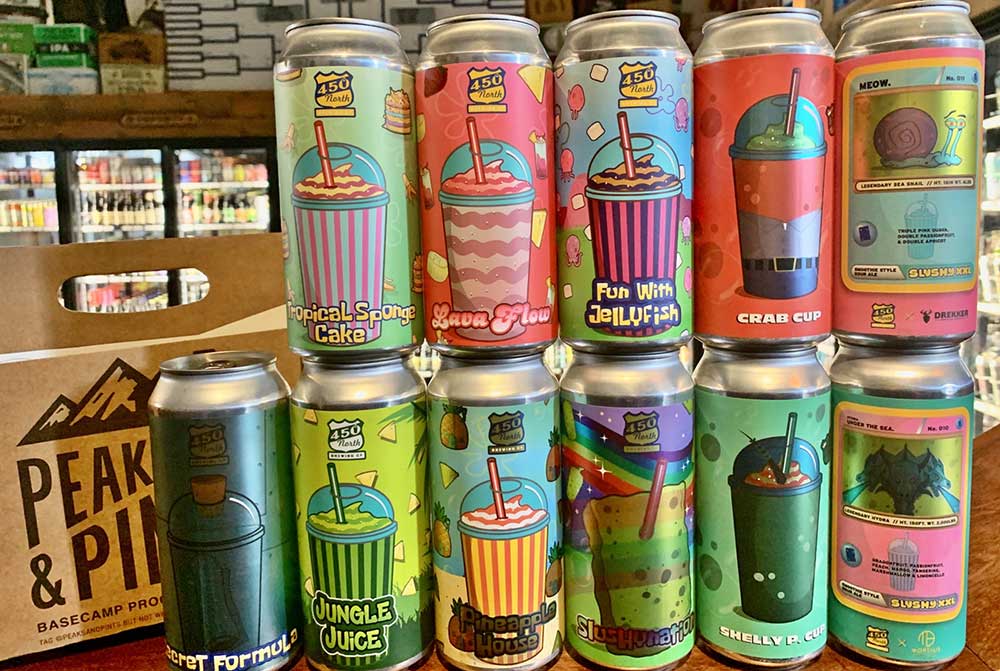 When King Neptune’s supply of 450 North Brewing smoothie sours is stolen, SpongeBob and his starfish buddy Patrick set off from Bikini Bottom on a perilous journey to replenish his supply. First, the plucky albeit easily distracted heroes make a call to the Columbus, Indiana, brewery pleading with owner David Simmon to brew a new batch for the king. He said, “Yes.”

Second, they hit the road but face dangers that range from a biker gang, dehydration, and an absurd battle while balanced on David Hasselhoff’s hairy leg.

“Holy Chum Bucket!” yelled SpongeBob when he pulled up to 450 North’s loading dock to discover Simmons brewed a special batch of SpongeBob-themed beers. Headed back to the sea, SpongeBob and Patrick dropped some of the beers in Tacoma, including Peaks & Pints craft beer bar, bottle shop and restaurant in the Proctor District. …