Peaks and Pints Pilot Program: Strawberry On the Fly

We know, we know, you’re thinking, “Is there really a food holiday for every day of the week?” The answer: Yes, yes there is. Today, July 7, is National Strawberry Sundae Day, so we’d encourage you on this 66-degree heat to head to Peaks & Pints for … strawberry beer. Strawberries have become more and more popular as a flavor component in malted barley brewed beverages. Though it has been pointed out that some hop varietals impart flavor characteristics likened to strawberries, there are in fact actual brews that use the scrumptious fruit to add their own deliciousness. Stop by our Proctor District Tacoma craft beer bar, bottle shop and restaurant for our to-go strawberry beer flight, Peaks and Pints Pilot Program: Strawberry On the Fly.

Peaks and Pints Pilot Program: Strawberry On the Fly 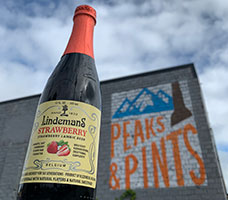 Lindemans Strawberry fruited lambic has complex sweetness from the strawberries matching perfectly with the sourness of lambic, resulting in a unique balanced marriage of sweet and sour. The recipe was developed specifically for the ever-developing tastes in the US market. It sports a rosy hue, with a aroma of ripened strawberries. Shows complex, captivating flavors; delicate sweetness is balanced by traditional lambic tartness in the finish. 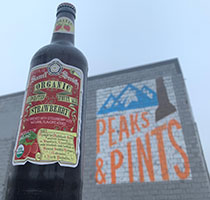 One of the oldest operating breweries in the world, Samuel Smith’s Old Brewery has been brewing with the same derivative yeast strain in the same stone vats for the last 255 years. They even keep a small team of Shire horses — a breed that traditionally pulled brewery wagons — to deliver beer around its hometown of Tadcaster. But for all this tradition, Samuel Smith is remarkably modern. All but one of its beers is vegan and the brewery has an entire line of organic ales, including its Strawberry Fruit Beer. According to Samuel Smith’s, it’s brewed at All Saints Brewery in Stamford, England using all manually operated equipment. Barley and wheat are combined to make an ale, fermented and aged for an extended period, then taken to Samuel Smith’s brewery in Tadcaster, England. It is at this stage where they blend in pure strawberry juice to create a fruit-forward ale with malt and some bittering hops on the back. 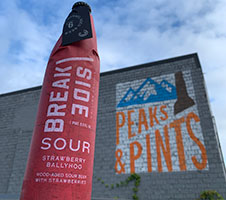 With a 2019 Japan International Beer Cup silver medal around its neck, Breakside Brewery’s Strawberry Ballyhoo is a blend of a young mixed culture wheat beer fermented on strawberries and blended with three casks of Brettaomyces-heavy sour beers. Strawberries were added twice during the making of this beer: Once at the beginning of fermentation and then again in the blending tank after the oak-aged beers were added. 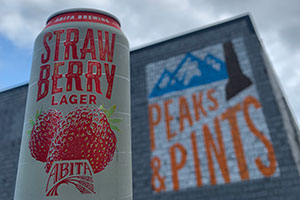 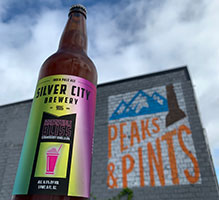