Peaks and Pints Pilot Program: Scary Beers On the Fly

Halloween will be scarier than usual this year. We’re dealing with a pandemic and have to watch out for deranged anti-maskers and deadly overcrowded spaces. It’s enough to make you want to stay in and curl up with Food Network’s Halloween Wars instead. Because of COVID, many plan to spend Halloween trapped in their houses. If Halloween is your time to thrive, you can still have a good ol’ scary time at home. There’s still pumpkins to carve, costumes to buy or make on your own, and scavenger hunts to be held inside the home and with members of the same household. Whatever you decide, you’ll no doubt need scary beer to make it better. Peaks & Pints has rustled up a scary flight of to-go beer that we call Peaks and Pints Pilot Program: Scary Beers On the Fly.

Peaks and Pints Pilot Program: Scary Beers On the Fly 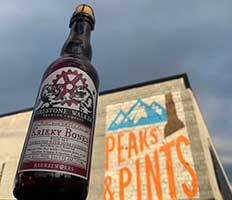 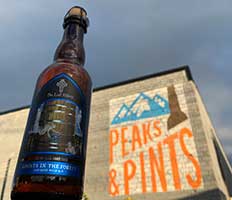 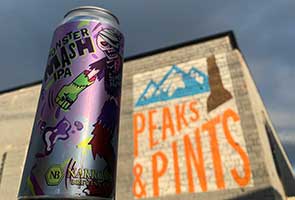 Matt Rhodes working at Narrows Brewing, late one night
When the head brewer’s eyes beheld an eerie sight
For his IPA from his mash tun, began to rise
And suddenly to his surprise 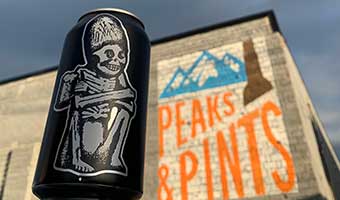 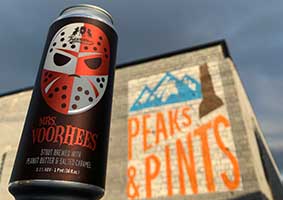 On a fateful day in 1957, Jason Voorhees, infuriated by the constant teasing and harassment from other children, snuck out of his summer camp cabin late at night to prove that he could swim. The counselors were not watching him, as they were at a party and fooling around in one of the adult cabins. Jason was never recovered from the lake and was presumably drowned. Mrs. Voorhees blamed the counselors for his death because she was working as the camp cook the day that it happened. In Friday the 13th (1980), Mrs. Voorhees blamed camp personnel for perceived wrongs, sometimes having a conversation with herself using two different voices, becoming rageful, and of course, killing. She went nuts and began killing camp counselors. Triceratops Brewing pays homage, or something, to Mrs. V with a chocolate milk stout brewed with Skagit Valley Malt, 25 pounds of peanut butter richness, combined with honey malt and milk sugar that provides a mild sweetness and a roasty backbone.