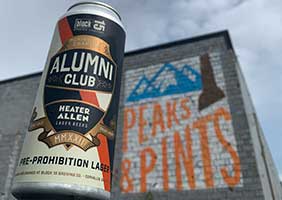 Welcoming a new member annually, the Alumni Club celebrates some of the brightest graduates from the hallowed halls of Oregon State University. Partnering with OSU alumni Rick and Lisa Allen, along with members of the OSU Fermentation Science Department, we proudly present this historical style lager. Pouring a deep golden hue accompanied by aromas of biscuit, honey and fresh hay, this modern classic features flavor notes of lemon citrus and lemongrass with a pilsner-like bitterness. 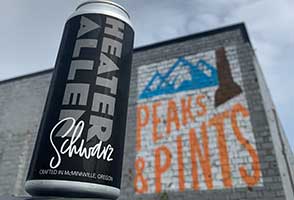 Beer is a family business for Heater Allen, a lager brewery that opened McMinnville, Oregon, in 2007. “Heater” is Rick’s wife Jan’s maiden name, and “Allen” is his last name. He figures that you should always give your wife first billing. While Rick has little German heritage on his side of the family, most of Jan’s family is of German descent. Their daughter, Lisa, who works for the brewery, is a true Heater Allen. Like her dad, she graduated from OSU Fermentation Science Department in the early 2000s. In 2009, Lisa left a career in the wine industry to join her dad’s two-man crew. Since Lisa came on the scene, Heater Allen has grown from a six-barrel to a 15-barrel brewhouse racking up a room full of medals. 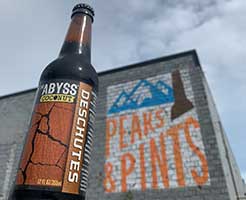 Callan Vaccaro graduated from OSU’s Fermentation Science program in 2012 before joining the Deschutes Brewery brewing team. A typical day for Vaccaro involves either brewing beer in one of the two brewhouses or jumping in the cellars to run beer through their centrifuge, CIP of fermentation vessels and bright beer tanks, yeast pulls, yeast harvesting, and tasting beer for release to packaging. The Abyss Coconut is a decadent beer with roasted coconut flakes, licorice, cherry bark, and vanilla beans on top of a rich imperial stout aged in whiskey barrels. 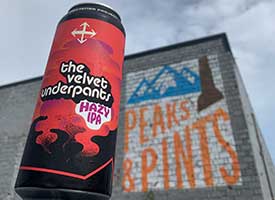 The Crux Fermentation Project in Bend, Oregon, was founded and is co-owned by Larry Sidor. He began with a degree in food science and technology from OSU in 1972 and spent time with Olympia Brewery, SS Steiner, Wapatox Vineyards, and as a brewmaster for Deschutes Brewery, in addition to service to the industry including serving on the board of the Master Brewers of the Americas. The Velvet Underpants is a silky, smooth hazy IPA brewed exclusively with Mosaic hops with tropical notes of mango, pine, and stone fruit balanced by a soft and fluffy mouthfeel. 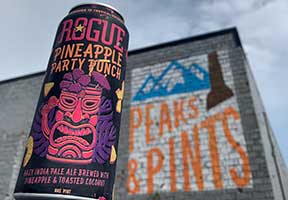 In addition to Christina Canto and all the Rogue Ales past and present brewers who graduated from the OSU Fermentation Science program, the brewery also awards scholarships to the program in the name of their founder Jack Joyce who passed in 2014. The Jack Joyce Scholarship Award was created in 2014 by Columbia Distributing and Rogue Ales in honor of visionary Jack Joyce for his legacy in the Oregon community and his founding of Rogue Brewery in 1988. Jack’s vision, creativity and innovation led Rogue to take daring risks that have created one of the most successful breweries and distillers in the nation. Each year students enrolled in Oregon State University’s Fermentation Science program can apply for scholarship funds. Rogue’s Pineapple Punch Party is an imperial hazy IPA reminiscent of a Piña Colada that bursts with pineapple, coconut, and tropical hop flavors.