Ah, the sweet artificiality of the New Year — the reassurance of a clean calendar, of resolutions for self-improvement. And then you pick up the newspaper, and that pure artifice of the change of year, that vagarious demarcation of another arbitrary moment, is rendered meaningless by the inexorably continuing chains of events that know no boundaries defined by pages in a calendar. It’s no wonder revelers seem to work so hard trying to have a good time as the countdowns begin. Just like Larry Hagman of Dallas, the Dudley Moore of Arthur and Ray Miland of The Lost Weekend, most of us will be drinking at home on New Year’s Eve. Yesterday’s suggest to-go New Year Eve beer flight was all about the fizz. Today, we suggest you toast 2021 with hops. We present a to-go flight of recently released IPAs, a flight we’re calling Peaks and Pints Pilot program: New IPA Year’s Eve On The Fly. 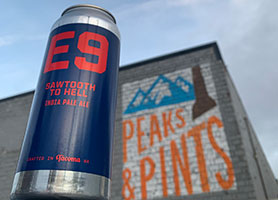 E9 Brewing loves Idaho as much as Peaks & Pints does. We could hike the Sawtooth Range forever. The Tacoma brewery’s love for Idaho is so excessive that Sawtooth to Hell IPA is made with a huge amount of Idaho grown “Pure Idaho” Pilsner malt, and massively dry-hopped with Idaho Gem and Idaho 7 hops, imparting flavors and aromatics of tropical fruit, pineapple, and sweet hard candy. Sawtooth forever! 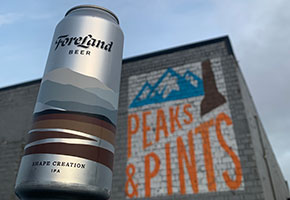 Brewer Sean Burke, whose resume includes The Commons and Von Ebert Brewing, has opened ForeLand Beer in McMinnville this year. The longtime Oregon homebrewer paid attention at the World Brewing Academy’s Master Brewing, as well as his hands-on training, as he shaped the Simcoe and Mosaic hop additions well in his Shape Creation IPA producing notes of pine sap, grapefruit, orange, and weed, followed by waves of tropical fruit salad and bitterness. 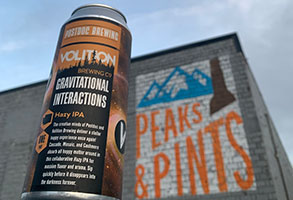 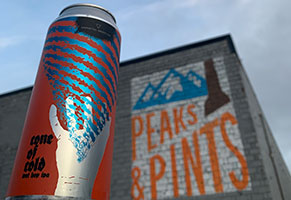 Brewed in mid-November with frozen, wet hops that never saw a kiln, this IPA is an “out-of-season comfort beer for hop lovers,” according to Varietal Beer Cone of Cold Wet Hop IPA hype. This hazy IPA is brewed with 150 pounds each of wet Simcoe and Citra hops at their peak of freshness for more Simcoe than Mosaic (hello Simcoe nose). Expect stone fruit and tropical flavors with a bitter finish. 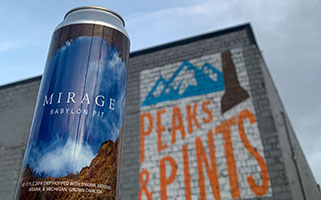 Hate hazy IPAs? Are you one of those people who posts comments online about how craft brewing is nothing but a hopster’s game, and the real craft is in, we don’t know, harnessing the banana-esque esters of a German weissbier? Well, take your antacid because Mirage Beer’s Babylon Pit is so cloudy, it’s damn near meteorological. The delicious Double IPA is brewed with Michigan-grown Chinook in the boil and whirlpool and later double dry hopped with Enigma, Meridian, Ariana, and more Michigan-grown Chinook for a tropical, fruity, mango mix of pillow-y goodness.