Apparently, today is National Lager Day. Let’s celebrate National Lager Day. Why the hell not. Of course, if you’re old enough, you remember when everyday was National Lager Day in the U.S. Because that was the only choice you had. Times have changed. Ales are everywhere. The difference between ales and lagers? In a nutshell, an ale is brewed with top-fermenting yeast (Saccharomyces cerevisiae) and lager with bottom-fermenting yeast (Saccharomyces uvarum). Ales tend to be darker, have a cloudier appearance, higher alcohol content and a stronger, fruitier, more robust flavor with stronger bitter tones from the hops due to the higher number of hops, and faster, more thorough fermentation. Lagers tend toward a lighter, clear appearance, have a lower alcohol content and a sweeter, smoother, crisp flavor from the higher sugar content, slower fermentation, and cold treatment. Made with yeast that ferments slowly at cool temperatures, lagers take up valuable tank space at small breweries and is often considered too subtle next to the big yeast flavors of ales. But lagers are gaining in popularity. Anyway, it’s National Lager Day so Peaks and Pints has constructed a lager to-go flight we call Peaks and Pints Pilot Program: National Lager Day On The Fly. 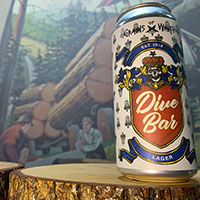 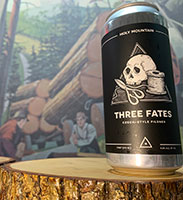 Three Fates is Holy Mountain Brewing’s tried and true Czech-style pilsner brewed with Barke Pilsner malt and Czech Saaz hops. It’s fermented cool and lagered for a fresh cut grass, clean malts, and slightly sweet nose. The flavor is much the same but finishes with a little hop bitterness. 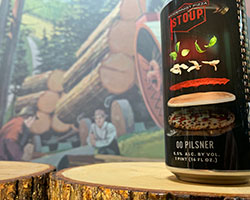 Italian brewers like to add a little flair to their pilsners by dry hopping for extra depth. In Stoup Brewing’s take on the style, aromas of red berries, light spice, and floral notes from Adeena, Hallertau Blanc and Loral hops are carried beautifully on a base of crisp, light pilsner malt. Pro tip: Stoup 00 Italian Pilsner is named for the famous 00 flour prized by pizzaiolos the world over. 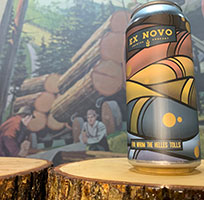 Ex Novo For Whom The Helles Tolls

Ex Novo Brewing’s For Whom The Helles Tolls is a German inspired, zero-decoction helles lager brewed with German malts and hops, mashed, and then fermented cold and slow to restrain ester formation. It’s lagered for more than a month at as close to freezing temperatures as possible to allow the yeast to finish conditioning and gently fall out of suspension. It’s crisp, dry, and tasty. 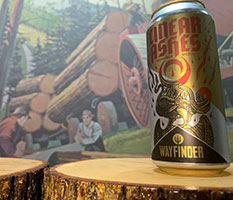 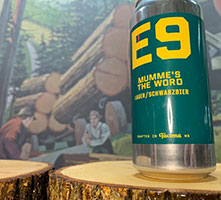 Schwarzbier is one of the oldest known European beer styles, with origins in Kulmbach, Germany, circa 800 BC. Pronounced sh-vahts bee-uh, this lager style is named after its appearance — in German, schwarzbier means “black beer.” E9 Brewing’s version, Mumme’s the Word, is a classic schwarzbier dark lager brewed with German pilsner malt, Munich 1 malt and German chocolate malted wheat. Hopped in the kettle with newer generation Mandarina Bavaria and Hallertau Blanc, it’s full-bodied, yet crispy and light on the palate. Expect notes of toasted pumpernickel, stone fruit, and coffee.