Peaks and Pints Pilot Program: Fruited Sours On The Fly

Sours have become popular in recent years, with profiles that feature sour, acidic and tart flavors. Sometimes when wild yeasts are used, these beers take on an earthy mustiness referred to as funk. They are a broad category of beers that cover a range of styles, colors and strengths. When a brewer adds fruit it’s usually in an effort to soften and/or complement the sour and tart character. Today, Peaks and Pints offers a to-go flight of five bottled or canned fruited sours that we Peaks and Pints Pilot Program: Fruited Sours On The Fly.

Peaks and Pints Pilot Program: Fruited Sours On The Fly 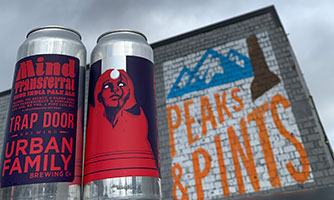 Urban Family Brewing collaborated with Trap Door Brewing to create this sour IPA brewed with Nelson Sauvin, Vic Secret and Sabro hops — three hops that bring the tropics to the nose and tongue. Then, the two breweries dump a bunch of pineapple and passionfruit into the mix for a super juicy and super tropical party. 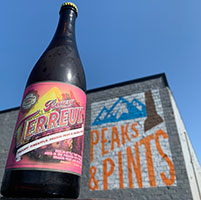 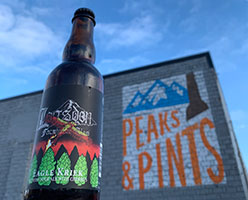 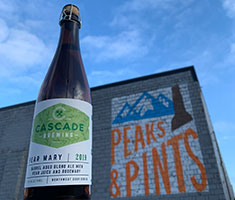 Cascade Brewing and Barrel House‘s Pear Mary features a blend of sour blond ales aged in oak wine barrels then naturally fermented with juice from Northwest-grown pears and infused with fresh rosemary. Aged for up to 18 months, this refreshing herbal beer offers notes of fresh pear, pine and ginger with a balanced acidity, soft fruit sweetness and champagne-like effervescence. 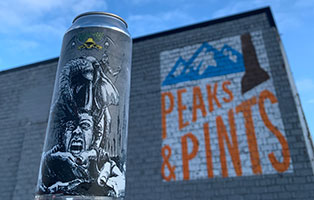