Peaks and Pints Pilot Program: Evil Twin Then And Now

Jeppe Jarnit-Bjergsø, the founder and man behind Evil Twin Brewing, was a physics and English teacher in his native Denmark before starting Copenhagen’s Ølbutikken, a highly regarded beer store. He’s also an evil twin himself. His brother, Mikkel Borg Bergsø, brews under the Mikkeller label. Jarnit-Bjergsø, however, has done his best to outshine the good twin. He founded Evil Twin in 2010 as a nomadic brewery. Like his brother Mikkel, Jarnit-Bjergsø would concocts a recipe for his beer and hand it to another brewery with some extra capacity. In 2012, Jeppe Jarnit-Bjergsø moved it to Brooklyn and relocated there with his family, opening the beer bar TØRST the same year. In November 2018, he’ll finally open a permanent production facility in Brooklyn’s Ridgewood neighborhood. Today, Peaks and Pints presents a to-go flight of Evil Twin classics and new craft beer in what we like to call Peaks and Pints Pilot Program: Evil Twin Then And Now. 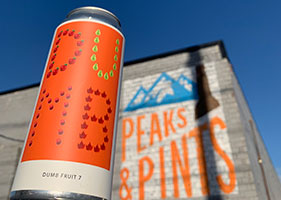 Peaks and Pints Pilot Program: Evil Twin Then And Now

Evil Twin’s sour series lands in autumn with version number seven, brewed in Brooklyn, New York. This smoothie sour is brewed with apple, cranberry, pear, maple, and lactose. The rich and very sweet sour leans more toward maple and cranberry than the other flavors. 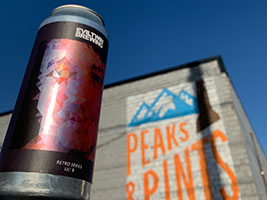 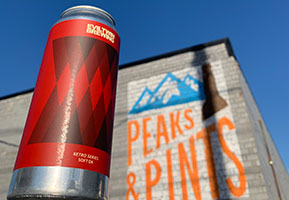 Evil Twin has reimagined their classic imperial porter Soft Dookie as it’s known in Denmark, or Soft DK in the US. It hits the nose with dark chocolate, light coffee, slight smoke, slight booze, and tons of vanilla. On the tongue, it’s hits with chocolate bitterness, vanilla, milk chocolate, coffee roast and subtle booze. 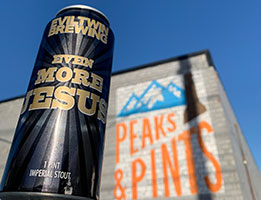 The name Even More Jesus came about when Jarnit-Bjergsø was discussing something about prices with a business partner, and they were sending emails back and forth, and one of the prices was high, and Jarnit-Bjergsø wrote, “Jesus, this is expensive.” And then he quoted another price, and it was even more expensive, and wrote, “even more Jesus.” And the business partner reply was, “I don’t care how expensive it is, the next beer you make has to be called Even More Jesus.” The imperial stout is sweet up front with burnt sugar, brownie, fudge, and chocolate cake frosting. The body is insanely dense with an oily, palate-coating effect. The mid-palate is nicely bitter with dark chocolate, but caramel and molasses stick around. 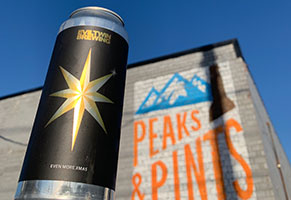 A solid Evil twin imperial stout — not overly sweet and not loaded with adjuncts. Just a small batch of a big, roasty, carefully crafted imperial stout with heavy coffee notes and a whisper of chocolate.