Peaks and Pints Pilot Program: Cherry On The Fly

Rejoice, o cherry pie lovers of the South Sound! Today, February 20, is National Cherry Pie Day! Why February 20? Why not the infinitely more logical March 14? (3.14 = Pi = Pie.) Why the hell not? Especially during this month of cold and gloom. Ok, so it’s not like you had this holiday on your calendar, but maybe you should as Peaks & Pints carries many cherry-flavored beer, cider and meads. See what we did there? Cherries can balance otherwise heavy beers or add extra freshness and flavor to the lighter styles. Cherries have been added to beer for centuries, especially with Belgian lambic styles, which are called krieks. Cherry beer is no longer a throwback to centuries past. North American brewers are adding cherries to their craft, whether it’s a kriek, or another beer style infused with the finest cherries. In celebration of National Cherry Pie Day, Peaks & Pints presents a to-go flight of cherry beer that we call Peaks and Pints Pilot Program: Cherry On The Fly.

Peaks and Pints Pilot Program: Cherry On The Fly 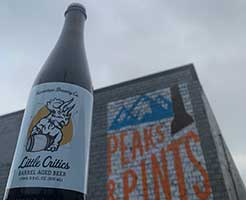 Triceratops Brewing joins the rest of the American brewers rewriting the rules on sour beers. They use traditional sour styles as a jumping off point to experiment with techniques such as hops additions for bittering and aroma, racking sour beers into freshly used wine or spirit barrels, blending together batches, adding adjuncts, or, in the case of Triceratops, sour a lager on cherries then barrel age it. Little Critics is soured with Triceratop’s house culture and conditioned on 30 pounds of Washington-grown cherries for a pleasing tartness, a restrained level of acidity, and an approachable 4.8 percent. Extended aging in Heaven Hill whiskey barrels further enhances the beer’s complexity. 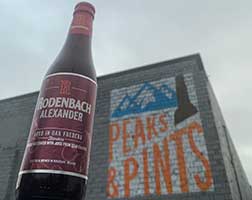 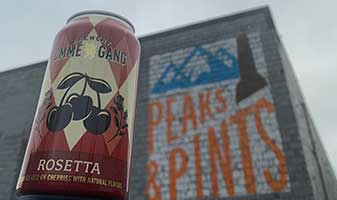 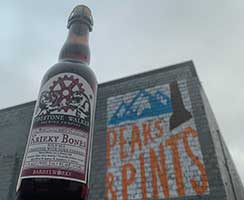 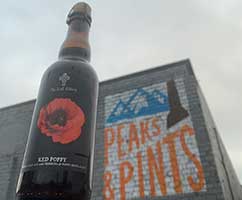 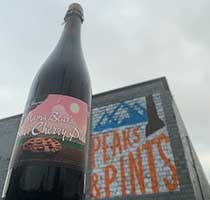 Crooked Stave’s burgundy sour ale aged in oak barrels with more than 3,000 pounds of Colorado Montmorency cherries is the result of blending carefully chosen batches of Origins with a heavy-handed addition of cherries sourced from orchards on the Colorado western slope. Expect all the jammy sour cherry notes, plus caramel, earthy notes, tart, cinnamon and berries. The finish is sour and sweet with cherry, cinnamon, tart, berries and earthy notes. 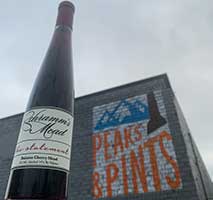 Since opening in Ferndale, Michigan, in September of 2013, Schramm’s Mead has been “mead-andering” across the country. Ken Schramm’s highly sought-after mead has pushed his small artisanal meadery and its offerings to the top echelons of beer ratings sites. Schramm literally wrote the book on mead. His The Compleat Meadmaker was released in 2003 and is still considered the reference book for meadmaking. Schramm’s Mead The Statement offers flavor of Batalon cherries melding inconspicuously with the sweetness of honey. The sourness of the Batalon cherries takes the center stage compared to the sweetness of the honey.