Peaks and Pints Pilot Program: Cherry Beer On The Fly

Rejoice, o cherry tart lovers of the South Sound! Today, June 17, is National Cherry Tart Day! Ok, so it’s not like you had this holiday on your calendar, but maybe you should as Peaks & Pints carries many cherry-flavored beer, cider, and mead. See what we did there? Cherries can balance otherwise heavy beers or add extra freshness and flavor to the lighter styles. Cherries have been added to beer for centuries, especially with Belgian lambic styles, which are called krieks. Cherry beer is no longer a throwback to centuries past. North American brewers are adding cherries to their craft, whether it’s a kriek, or another beer style infused with the finest cherries. In celebration of National Cherry Tart Day, Peaks & Pints presents a to-go flight of cherry beer that we call Peaks and Pints Pilot Program: Cherry Beer On The Fly.

Peaks and Pints Pilot Program: Cherry Beer On The Fly 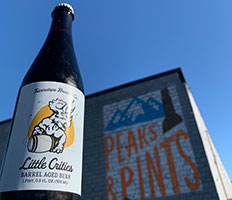 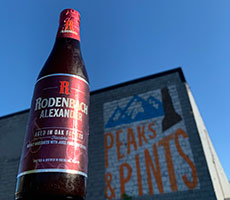 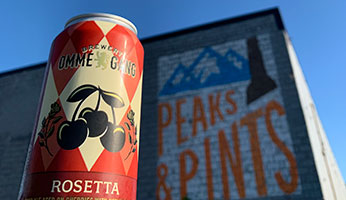 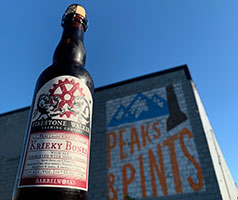 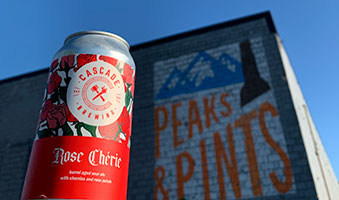 Founded in Portland, Oregon in 1998, Cascade Brewing is a pioneer of the sour beer renaissance, innovating the “Northwest Sour Ale” in 2006. The brewery’s portfolio of distinctive sour ales features fruit-forward, barrel-aged ales with complex flavors and aromas derived from the acid, the fruit, and the residual flavors present in the aging barrels. Rose Chérie, meaning “Darling Rose,” features a blend of sour red and golden ales aged in oak wine barrels and foeders for up to 12 months then infused with Oregon-grown Bing and Montmorency cherries and dried rose petals. The nose is all about fresh roses, plus tart cherries, white pepper, red apple, and rhubarb, followed by fresh cherries, dried rose petals, strawberries, and sparkling rosé wine. 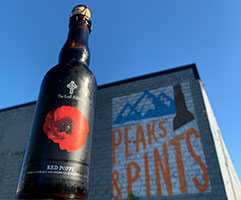 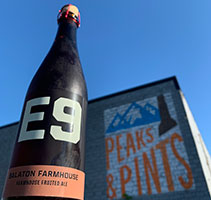 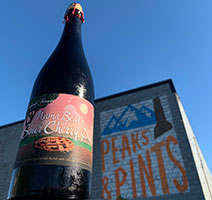 Crooked Stave‘s Mama Bear’s Sour Cherry Pie burgundy sour ale aged in oak barrels with more than 3,000 pounds of Colorado Montmorency cherries is the result of blending carefully chosen batches of Origins with a heavy-handed addition of cherries sourced from orchards on the Colorado western slope. Expect all the jammy sour cherry notes, plus caramel, earthy notes, tart, cinnamon and berries. The finish is sour and sweet with cherry, cinnamon, tart, berries and earthy notes. 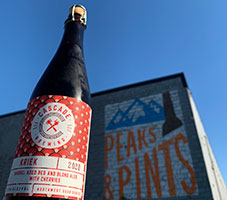 Kriek has been a fundamental part of Cascade’s Northwest sour portfolio since 2007. The 2020 version is a blend of sour red and blond ales aged in red wine barrels for up to two years with fresh, Oregon-grown Bing and Montmorency cherries for a pie cherry, oak, wood spice, and Flemish red ale nose. On the tongue, expect tart cherry, black cherry, oak, vanilla, and baking spice.