Peaks and Pints Pilot Program: California Doubles On The Fly

Today’s Peaks & Pints to-go beer flight originated out of California. It’s a flight of double IPAs brewed in California, because, well, California. The state could use a couple double IPAs after their wildfires — massive, drought-amplified, state-engulfing wildfires you breathed through your mask from Point Defiance Park last month. Since the beginning of the year, more than 8,200 California wildfires have scorched “well over 4 million acres” or 6,250 square miles, according to Cal Fire. And, that’s piled onto 835K COVID cases and 16,150 deaths. On a positive note, double IPAs were born in California. Vinnie Cilurzo — who went on to co-found Russian River Brewing — brewed the first double IPA at his Blind Pig Brewing in Temecula in 1994. Bam! The double IPA was a thing. Also known as an imperial IPA, this style seeks to take both alcoholic strength and hop intensity to new levels. Drop by Peaks & Pints today for a to-go flight of California brewed double IPAs, a flight we call Peaks and Pints Pilot Program: California Doubles On The Fly.

Peaks and Pints Pilot Program: California Doubles On The Fly 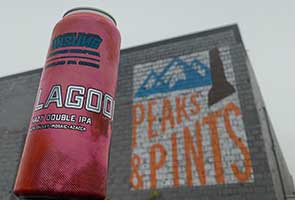 Ohio native and UNSUNG Brewing founder Mike Crea — who is certified by the Cicerone Program and earned a diploma in brewing technology from the Siebel Institute in Chicago — brews small batches of craft beer in Tustin, California, but sells a majority of them up north from a modernized century old marmalade factory in Anaheim, the sudsiest town in Orange County. Founded in 2015, comic book fan Crea drinks West Coast IPAs while watching superhero movies, including his Nebuloid IPA Series. Urban Dictionary says “Nebuloid” is an object, person, place or thing that is ridiculously amazing or strange. Therefore, one could guess UNSUNG’s Nebuloid IPA Series is ridiculously amazing or strange. We’re placing Nebuloid Lagoon is the ridiculously amazing category. This hazy double IPA is brewed with Galaxy, Mosaic, and Azacca with a touch of Ekuanot Cryo, Cashmere, and Citra for fruity aroma with passionfruit and citrus swimming on the tongue. 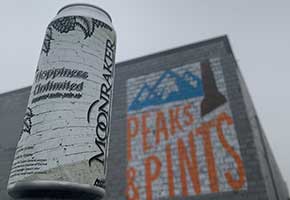 Moonraker Brewing Co. opened in 2016 in the same Auburn, California industrial park as Knee Deep Brewing, and was later honored as the ninth-best new brewery in the world by RateBeer, a resource for craft beer enthusiasts. Along with additional honors from RateBeer, Moonraker has received recognition in other competitions, including the California State Fair and their Extremis toppled Russian River’s stalwart Pliny the Younger to win the 2017 Bistro Double IPA Festival’s triple IPA category. Hoppiness Unlimited is a mega juicy, hazy double IPA gets blasted with huge amounts of Citra and Enigma for hop flavors and aromas of mango, lychee, stone fruit, and berries over a bread crust malt foundation. 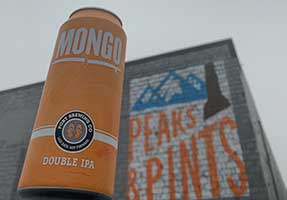 A spin-off of famed Pizza Port Brewing, Port Brewing and The Lost Abbey are both brands of Port Brewing Company in San Marcos, California. Founded in 2006 under the direction of visionary brewmaster and co-founder Tomme Arthur, Port Brewing specializes in West Coast-style beers while The Lost Abbey leans toward Belgian-inspired and premium beers. Port Brewing’s Mondo Double IPA. Mongo boasts a powerhouse combination of Columbus, Amarillo, Centennial, Cascade and Simcoe hops for a massive resinous aroma and juicy citric notes of orange and mango before riding the wave of piney bitterness and hoppy spice into a toasted-malt finish. 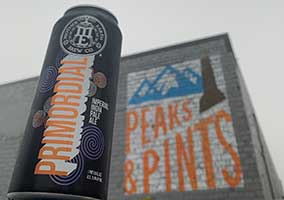 In 2010, Daniel Love opened Mother Earth Brewing Co. in Vista, California, just north of San Diego. After an expansion in Vista, he then set his sights on a larger expansion that saw the opening of its second location, one a fair distance away from San Diego County to Nampa, Idaho, a suburb of Boise. Primordial is one of their most tried and true DIPA recipes with a mix of well-known super-alpha and traditional and modern hops for sweet malt character plus floral and juicy notes of tropical fruit bowl, citrus, dank resin, and high bitterness.