Peaks and Pints Pilot Program: Browns On The Fly

According to The Oxford Companion to Beer, “the term ‘brown ale’ can easily be confusing, or at least not much more useful than the term “red wine.’” That confusion, however, is part of its allure, as the style leaves brewers plenty of room for interpretation. The brown ale has origins in 17th century England, where it was a name given to a dark-colored, mild ale. The American Brown is a style that home brewers have helped define over the past 30 years. The contemporary American Brown is flavorful, balanced, and medium bodied, with more overall character than its early English cousins. American versions are also made with a majority of U.S.-grown barley and hops. The style, as the name suggests, is deep copper to brown in color. The brown is balanced, with a slight emphasis on maltiness. Roastedness, alongside the caramel and chocolate malt, is evident, but the maltiness is not overbearing, sticky or too sweet. Likewise, the hoppy bitterness is low to medium in flavor and aroma. Brown ales might not be flashy, but they’re a lovely addition to Peaks and Pints’ to-go flight: Peaks and Pints Pilot Program: Browns On The Fly. 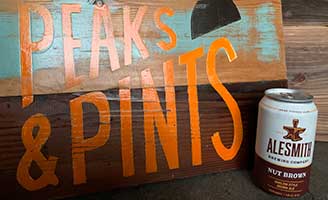 Peaks and Pints Pilot Program: Browns On The Fly 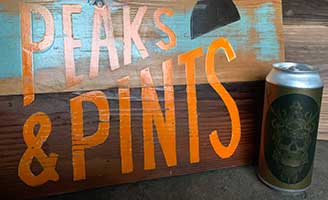 English Brown ales are copper to dark brown, medium-bodied beers. They offer mild maltiness with caramel, biscuity and sometimes toasted qualities and commonly range from 4.2 to 6 percent ABV. Style aficionados distinguish between the northern English brown with its light nutty accents and the southern English version that’s a little darker and sweeter. Structures Brewing’s traditional English pub style brown ale falls more into the southern style with a dry and ashy nose. Flavor follows the same lead as the aroma but offers more depth and complexity with a rounder nutty undercurrent and some dry bitter bakers chocolate. With the coffee version, this pub style brown ale is conditioned on Steed Roasters Bygone Blend. 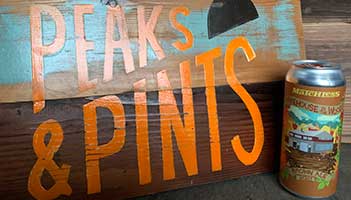 Matchless Warehouse In The Woods

Chocolate malt is a dark roasted malt that contributes complex roast flavors similar to unsweetened chocolate and coffee. In small amounts, chocolate malt produces a very mild roast character that is warm and nutty, along with a disproportionately strong color contribution. When paired with sweet crystal malts and other sources of nonfermenting sugars it produces a sweet chocolate effect. Matchless Brewing brews their Warehouse In the Woods brown ale with Chocolate malt, as well as Caramel malt, for notes of cocoa, toffee, and caramel. The creamy coconut essence of Sabro hops combines with the hearty balanced malt bill. 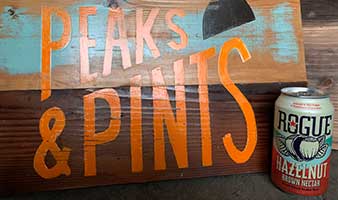 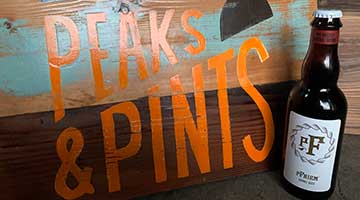 Using the work “imperial” as an adjective to describe a beer usually means it’s richer, more flavorful, fuller-bodied, and stronger, which in this case is true. Aged in rye whiskey barrels for a year, pFriem Family Brewers Rye Whiskey Imperial Brown pours a black walnut hue, bursting with rich notes of brandied cherry, toffee, and a kiss of char. Strong and complex, it is stout’s untamed, spicy cousin.