Peaks and Pints Pilot Program: Beertails On The Fly

A crossover between the beer and bartending worlds has started emerging in breweries: beers inspired by the flavor profiles and recipes of cocktails. When beer is your job, you don’t necessarily want to go home and drink more beer. So it’s no shocker that on his or her down time, brewers like a stiff cocktail — which has led to craft beers that taste like cocktails; what a vicious, delicious cycle this is. The base is beer (usually, but not always, a strong one), but then the brewer became a bartender, measuring in specific ingredients that seem like novelties until you actually taste how uncannily the final product resembles a cocktail. Each quarter, Peaks and Pints gather five beers that taste like cocktails for a friendly head-to-head battle. Visit Peaks and Pints, grab our to-go flight Peaks and Pints Pilot Program: Beertails On The Fly and tell us what you like about each by tagging @peaksandpints on Twitter or Instagram and using #PeaksandPintsBeertails. Cheers!

Peaks and Pints Pilot Program: Beertails On The Fly 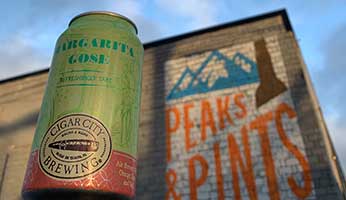 Salt, sugar or nothing? Rocks or blended? Straight or flavored with mango, guava or some other tropical fruit that epitomizes warm beaches, blue seas and palm trees? What other drink gives you so many choices and so quickly brings to mind lazy summer evenings than the margarita, a perfect balance of sweet and tart, ideal for a steamy day. Cigar City Brewing, just off the Gulf of Mexico in Florida, grabbed their German-style gose, an ancient style of low alcohol beer brewed with salt, and gave it the Jimmy Buffett treatment by adding orange peel and lime essence to create a different take on the summer sipper. 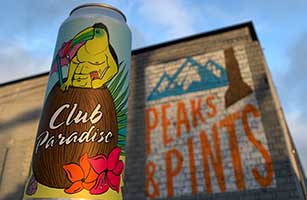 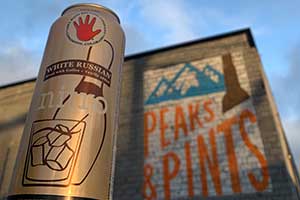 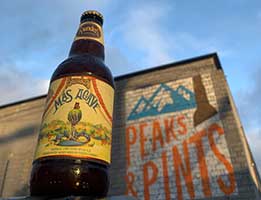 Salt, sugar or nothing? Rocks or blended? Straight or flavored with mango, guava or some other tropical fruit that epitomizes warm beaches, blue seas and palm trees? What other drink gives you so many choices and so quickly brings to mind lazy warm evenings than the margarita. Founders Brewing‘s Mas Agave is a margarita-inspired imperial gose brewed with agave and lime, and aged in tequila barrels. Dip your nose in for all the margarita — salty, tangy, lime, and agave. In fact, Mas Agave tastes really close to a margarita — citrusy lime, tart, salty, smooth, with minimal alcohol warmth at 10 percent. 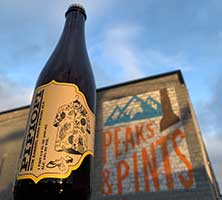 There are times when you are torn between choosing a mixed drink or a beer. Well, say aloha to Fort George Brewery‘s Pipiopi. Upon first, second, and even 16th sip you may find yourself wondering if it is indeed a cocktail in this 500ml bottle. But as you relax on your couch you realize it’s a bit of both, and that makes your choice the perfect one. Pipiopi is a strong ale inspired by your favorite tiki cocktails — aged in Jamaican rum barrels with pineapple, toasted coconut, orange peel, and a dash of nutmeg.