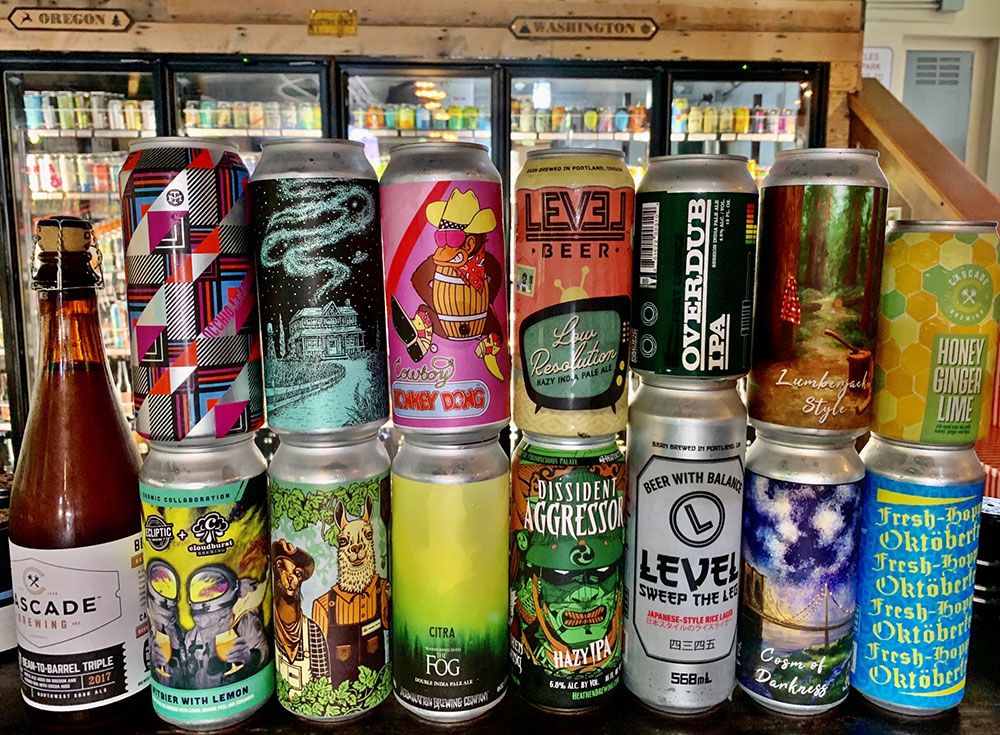 This Labor Day, relax with alcohol. Peaks and Pints New Beers In Stock 9.7.20 offers a few of the many craft beers that arrived to our craft beer bar, bottle shop and restaurant this past week. Cheers!

WANDERING INTO THE FOG (CITRA): This juicy DIPA was brewed with golden promise, a heavy wheat and oat malt bill, then hopped and double dry hopped aggressively with 7-plus pounds per barrel of Mosaic, Pacific Jade, Summit and an irresponsible amount of Citra! Golden, silky and hazy, tasting notes of tropical citrus fruits and ripe peach. 8.6%

WITBIER WITH LEMON: Ecliptic Brewing’s second Cosmic Collaboration of 2020, this time teaming up with Cloudburst Brewing to create a Belgian-style witbier brewed with real lemon, orange peel and coriander.

DISSIDENT AGGRESSOR: Hazy IPA that was murdered with Citra hops paired with a Voss Kveik yeast. The Citra hops bring out strong tropical fruits and grapefruit with a hint of lime on the aroma, while the Kveik adds subtle fruity notes of orange and citrus. 6.8%

TEAL FUZZ: A bigger version of the Bellingham brewery’s flagship IPA brewed with their favorite blend of malts and oats, hopped with Mosaic and a hint of Chinook.  It hits the nose with tropical fruits, followed by notes of dried mango and grapefruit with a healthy dose of pine, a soft body, creamy mouthfeel and subdued bitterness on the finish. 7.2%

COSM OF DARKNESS: Cosm of Darkness is an imperial stout brewed in collaboration with Timber Ales‘ friends from The Eighth State Brewing Company. This beer has been aged on Ugandan vanilla beans and cassia bark before being canned for your enjoyment. 12%

LUMBERJACK STYLE BATCH 1 (MOSTRA COFFEE): Lumberjack Style is the reincarnation of our first homebrewed Imperial Stout. Batch 1 has been aged on Vermont maple syrup and a custom blend of coffee from our friends at Mostra Coffee. 12%

GALACTIC TIDE: Hazy IPA fermented and dry hopped under pressure with Citra, Mosaic, and 2020 Galaxy with a pillowy mouthfeel and ample tropical fruit both on the nose and in flavor. 6%

NO BILLBOARDS IN SPACE: Hazy IPA hopped with Chinook in the whirlpool, Mosaic and Azacca in the dry hop for a more floral hazy than Galactic tide. 6%