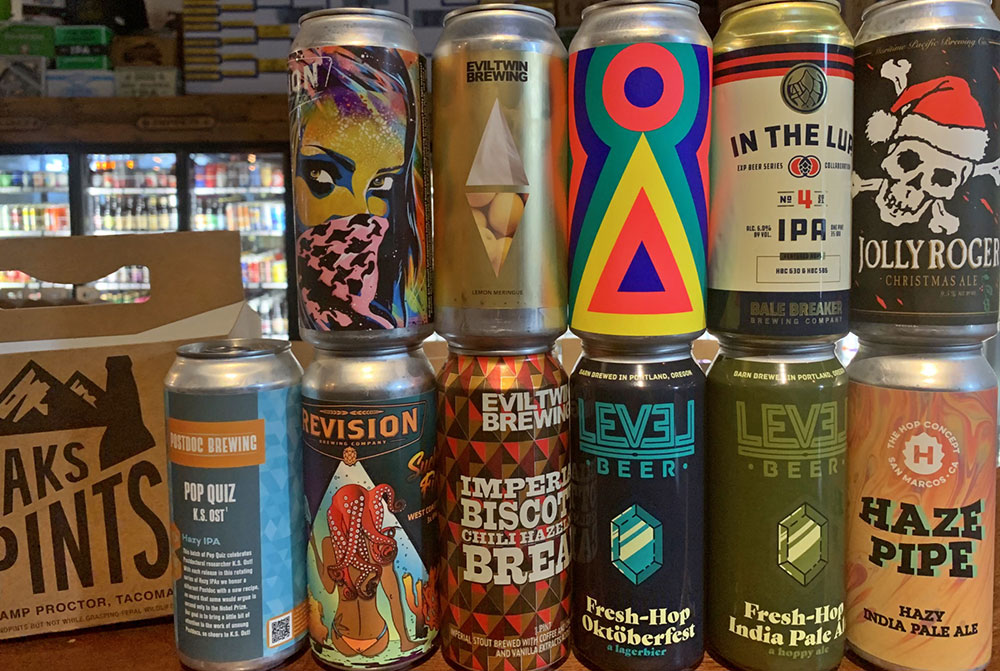 Level Fresh Hop ’21 – Oktoberfest: Hundreds of pounds of fresh picked Willamette from from Goshie Farms in the Willamette Valley, 5.9%

Omnipollo Fatamorgana: Quadruple IPA that has been dry hopped with Citra 10 times, 12%

Revision Sucka Fish: Triple IPA with heaps of Amarillo, Mosaic and Simcoe hops provide a tantalizing mix of ripe citrus notes plus a touch of pine, 11.5%

The Hop Concept Haze Pipe: Hazy IPA brewed with Simcoe, Mosaic, Citra, Amarillo, and Strata for huge notes of grapefruit and tangerine that finishes just as juicy with the faintest hit of bitterness, 6.5%