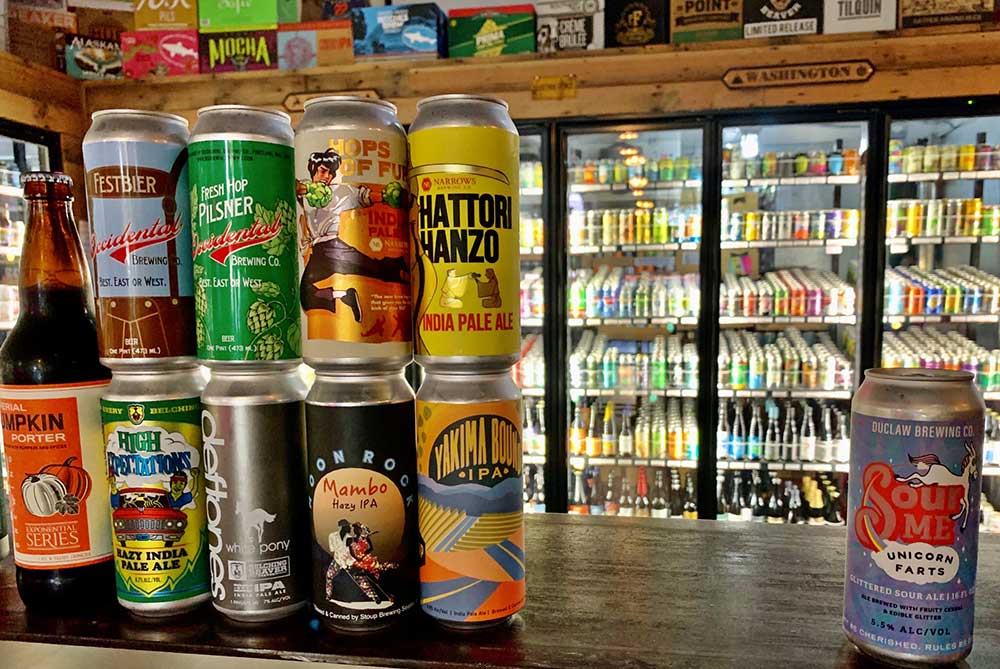 Here are a few new craft beer that landed this week in the Peaks & Pints cooler. Check out Peaks and Pints New Beers In Stock 9.11.20 and load up for tonight’s Seattle Mariners game against the Diamondbacks. Cheers!

HIGH EXPECTATIONS: Brewed with Galaxy, Motueka, Amarillo, Idaho 7, and Citra hops, this hazy IPA is loaded with notes of pineapple and grapefruit but finishes with a dank, tropical fruit character. 6.7%

SOUR ME UNICORN FARTS: Brewed in collaboration with Diablo Doughnuts, this glittered sour ale with fruity cereal mashed in brings slightly tart sour, a bouquet of fruits and a hint of biscuit. 5.5%

HATTORI HANZO HAZY IPA: The next beer in Narrows Brewing’s Tarantino series, Hattori Hanzo is brewed with a majority oats and hopped with all Citra. It’s soft and creamy and oat-y and Citra-y and delicious. 7.2%

HOPS OF FURY HAZY IPA: In honor of the martial arts master himself, Narrows brewed Hops of Fury IPA to have an aroma like a kick to the face. Using large amounts of Apollo, Sultana, NZL-32,  and Strata hops, HoF IPA captures fresh, out of the bag hoppiness. 7.2%

MOONROCK MAMBO HAZY IPA: El Dorado in the whirlpool and Cashmere, Azacca, and Comet in the dry hop produce a siren song of tangerine, stone fruit, and tropical fruit aromas on a bed of soft malt flavors. 6.9%

YAKIMA BOUND IPA: Brewed for the hard-working Yakima hop farmers, this IPA is filled with late additions of Chinook, Citra, and Amarillo for a grapefruit, pine, and orange pint of West Coast goodness. 6.8%