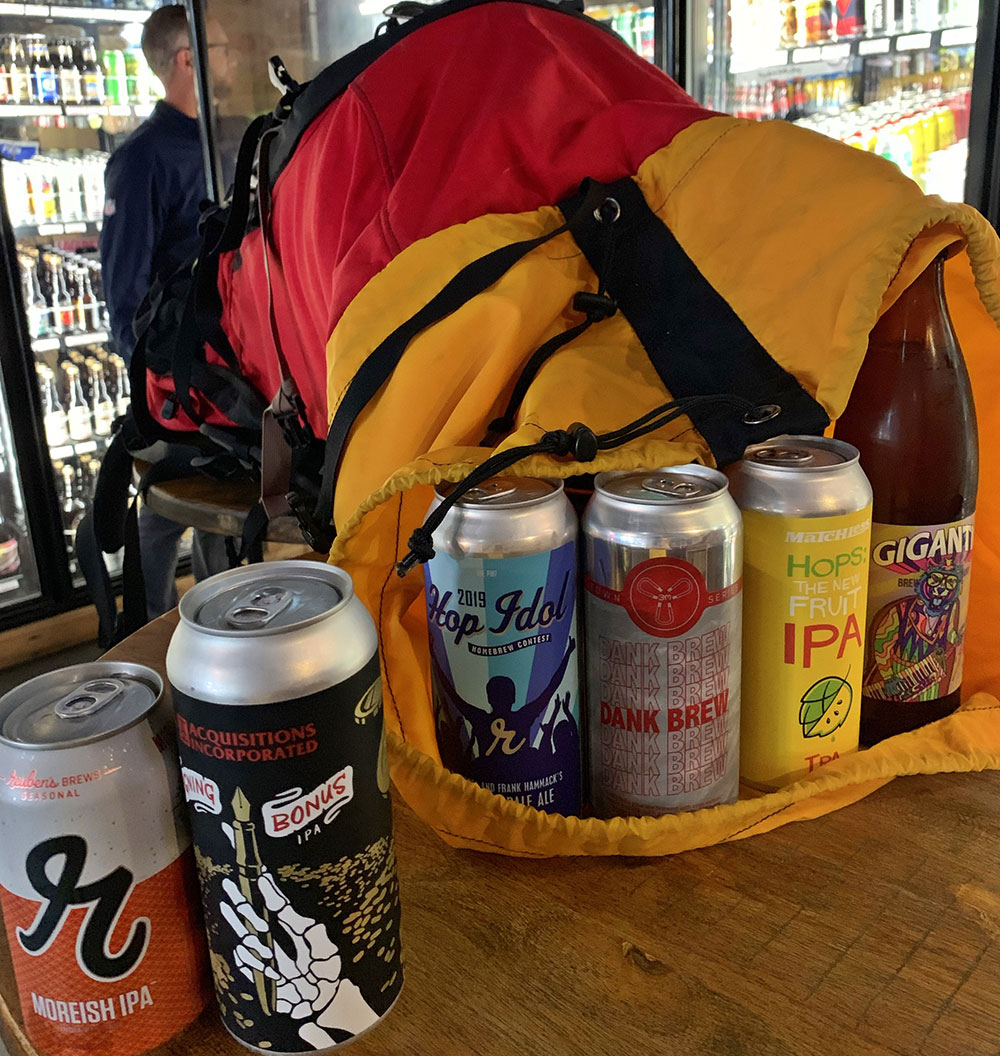 Very few things are better after a long Labor Day Weekend hike on the trail than a well-made India Pale Ale. It’s almost like the beer was made for hiking. Peaks and Pints New Beers In Stock 8.30.19: IPAs features six new beers for cooler bagging today. Cheers!

HOPS: THE NEW FRUIT: Matchless Brewing‘s West Coast Style IPA doesn’t shy away from the traditional bitterness of a true IPA while at the same time showcasing bold tropical fruit character. It starts off with a nose of ripe pineapple and papaya, then follows through with mango and nectarine on the palate and finishes with notes of cantaloupe and honeydew. 7%

MOREISH IPA: “1. (of drink) Having a very pleasant taste and making you want more. As in, ‘These Reuben’s Brews IPAs are very moreish, aren’t they?’ This modern IPA is the perfect balance of tropical hops and crisp, bready malts.” 6.7%

DANK BREW: Dude, this Three Magnets hazy IPA is brewed with Mosaic Cryo hops, then double dry-hopped with Azacca and Motueka to create a hazy cloud of dank goodness. 7.1%

SIGNING BONUS IPA: A collaboration brewed with Acquisitions Incorporated, Two Beers‘ tropical IPA is built on a flake free grist of 2 row, Golden Promise, Dextra Pils, and a touch of honey and aromatic malt this round comes out a bright yellow gold with a balanced malt sweetness. Hopped almost exclusive in the whirlpool with equal parts Belma, Citra, and Simcoe, then dry hopped twice — Citra and Simcoe followed by all Belma — gives off aromas of strawberry and orange sherbert backed by malt sweetness. 5%