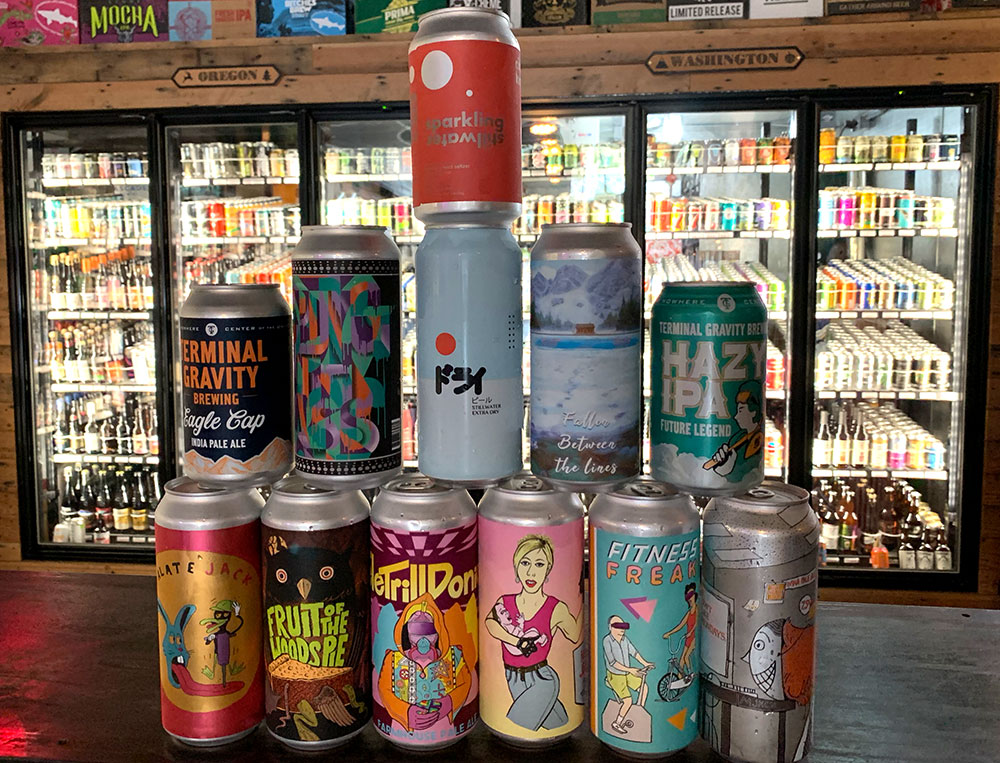 Here are a few of the many tasty treats that arrived this week! Which ones are you excited about? Abomination Brewing Fruit of the Woods Pie sour? Hoof Hearted Mom Jeans imperial milk stout? Terminal Gravity in the mo-fo house?! Cheers!

PALATE JACK: Single Sabro hop Palate Jack IPA is bursting with tropical aroma and flavor — so much pineapple and coconut it may leave drinkers thinking about a piña colada. Its bright, crisp, bubbly body accentuates the assertive citrus qualities. In the end there’s a subtle soft sweetness of peach and orange. 6.5%

I DON’T LIKE MONDAYS IPA: This New England style IPA brewed with Galaxy, Mosaic and Simcoe perches on light flavors of biscuit, caramel, and toasted malts before springing on strong flavors of juicy orange, pineapple and piney hops, purring with light to moderate amount of lingering bitterness. 7.5%

FITNESS FREAK: The German house tunes blare. Magnus Ver Magnusson trades in the stationary bike for a super set with the Captains of Crush. Like a millennial taking orders from their yogi/barista, the machine bends to his will. “Brass, Steel, and Honor,” is repeated time and again as he makes his gains. This vanilla, maple, and Sumatran coffee imperial stout his reward. 14%

MOM JEANS: Ever wondered what your favorite stout would taste like if it was wearing silk pajamas? Well the wait is over, Mom Jeans was brewed with malted oats and lactose sugar to insure a creamy, sumptuous, saxually mouth coating flavor. Notes of malted milk chocolate and coffee are delivered as smoothly as if Toto was jamming “Rosanna” in your mouth. Imperial milk stout. 8%

HAZY IPA FUTURE LEGEND: Brewed with Citra and Denali hops, as well as an experimental hop variety known only as 07270, this hazy and juicy IPA has significant notes of mango and guava. 6.9%