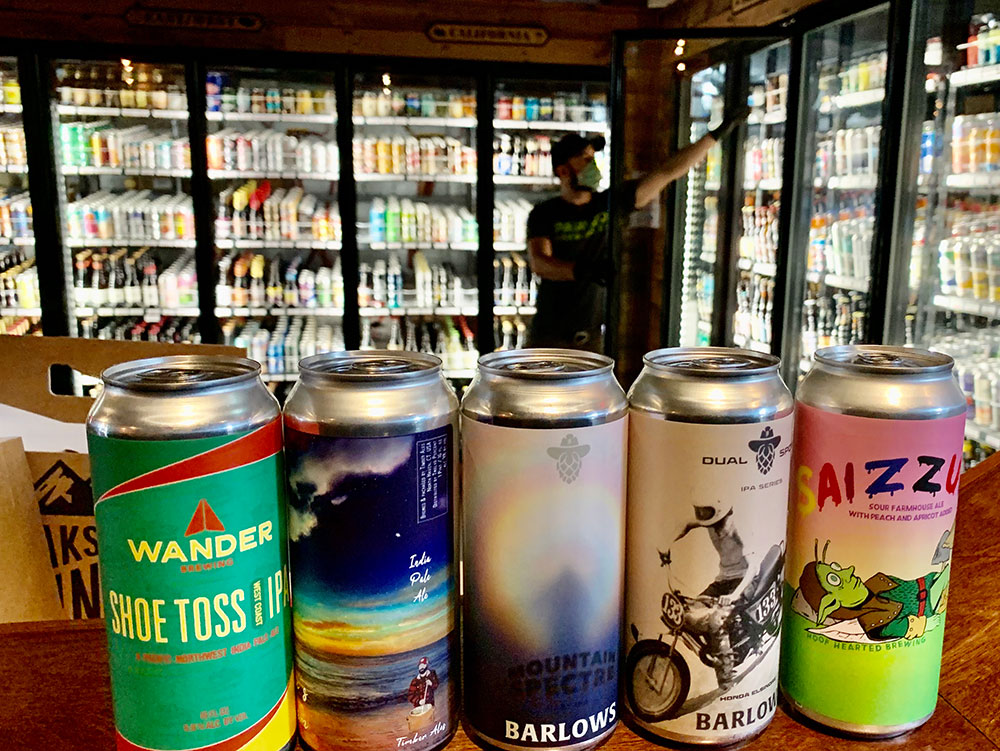 Peaks & Pints typically follows a positive line of thinking and posting, but it’s hard not to acknowledge the horrific scene of racism and police brutality that continues to flood the headlines. RIP George Floyd. Peaks and Pints New Beers In Stock 6.1.20 offers five new, highlights five new worthy craft beers to our cooler. Be well and safe everyone!

MOUNTAIN SPECTRE: A Brocken spectre, also called Brocken bow or mountain spectre, is the magnified shadow of an observer cast upon clouds opposite the Sun’s direction. It’s hazy, angelic, awe-inspiring and the phenomenon that inspired Barlow’s to brew this IPA loaded with Simcoe and Mosaic hops for more pine than fruit. 6.1%

SAIZZURP PEACH & APRICOT: Crushable, dry farmhouse ale brewed with peaches and apricot for raw sour peach with slight apricot and some yeast on the nose, followed by a slight sour flavor with just a bit of apricot in the finish for balance. 6.5%

INSOMNIAC’S DAYDREAM: Insomniac’s Daydream is part of the New York brewery Timber Ales‘ rotating IPA series — this hazy version dry hopped with Citra and Galaxy hops. Expect light to moderate aromas of gooseberries in the nose. The taste has flavors of limes and gooseberries along with notes of lychee. Little, if any, bitterness is perceptible. 7%

SHOE TOSS IPA: Now in cans, Wander‘s Shoe Toss is brewed with more than 50 pounds of hops go into each batch of this golden orange colored rye IPA creating a big citrus, pepper fit. If you sniff the Shoe you’ll get dark berry fruits, rye bread, spicy and pepper. The addition of rye adds complexity to the flavor including a crisp spiciness on the palate.