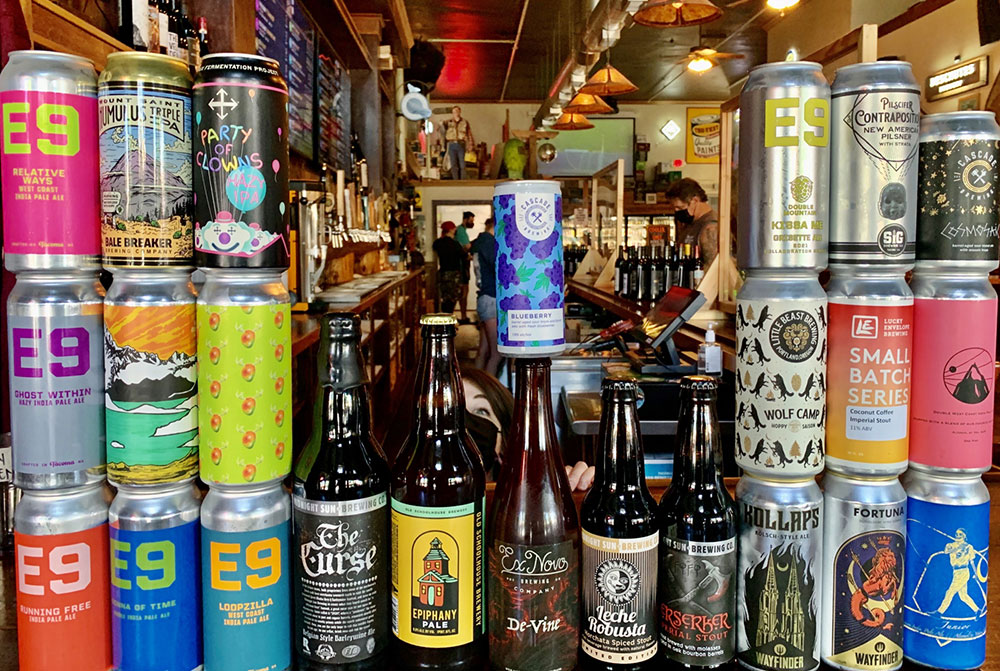 Happy Thursday! Peaks and Pints New Beers in Stock 5.13.21 has more than enough new craft beer arrivals to keep you busy this weekend.

Cascade Brewing Barrel House Blueberry: A blend of sour triple and blond ales aged in Pinot Noir barrels for up to 2 years with fresh Oregon-grown blueberries, 8.3%

Cascade Cosmosaic: Sour blond ale aged in oak barrels for up to 10 months followed by a late addition of Mosaic hops, bringing hoppy harmony to the cosmic complexity of sour beer, 4.4%

Crux Fermentation Project Party of Clowns: Hazy IPA brewed with Citra, Cascade, and a hop so new it doesn’t even have a name for juicy melon and citrus notes, plus a soft bitter finish, 6.9%

E9 Ghost Within: Inspired by Orange Wine, Ghost Within is a slightly hazy IPA with heavy hop characteristics of grapefruit, citrus, mango, and peppery gooseberry, 6%

E9 Kissa Me: A collaboration with Double Mountain Brewing, this grisette is supremely crushable and can conditioned, 4.8%

Wander Brewing Mango Antlers: Brewed with wheat, oats, loads of Citra, and fermented with mangos, this hazy IPA hits the nose with tons of mango, followed by citrus, pineapple, and hint of banana, 6.6%

Wander This Must Be The Place: Wander’s seventh anniversary hazy double IPA is packed full of Azacca, Mosaic, Citra, Idaho 7, and Simcoe for huge, dank, and orange juice vibrations, 8.2%

Wayfinder Kollaps: This Kölsch follows the historic recipe for a clear and yellow color, with a slightly fruity aroma, and a sharp crispness, 4.7%