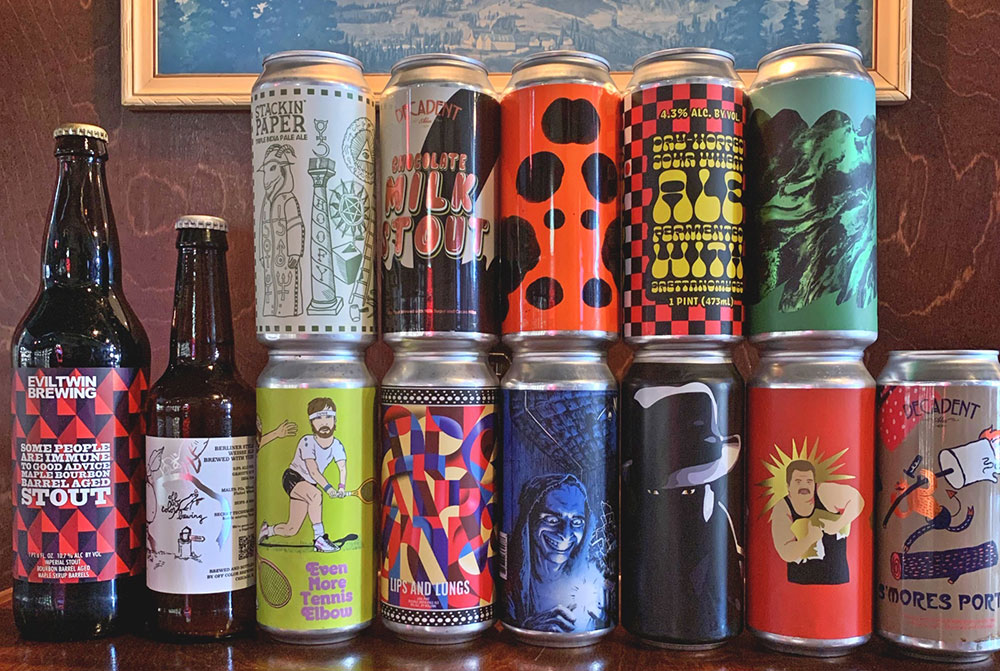 Flowers bloom, jackets get placed in storage and new beer makes its way onto the Peaks & Pints’ shelves. If today’s recent weather is any indication, spring is officially here. And while Peaks and Pints doesn’t want to jinx it, we’d be lying if we told you we weren’t already daydreaming of returning seasonals that pair well with warmer temps and added sunshine, and maybe a couple of the stout below, haha. Enjoy Peaks and Pints New Beers In Stock 4.9.20.

POWER TIPA: Based in Tulsa, Oklahoma, American Solera is a blend of unique beers created by brewer Chase Healey, who is the guy that started Prairie Ales. His Power Triple IPA hits the nose with a sweet and enticing aroma of tropical fruit, hops, malt, and citrus fruit. The tropical fruit continues on the tongue, specifically guava and mango, plus a good shot of hops, and a decent bit of citrus fruit. 10%

SOME PEOPLE ARE IMMUNE TO GOOD ADVICE MAPLE BOURBON BARREL AGED IMPERIAL MAPLE STOUT: An intense imperial oatmeal stout brewed with a healthy amount of the best maple syrup money can buy, from our friends BliS in Michigan and then aged in barrels that previously aged that same syrup. 10.7%

LIPS AND LUNGS: Our silky smooth DIPA brewed with Citra and Strata hops. Graciously dry hopped with the same varietals. 8%

GOSE GONE WILD: This German-style wheat ale is part of their Remix Project and it starts life as Westbrook Brewing’s Gose. To that, Stillwater adds “massive doses” of Citra and Amarillo hops and then ferments the beer with various strains of Brettanomyces yeast. 4.3%