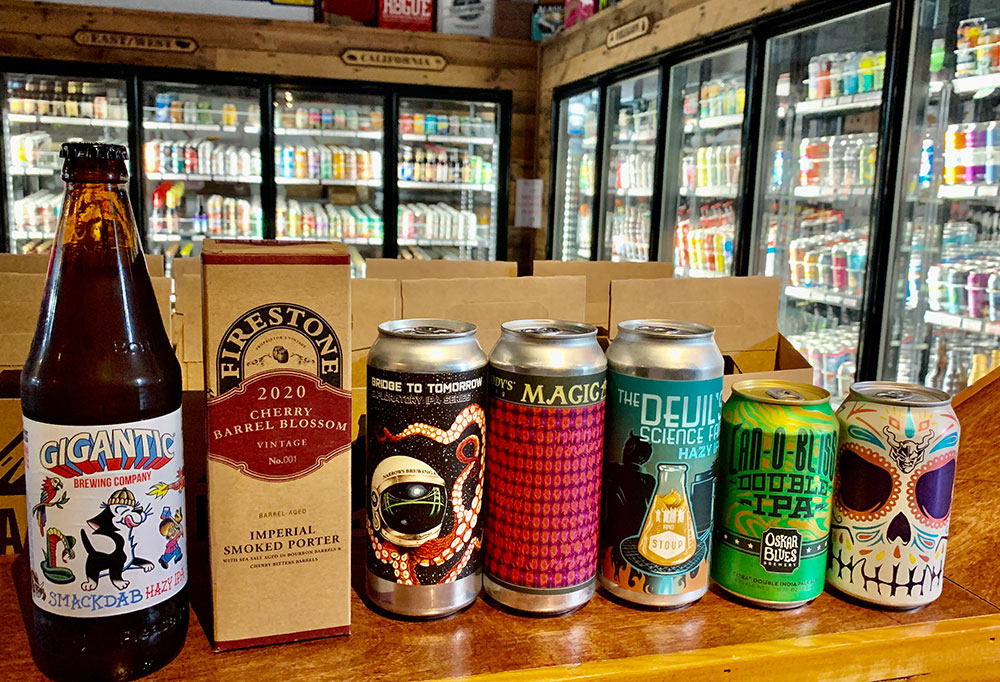 On behalf of our entire staff, Peaks & Pints would like to give a huge THANK YOU to everyone who came out to support us this past weekend! We are so grateful for your constant loyalty and support — you continue to give us hope for what lies ahead. Peaks and Pints New Beers In Stock 4.21.20 offers a bunch of new hazy IPAs. Cheers!

MAGIC IPA: Kveik strain of yeast brings out juicy flavors, plus remove the label and bring back times of old with a Magic Eye illusion. 6.5%

SMACKDAB HAZY IPA: New England meets West Coast IPA that’s full of juicy tropical fruitiness from Citra and Mosaic hops, but with a bit of a bite that’s expected from an IPA on the finish. 6.3%

BRIDGE TO TOMORROW V.9: The latest in Narrows Brewing’s Exploratory IPA Series, version 9 features 2-row, unmalted wheat and a touch of Pilsner malt before hopped in the whirlpool with the Bruce Blend — a vibrant, aromatic and concentrated hop blend created in honor of Bruce Eggers, founder of Eggers Hop Farm in New Zealand. It’s also dry hopped with Motueka and Simcoe. 7.4%

CAN-O-BLISS CITRA DOUBLE IPA: It’s chock full of Citra hops, which isn’t a shocker, and delivers a one-two punch of hop aroma and blissful flavors of passionfruit and citrus, balanced with a substantial malt backbone. 8.2%

BUENAVEZA SALT & LIME LAGER: As you know from the Tournament of Beer: West Coast Flagships, Stone Brewing was founded in San Diego County, just minutes from the border. Their southern neighbor has inspired this lager brewed with salt and lime. 4.7%