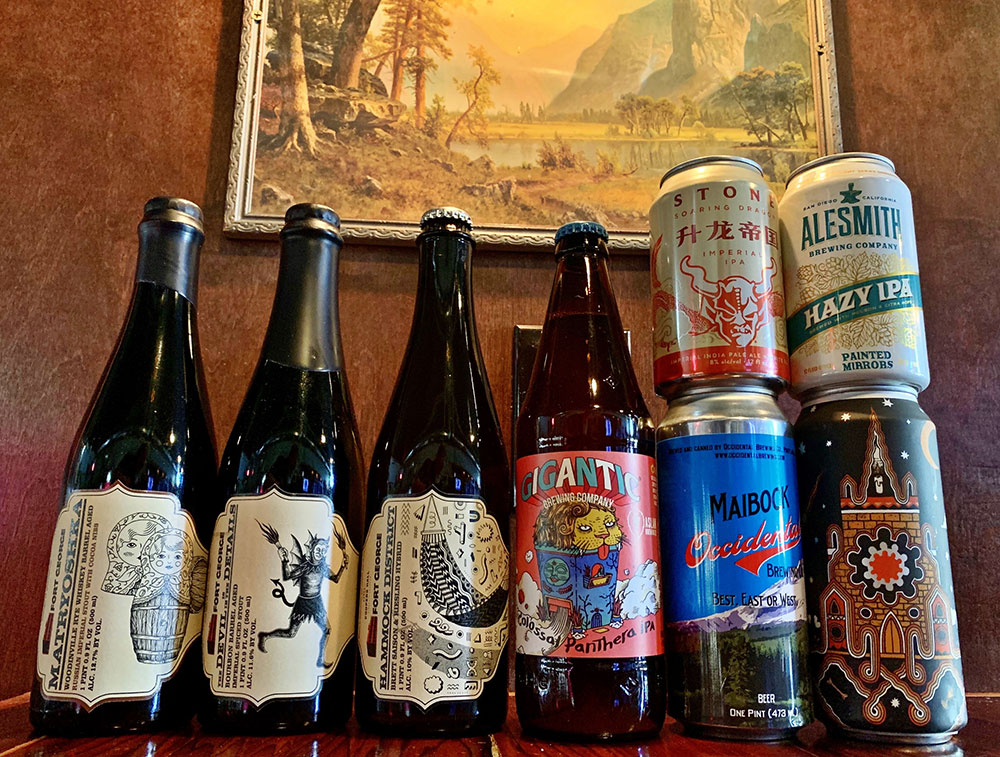 We’re back from our day off with Peaks and Pints New Beers In Stock 4.14.20. Visit us — at a socially responsible distance — fill up a growler or grab some of the new beers below and tell us your most embarrassing moment that happened at Peaks & Pints. We could all use a good laugh and some good beer right about now. Cheers, friends!

PAINTED MIRRORS: The first “Hopwright” release of 2020 is this hazy IPA loaded with Nelson and Citra hops for an aromatic hop-bomb bursting with bright notes of citrus, mango, and berries, all balanced by a creamy, smooth finish. 7.2%

THE DEVIL IS IN THE DETAILS: Brewed by Michal Frankowicz, bourbon barrel-aged imperial stout was created with the thought of having multiple layers of flavor in it. Maple syrup was added to the whirlpool and other chipotle and aji panca chiles, vanilla, and fenugreek seeds added to the barrel throughout over a year. 11%

HAMMOCK DISTRICT: A collaboration with Coopers Hall Winery of Portland, this saison is co-fermented and aged in French oak Riesling barrels for 6 months, with a mixed culture consisting of wild saccharomyces, a few saison strains, over 14 different Brettanomyces strains, and a couple of Lactobacillus strains. The end result is a light funky aroma that leads into loads of fruit flavors like peach, green apple, pineapple, and melon, and then finishes bright, dry, and crisp. 8.4%

RYE MATRYOSHKA: A barrel-aged version of From Astoria With Love, a Russian imperial stout, aged in Woodinville Rye barrels with cocoa nibs for rye barrel spice and subtle cocoa on the finish. 12.7%

COLOSSAL PANTHERA IPA: A collaboration with Aslan Brewing, this tropical IPA is brewed with a menagerie of hops, including Styrian Dragon and Styrian Wolf. Prepare for hop flavors of mango, passionfruit, citrus and berry. 7.7%

MAIBOCK: Maibock is a strong German lager style brewed for the spring. Occidental Brewing’s version is an easy-drinking, refreshing example of the style with a very slight sweetness and moderate alcohol finish. 7%

SOARING DRAGON IMPERIAL IPA: Stone brewers took a side trip to the famous Tianshan Tea City market in Shanghai, China, to experience the legend themselves. Inspired, they began experimenting back home, learning how well the delicate, floral qualities of these teas worked in combination with certain hop varieties. This imperial IPA loaded with White tea is the result of that bountiful trip and the resulting experimentation. 8%

LINK: More beers in the Peaks and Pints cooler