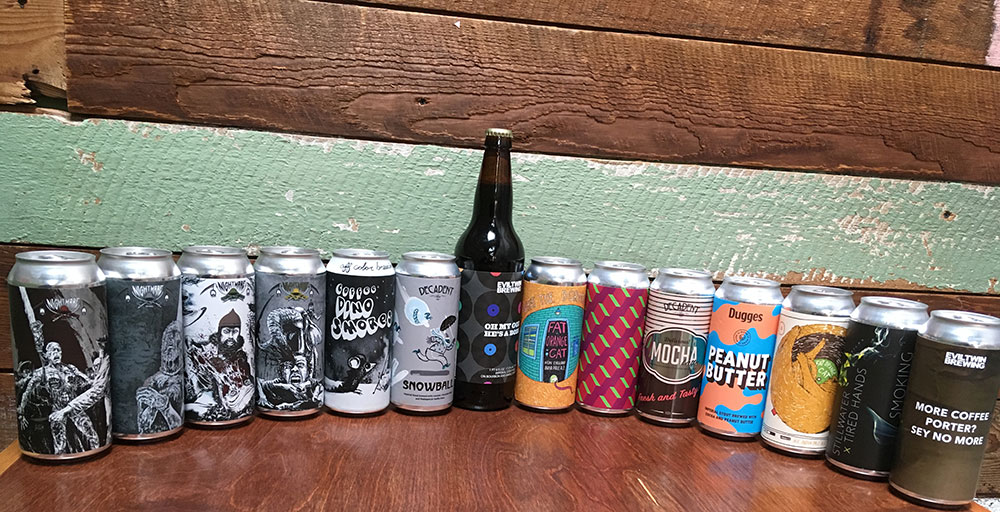 Peaks & Pints continues to follow the appropriate sanitary protocol that all restaurants are held to — hand-washing, constant sanitary wipe-downs, gloves for chefs, and drinking from our own glasses. We’re taking this pandemic seriously, which means it’s business as usual at Peaks & Pints. Peaks and Pints New Beers In Stock 3.11.20 offers new beers that have arrived to our cooler.

TROPICAL HAZY SOUR: Capitalizing on Anderson Valley Brewing’s award-winning gose series, Tropical Hazy Sour is brewed to be tart and refreshing using the traditional kettle souring method. Tropical flavors are introduced in the fermentation process through the use of real guava and passionfruit. Finally, the AVBC brewing team found that leaving the beer hazy resulted in a more aromatic beer and added to the overall balance of the beverage. 4.3%

I CAN SHOW YOU THE WORLD: A collaboration with The Rare Barrel, this pilsner is brewed with crackery Canadian base malt balancing herbal, fruity, and floral flavors from European hops and jasmine flowers. 5.3%

MOCHA LATTE: Decadent calls it a coffee IPA but it leans more toward a blonde stout with creamy mouthfeel and some vanilla. 8%

SNOWBALL: This imperial milk stout hits you in the face with coconut and chocolate for a super sweet beer with represented flavors, plus vanilla bean. 12.3%

PEANUT BUTTER: This imperial stout caresses the nose with peanut butter but bumps it up in flavor with underlying notes of chocolate. 10%

OH MY GOD, HE’S A BOZO: OMG, it’s Evil Twin’s Bozo aged in BLiS Gourmet maple syrup barrels for 18 months for a well-balance stout, but with all the booze. 17.2% 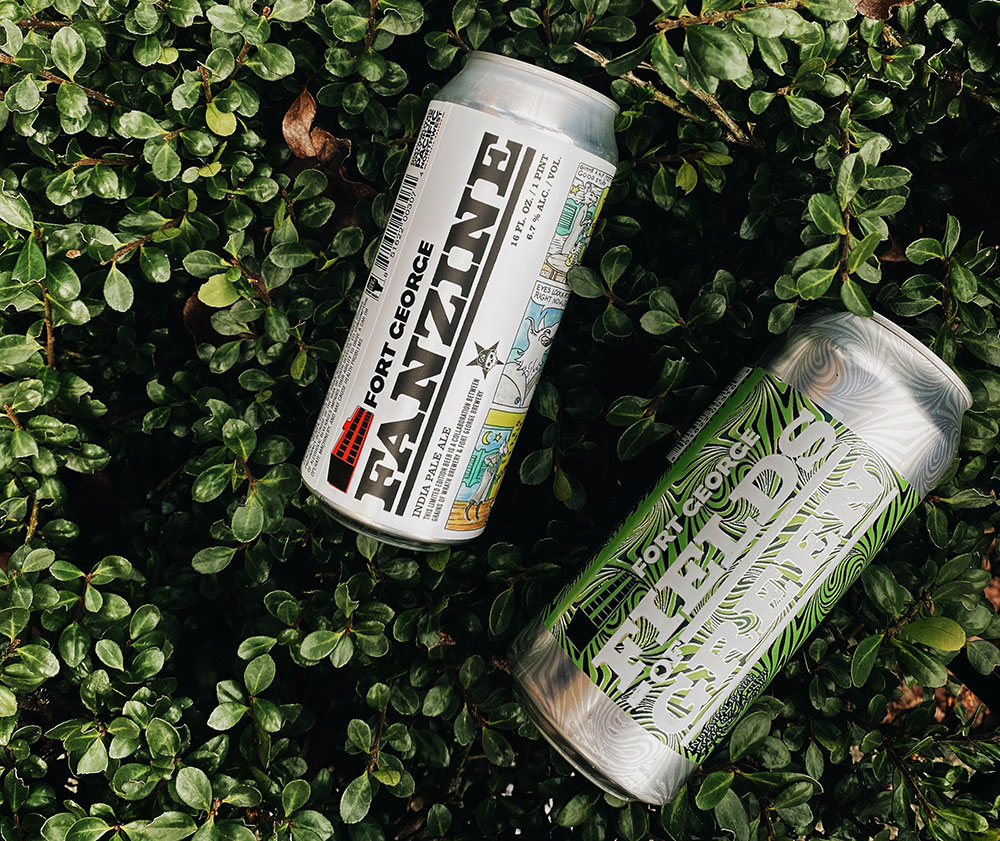 FIELDS OF GREEN (OSCAR): Fort George’s Fields of Green is an exploration of hop-perceptions, pushing the limits of your lupulin receptors. This periodic IPA release, always evolving, has landed at Peaks and Pints. Named “Oscar,” this Fields is full bodied with some sweetness up front but with a balanced bitterness and lingering fruitiness notes of tropical fruit and grapefruit pith. 7.6%

FANZINE IPA: Fort George collaborated with Grains of Wrath Brewery on Fanzine IPA, a crisp, clear, West Coast style IPA featuring the art of independent folk legend Michael Hurley, who himself is the subject of a Fanzine. The IPA’s piney bitterness backs up the heavy hop additions, with grapefruit and other citrus notes. Mild sweetness from the malt bill lingers with a taste of orange juice. 6.7%

REMEMBER WHAT THE DORHOUSE SAID: Feed your head with this hazy, juicy and fruity New England-style IPA brewed with Eureka and Citra hops. 7%

CLOUDBERRIES HAZY IPA: Gigantic Brewing hazy IPA brewed with Experimental 527 hop — a magical hop with notes of strawberry jam and citrus. Combine that with the cane berry, mango, and citrus notes of Mosaic and Cloudberries is ready to help you through tomorrow’s games. 7.5% 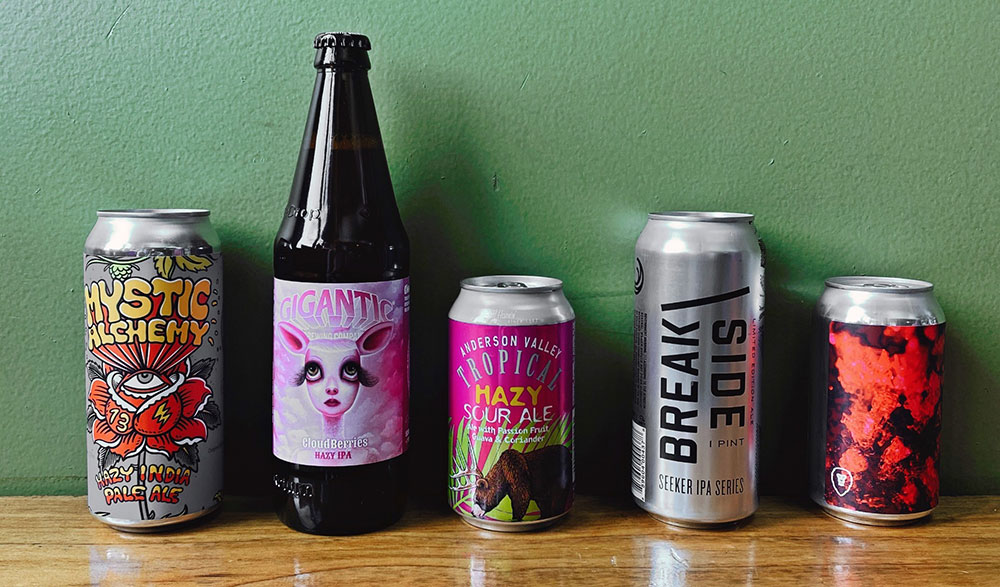 FLAYED: Flayed is an imperial oatmeal IPA with nectarous citrus aromatics of ripe tropical fruits, marmalade and sweetgrass. A massive base of oat varietals provides the foundation of mouthfeel for tangerine, sugared grapefruit, sweet tarts and tangelo. 9.6%

GUNGA RAO: Soured on pineapple and coconut, this IPA is also brewed with Moroccan mint, and a hop blend of Sabro, Kohatu and Cashmere. It result crushes with the taste of a hoppy, tropical, fruit-forward gose. 8.3%

LINGCHI: Lingchi is an Asiatic sour ale soured on apricots with rice sugar, candied ginger, peach and apricot purée, with all ingredients originating from China. The stone fruit/sherbert nose will torture you until you dive into the floral backdrop with gummy peach ring and ginger sharpness. Expect a puckering dry finish of fuzzy nectarine balanced with candied ginger zing. 8.1%

SMOKING BUDDIES: According to Urban Dictionary, a “Smoking Buddy” is a friend with whom your interaction consists of almost nothing but smoking marijuana. Conversation with this person is usually limited to stories involving weed, pipe dreams about smoking weed, or actually smoking weed. Stillwater Artisanal Ales and Tired Hands Brewing’s pipe dream is a smoked imperial IPA aged on cedar, with both smoke and cedar on the mild side. 8%