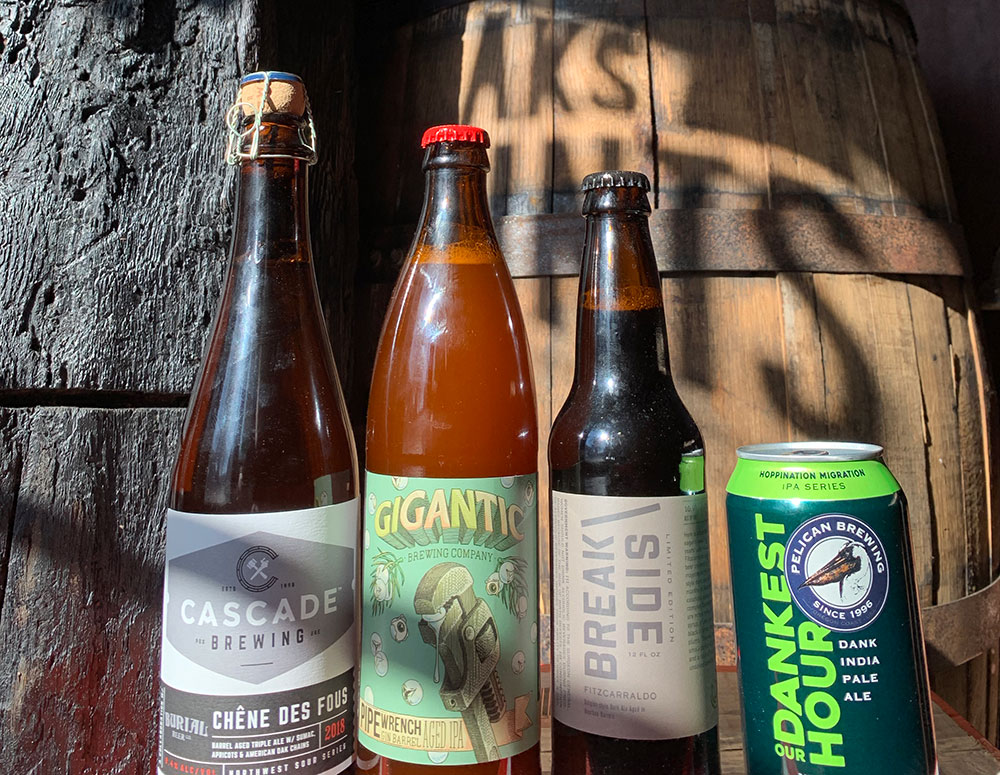 There are roughly 23,000 genes in the human genome. The human brain has 100 billion neurons; each neuron connected to 10,000 other neurons. Craft beer can sometimes feel just as complex. Understanding what a beer might taste like from its name alone can be a little daunting. Despite the craft beer community’s welcoming nature, it is easy to see why newcomers might feel lost when perusing our cooler. Peaks and Pints New Beers In Stock 2.18.20 isn’t going to help matters. You’re going to need all 100 billion neurons to decipher three of the beers below. Cheers!

FITZCARRALDO: Breakside brewed a Belgian quadrupel in February of 2018, and then aged it in Heaven Hill Bourbon barrels for 22 months. The finished beer is actually a cuvee — the base quadrupel is blended with a bourbon barrel-aged Baltic porter, French Quarter barleywine and Salted Caramel Stout for added sweetness, wood character, and a very light level of roast and spice. 10.9%

CHENE DES FOUS: Made in collaboration with Burial Beer Company in Ashville, N.C., Chêne des Fous — pronounced “shen de-FOO,” meaning “Oak of the Fools” –– is a blend of sour triple ales aged for up to 18 months in French oak barrels with dried sumac, fresh apricots and toasted American oak chains. Intense oak flavors are met with savory lemon and dried fruit notes from the sumac and a subtle stone fruit aroma. 9.7%

OUR DANKEST HOUR: Part of Pelican’s Hoppination Migration series of experimental IPAs, this IPA flies with assertive resiny, earthy pungency known as dank. A bold blast of hop character with notes of pine tree, blackberry and stone fruit sets the stage, while malt undertones of biscuit and subtle caramel round out the flavor balance. A candied citrus impression leads to a clean hoppy finish. 7.5%