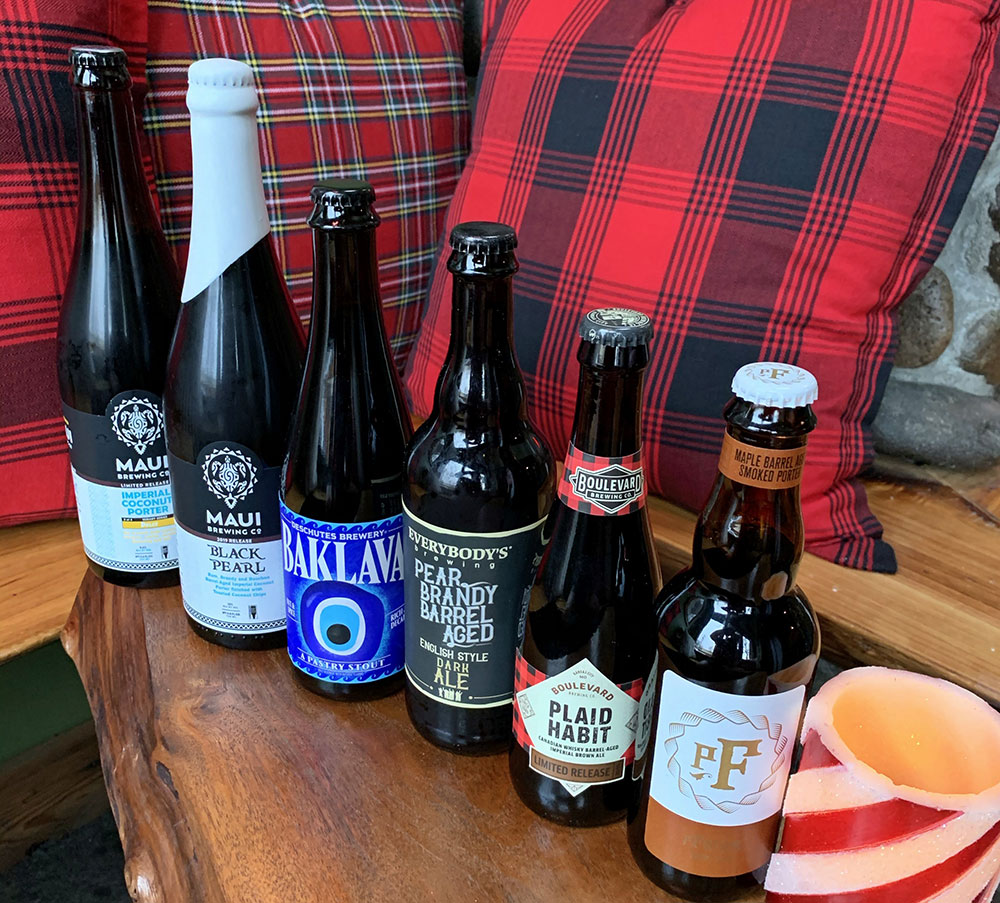 In the fall, our palates are assaulted with pumpkin spice madness, but as November fades into December, the days get shorter and the thermostats set higher, the time of year arrives that calls for big-bodied beer, usually with a higher alcohol content, and often spices, that literally offers a warming effect. Today, Peaks and Pints New Beers In Stock 12.3.19 offers six big beers from our cooler. Cheers!

BAKLAVA: Deschutes stout brewed with cinnamon, clove, cardamom, honey, and almond flavor, then aged in bourbon, port, and sherry barrels for up to 19 months. 13.3%