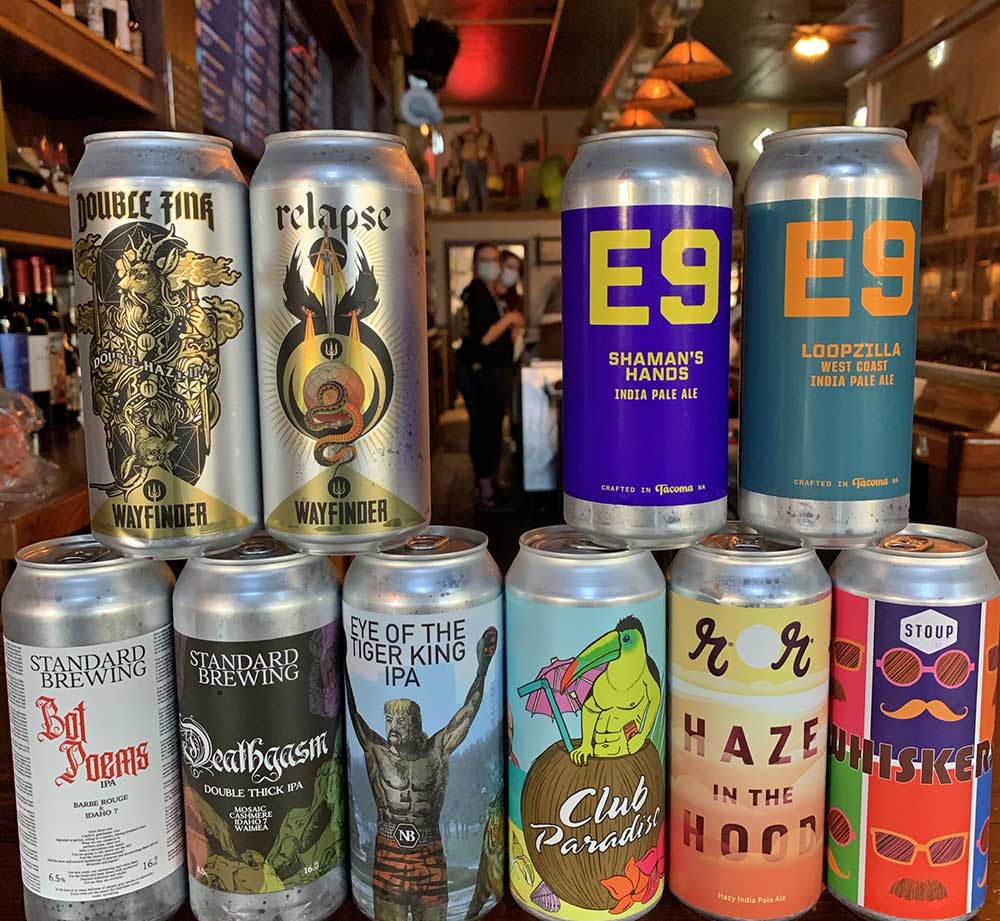 It’s Friday the 13th. There’s no need to be a half-glass full kinda person when you can easily keep your beer glass full of these and many more new arrivals to the Peaks & Pints cooler. Stock up for the weekend, including Seahawks Sunday. Cheers!

Aslan Hook’s Stash Pale celebrates the life of former Pro Patrol and Mt. Baker Legend, Randy Hook. Hook was 19 when he started working at the ski area and continued off and on until he passed away in January, 2017 at the age of 67. Aslan’s Hook’s Stash Pale Ale is brewed with American 2-Row, malted wheat, and hopped exclusively with Nelson Sauvin hops. The dryness of this beer accentuates the dank white grape notes that dominate the flavor and aroma, 5%

Block 15 Story of the Ghost Double IPA is a hoppy tale of tropical fruit and citrus, complemented by subtle floral, herbal, and pine notes. 8.75%

Matchless ZZ Topaz is a sharp dressed hazy IPA can full of Zeus, Zappa and Topaz hops for pineapple, orange and melon on top of a bed of Pilsner, Pale, Wheat and Flaked Oats, 6.8%

Narrows Eye of the Tiger King IPA features new grain to Narrows, new techniques, whirlpooled with Strata and dry-hopped with Vic Secret and NZ Cascade for exotic hops flavors for Joe and a slightly bitter punch from Rocky, 6.2%

Oskar Blues Death By Coconut sports intense cacao flavors and coconut aromas, all supported by a semi-sweet porter made from loads of dark chocolate and extra dark caramel malt, 6.5%

Reuben’s Haze In the Hood is an extremely hazy double IPA dry hopped with Galaxy and Amarillo hops to compliment the fresh orange zest in the boil, 8%

Stoup Whiskers Out Export Stout offers aromas and flavors of dark roasted malts, molasses and a hint of chocolate, 7%

Standard Deathgasm is a double thick, double IPA that is brewed with Mosaic, Cashmere, Idaho 7, and Waimea hops for a wildly rich, juicy dank and tropical milkshake-ish, 8%

The Hop Concept Tropical and Juicy double IPA hits the nose with floral citrus and mango, while the flavor leads with a burst of bright papaya, pineapple and tangerine, and finishes with hints of spice from the hops and a clean, sweet malt undertone. 8.5%

Wayfinder Double Fink is a bigger and more intense version of Wayfinder’s classic Flower in the Kettle IPA upgraded with a myriad of sensational hops, boasting tropical and juicy complexity, 8.1%