If you want to drink the beer equivalent of a Pumpkin Spiced Latte, you have options. Whole patches of them, in fact. But if you’re looking for some great autumn releases that aren’t gourd-inspired, Peaks and Pints has your back, including these new arrivals to our cooler. Peaks and Pints New Beers In Stock 10.9.19 includes Fresh hops, imperial stouts and winter warmers. Cheers! 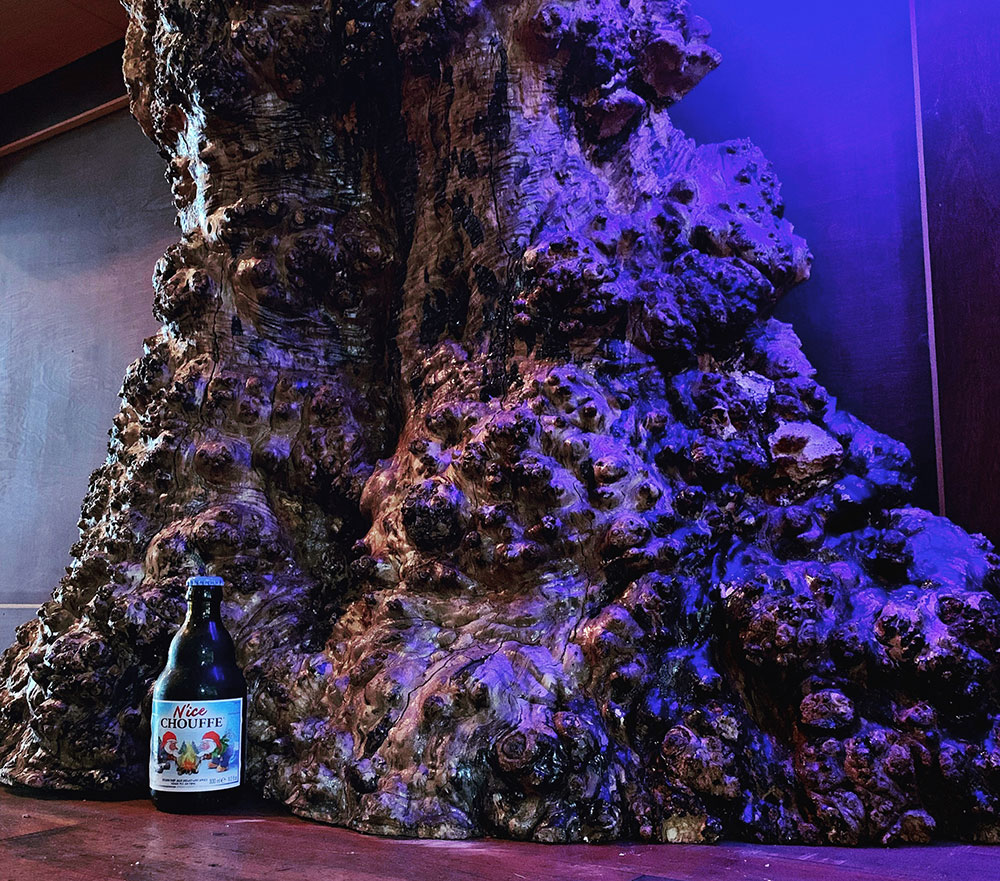 N’ICE CHOUFFE: The gnomes are back; this time popping out of our indoor Spalted Big Leaf Maple stump. N’Ice Chouffe winter ale is brewed with thyme and curaçao orange peel for deep caramelized malts, burnt sugars, and dark fruity overtones that rush the tongue and work to hold back the big alcohol presence. The beer is very sweet, but not cloying or sticky — just full-bodied with lingering hints of cherry and raisin in the finish. 10%

KILLER GREEN: Double Mountain Brewery and Taproom’s unique location lends to not only using pure and clean glacial water for their beers, but they also take advantage of regionally grown hops. Killer Green fresh hop IPA is brewed with Brewer’s Gold and fresh Simcoe and Centennial hops straight from Sodbuster Farms in the Willamette Valley. Quick from bine to the boil for initial bright evergreen, red fruit and blood orange flavors that finishes will all the juicy pine and slight herb. 7.3%

2019 BOURBON BARREL AGED DARK STAR IMPERIAL STOUT: The star of Peaks and Pints New Beers In Stock 10.9.19 is Fremont‘s new Bbl Dark Star release, which is “a blend of 24, 18, 12, and 8-month Bourbon Barrel-Aged Dark Star in 7-12-year old Kentucky bourbon barrels. The roasted and chocolate malts complement the smooth oats to bring you a stout delight wrapped in the gentle embrace of bourbon barrel-aged warmth,” according to Fremont. “It tastes like pure chocolate,” says a Cicerone at our bar. 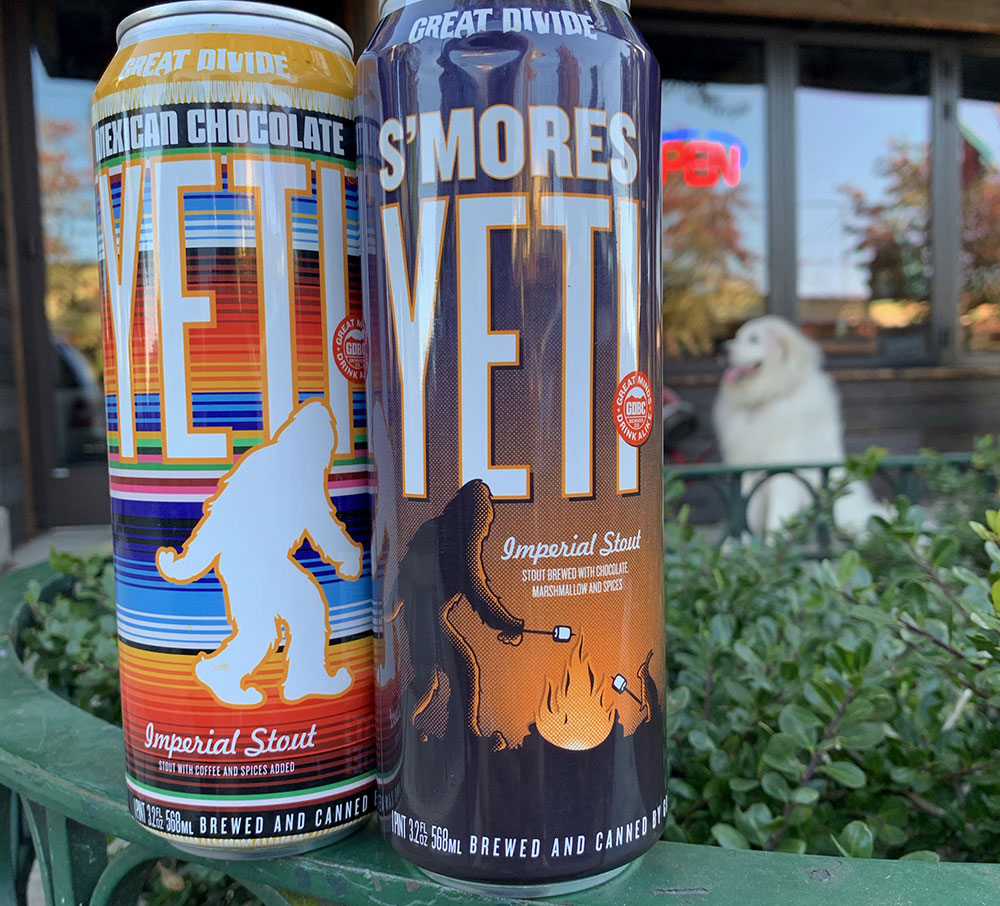 S’MORES YETI: Enjoy all the tastes of the classic campsite dessert — fire roasted, puffed confectionery on a bed of sweet milk chocolate flanked by cinnamon cracker made from graham flower — blended with the rich, roasty malt flavor of Yeti Imperial Stout. 9.5%

COZY SWEATER: Iron Horse Brewery pokes fun at ugly holiday sweater with its delicious vanilla milk stout, Cozy Sweater. Full of holiday cheer but a little lighter on the alcohol this brew wears a dark and chocolaty beer foundation. Then comes the lactose adding a smooth and round mouthfeel, plus a touch of sweetness with vanilla beans. Expect a sweet latte flavor mixed with some other tastes of roasted malt and a little bit of vanilla. 4.5%

BROWN SHUGGA: Brown Shugga was created in 1997 after Lagunitas Brewing brewers attempted to rescue a failed batch of Olde GnarlyWine Ale by adding “boatloads of brown sugar” — or so the story goes, anyway. Super sweet notes of caramel and brown sugar are yanked back by piney hops that kick in with a bitterness that intensifies for two or three seconds before starting to fade. When the beer is cold the hop bitterness is the dominant flavor, but it mellows out as it warms up letting the malts come through more. 9.7% 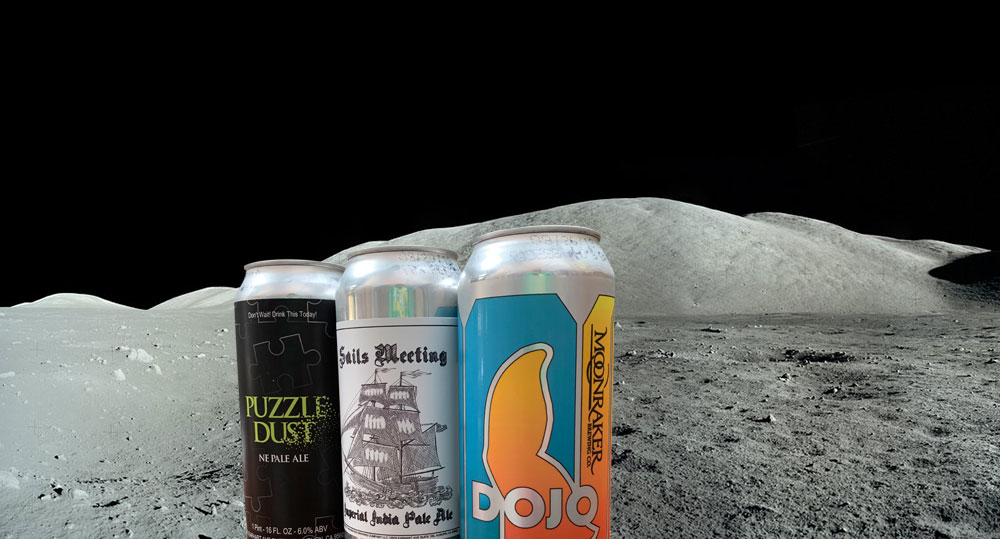 SAILS MEETING: Unfiltered double IPA with notes of fruity pebbles and fleshy oranges layered on top of a sweet graham cracker base. 8% 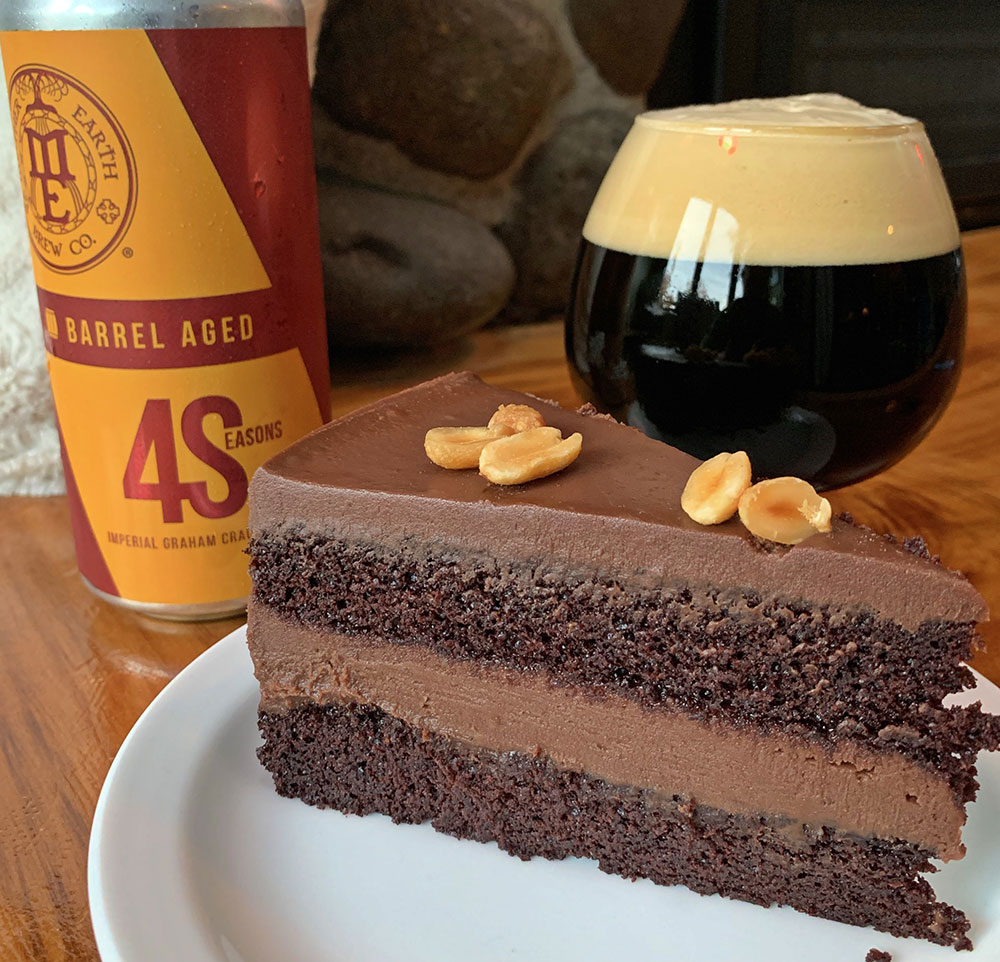 4SEASONS – BARREL AGED IMPERIAL GRAHAM CRACKER STOUT: Brewed with cranberries, vanilla, molasses and cinnamon, this imperial Thanksgiving stout has cranberry on the nose, with a dash of vanilla and ample cinnamon. 11.6%

SAMUEL HELLES JACKSON: Odd Otter Brewing Company’s Samuel Helles Jackson helles lager is as smooth as the man himself, with only German malt and hops hitting the kettles at the Tacoma brewery, producing just enough hop presence to balance the flavor and aroma of traditional German malts. 5.1% 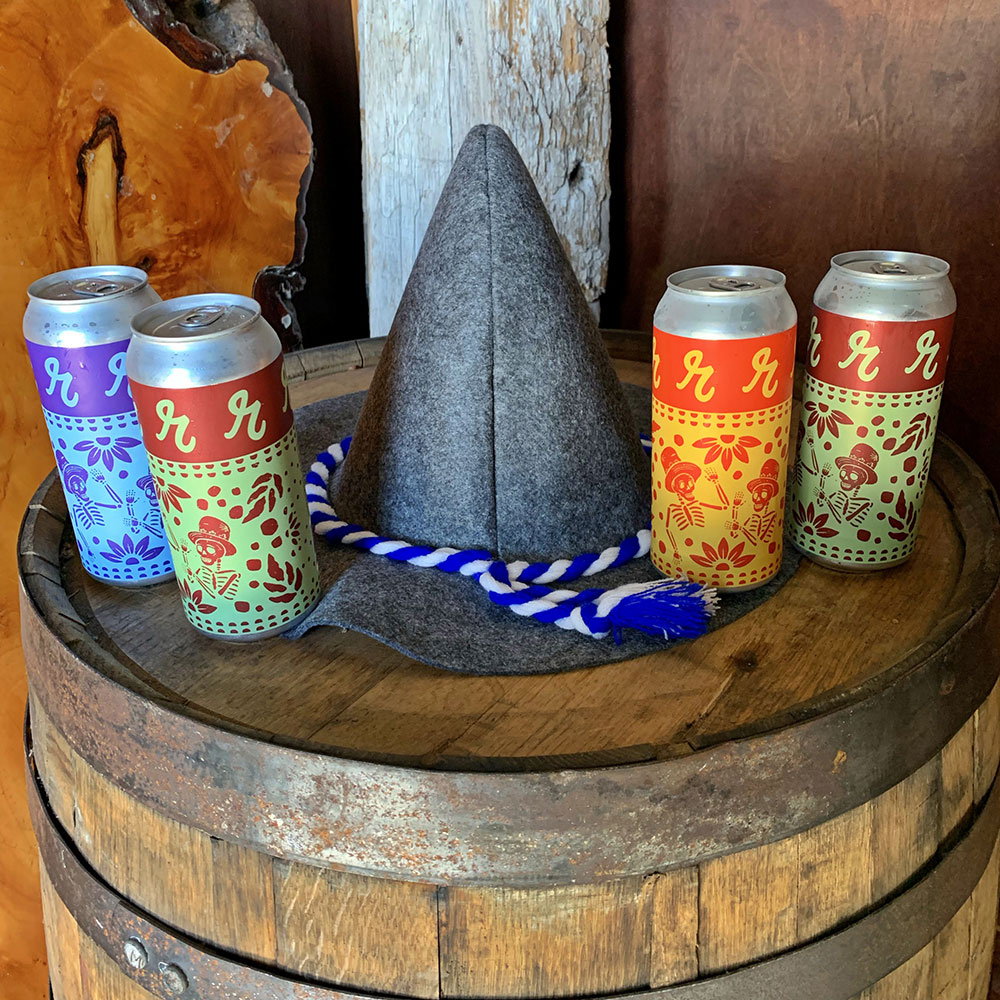 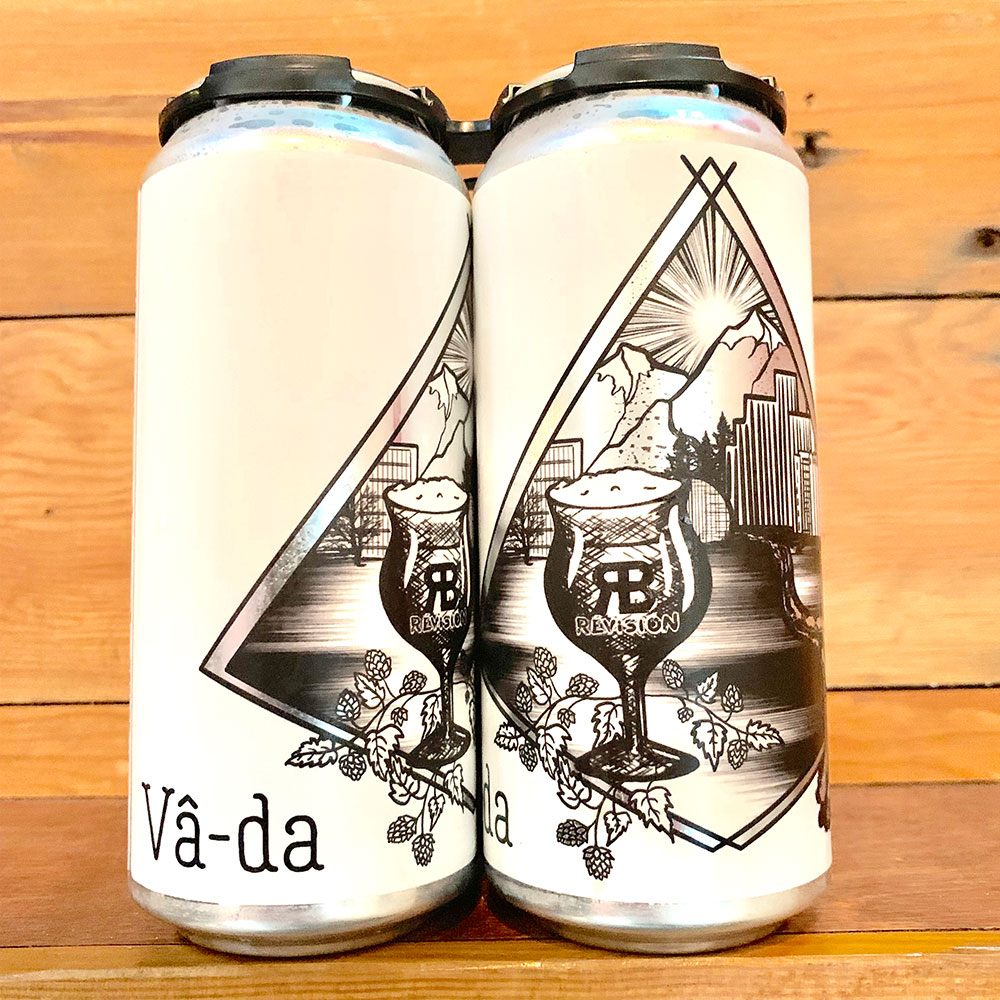 VA-DA: This hazy double IPA is packed full of Nelson Sauvin and Vic Secret hops that provide flavors and aromas reminiscent of lychee, gooseberry and a touch of earth, layered over a pillowy mouthfeel. 8.5%

SANTA’S PRIVATE RESERVE: Rogue Ales Santa’s Private Reserve is a Belgian dark ale packed with tangerines and boysenberries. Rogue Brewmaster John Maier must have been listening to “The Twelve Days of Christmas” but hates drummers as this craft beer was brewed with 11 ingredients: Munich, Carahell, Special W, Caramalt and C-75 malts, Magnum and Rogue Farms Independent hops, Dark Belgian Candi Sugar, brown sugar, Imperial Workhorse Yeast and Free Range Coastal Water. The candi sugar enhances the sweet and tart characteristics of the fruit, and the beer takes a little bit from both sides of the list: it will put a little color on your cheeks, but finishes on the sweet side. 7.9%

SHINER HOLIDAY CHEER: Texas craft brewery Spoetzl Brewery offers Shiner Holiday Cheer, an Old World dunkelweizen brewed with Texas peaches and roasted pecans. The malty flavors of this dark wheat ale are enhanced through the use of malted barley and wheat. And Kräusening ensures a smoothness that makes the subtle peach and pecan flavors all the more satisfying. 5.4% 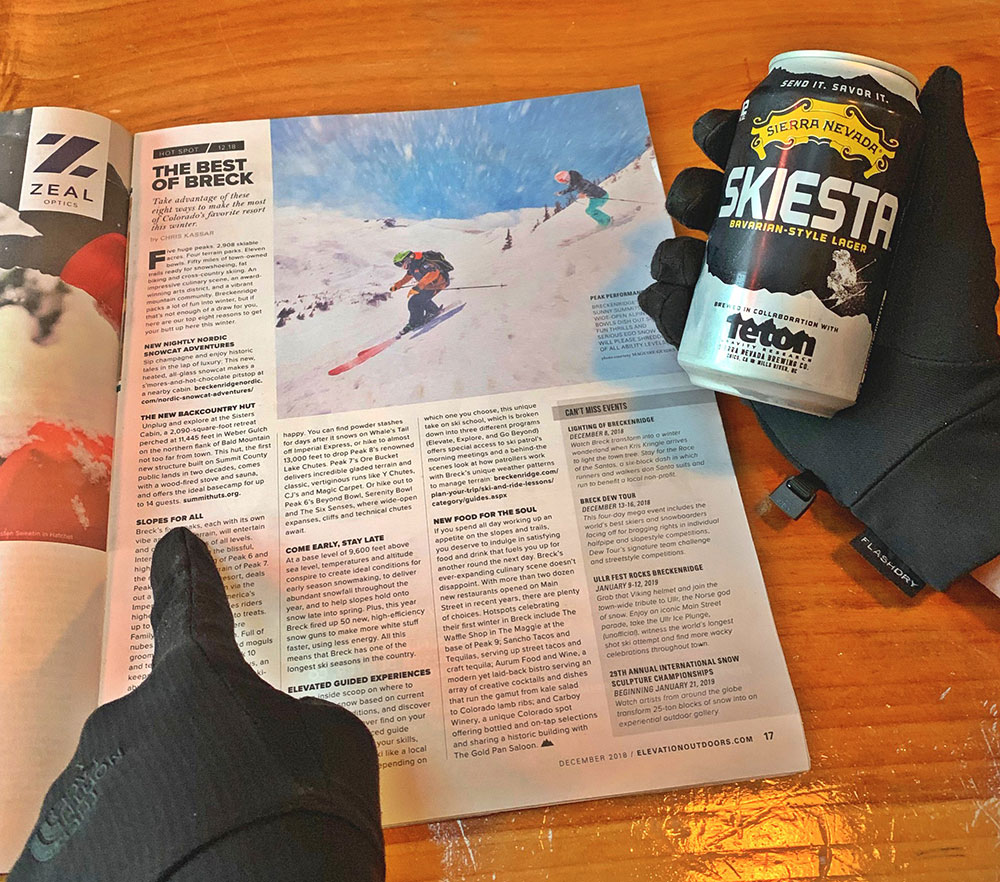 NARWHAL IMPERIAL STOUT: As black as midnight, Sierra Nevada Brewing Co.’s Narwhal Imperial Stout is one of the driest imperial stouts you’ll come across. Roasty, too, but with an uncharacteristically wave of deep, dark fruitiness, ending in medium-high bitterness and substantial alcohol burn. The sweetness and hops are moderate and just enough to blend in with the dark fruit, chocolate and coffee flavors and aromas, to keep a balance. 10.2%

SKIESTA: Brewed for perfect days and storied nights, this crisp helles lager — with its flavorful European malts and kiss of American hops — promises an easy-drinking finish that’s just right for après-ski or aprèsjust-about-anything. 5.2% 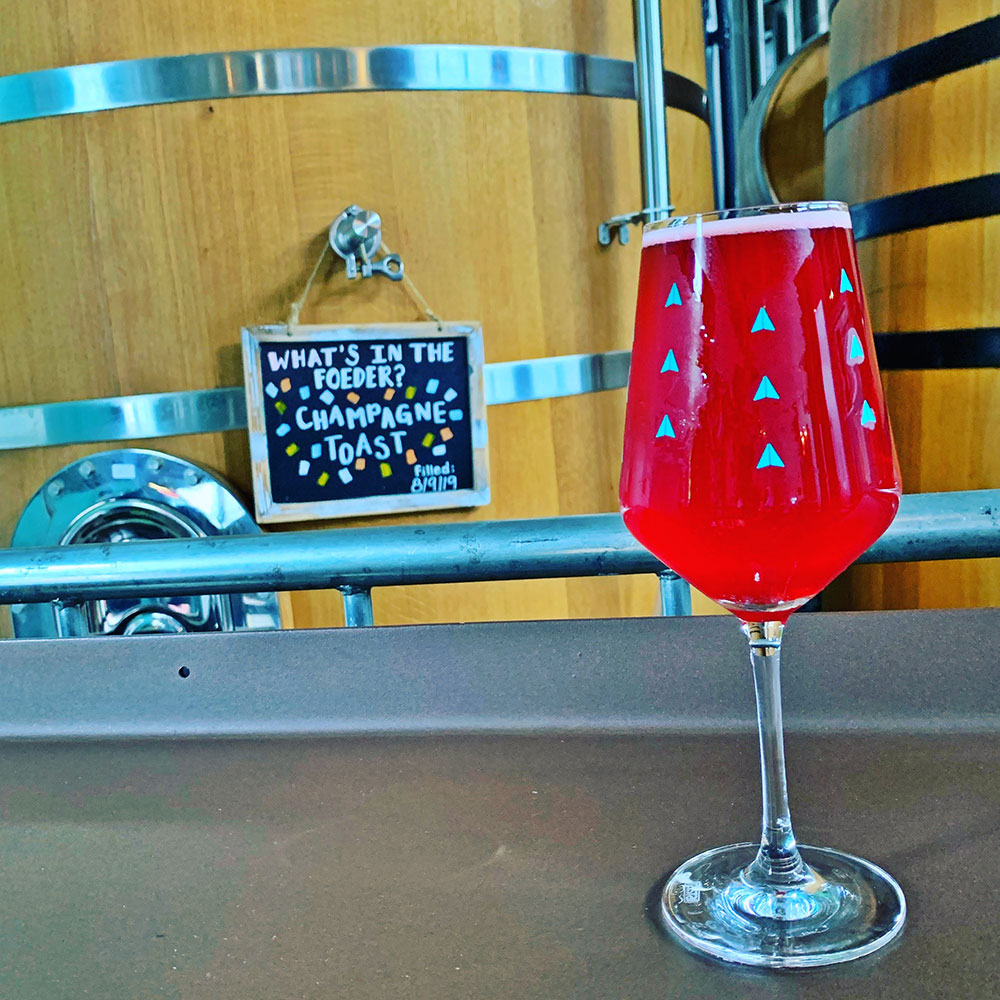 RASPBERRY CHAMPAGNE TOAST: After spending a year fermenting and aging in oak foeders, 360 pounds of Whatcom County raspberries are added to a portion of the Berliner weisse for another month of conditioning. Wander Brewing then blends the two for their big raspberry flavor, moderately tart Raspberry Champagne Toast. 5%