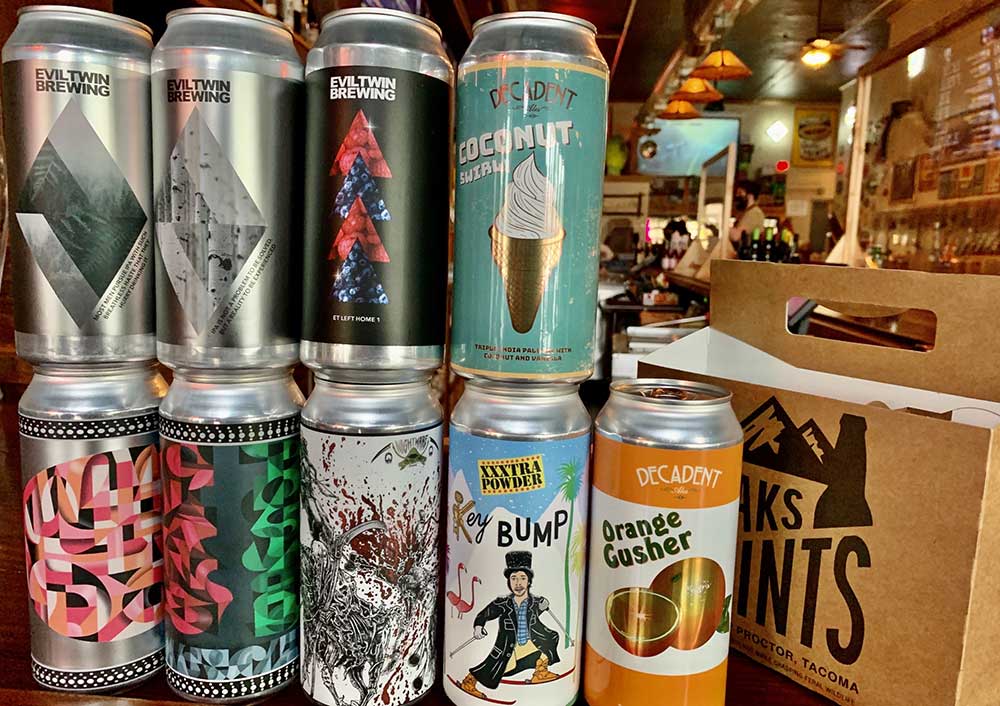 Evil Twin IPA is not a Problem to be Solved, but a Reality to be Experienced: Triple IPA brewed with Waimea, Citra, and Wakatu hops for tropical and earthy flavors, 10%

Evil Twin Most Men Pursue IPAs With Such Breathless Haste That They Hurry Drinking It: IPA brewed with Ariana, Citra, and Callista hops for bitter pineapple, orange, mango and a dry pine finish, 7%

Short Throw What It Do?: Decadent, silky imperial stout with coffee and toasted coconut, 11%

Safety Is Priority Number One

One of the most fulfilling aspects of our craft beer and cider bar, bottle shop and restaurant is being a gathering place for the community. It’s a role we do not take for granted, and there are many responsibilities that come along with it — the health and safety of our guests and staff being at the top of the list. …

Face masks must be worn at all times.

Please maintain a social distance of 6 feet while waiting for take-out food and/or Campfire Crowler and growler fills.

We’re continuing with two people at a time in the cooler with the line forming up the back stairs.

Hope to see you soon.