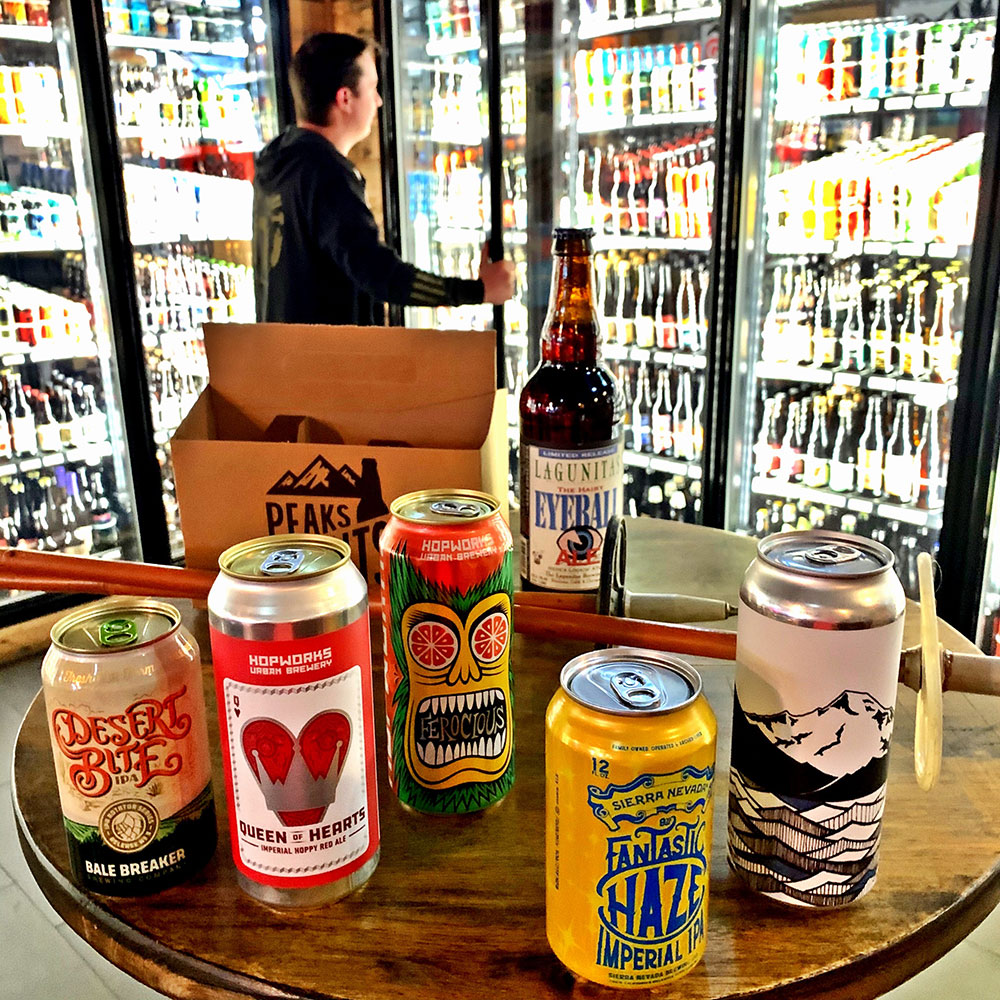 There’s nothing better than capping off a long ski or board day with a cold craft beer. Whether you’re riding White Pass’ quiet, West Ridge Access Off-Piste area or packing in with Crystal’s tram crowd, Peaks and Pints has new beers for you. Stop for Peaks and Pints New Beers In stock: 1.17.20.

POWDERLAND IPA: This is the IPA that wakes up when avalanche bombs roar before dawn. Fat, rockered Glacier, Simcoe, and Chinook hops pack 114 millimeters of woodsy, resinous, and subtly fruity base while flaked and malted wheat create a pillowy landscape. 6.4%

LINK: More beers in the Peaks and Pints cooler