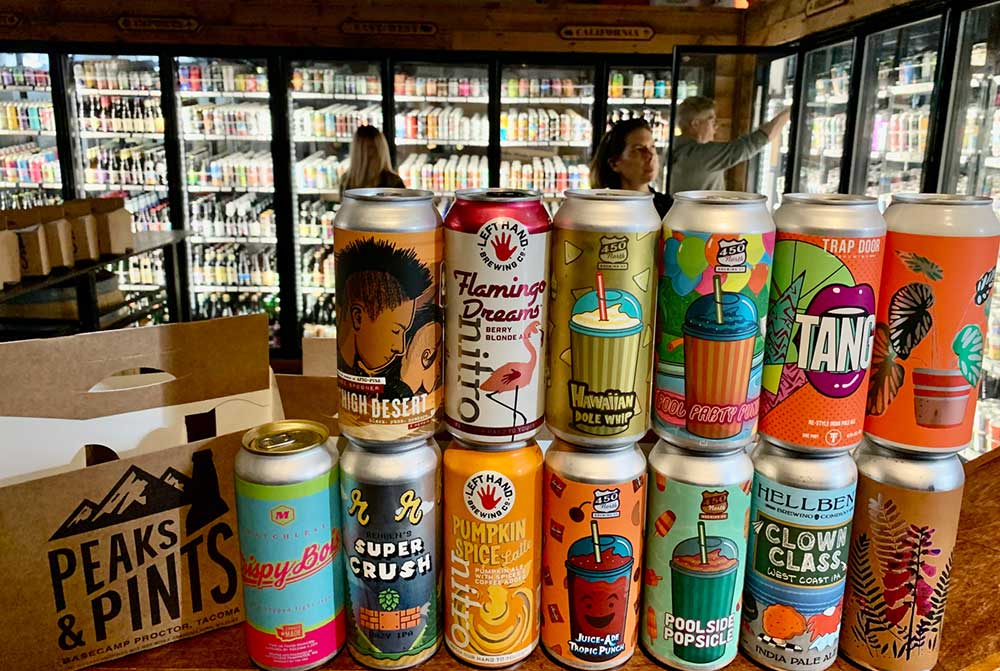 Whether you like your beer crisp, hazy, or tasting like Fruit Loops, Peaks & Pints has it in our cooler, including Peaks and Pints New Beer in Stock 8.20.22. …

Hellbent Brewing Clown Class: West Coast IPA heavily dry hopped with Cascade and Chinook hops for a big dose of pine and a little grapefruit, plus a little new school Strata hops for a touch of melon, 6%

Reuben’s Brews Super Crush: Collaboration with Super Deli Mart to celebrate their 7th Anniversary, this hazy IPA is brewed with Citra, Mosaic, and Galaxy for a heady punch of tropical fruit on a soft, pillowy body, 7%

Stoup Brewing High Desert: A collaboration IPA between Stoup, James Spooner (author of The High Desert-Black. Punk. Nowhere) and Oak Park Brewing with a grain bill of 2-row and wheat malt for a smooth mouthfeel and hopped with Azacca and Idaho 7 for aromas and flavors of tangerine and tropical fruit, 6.7%

Structures Brewing Endless Bummer: This pale ale made its debut during Bellingham Beer Week in 2017, but returns with a different hop blend of Comet and three versions of Citra, 4.8%

Trap Door Brewing Tang: Hazy IPA dry hopped with a mountain of Mosaic and a dash of El Dorado, 6.8%