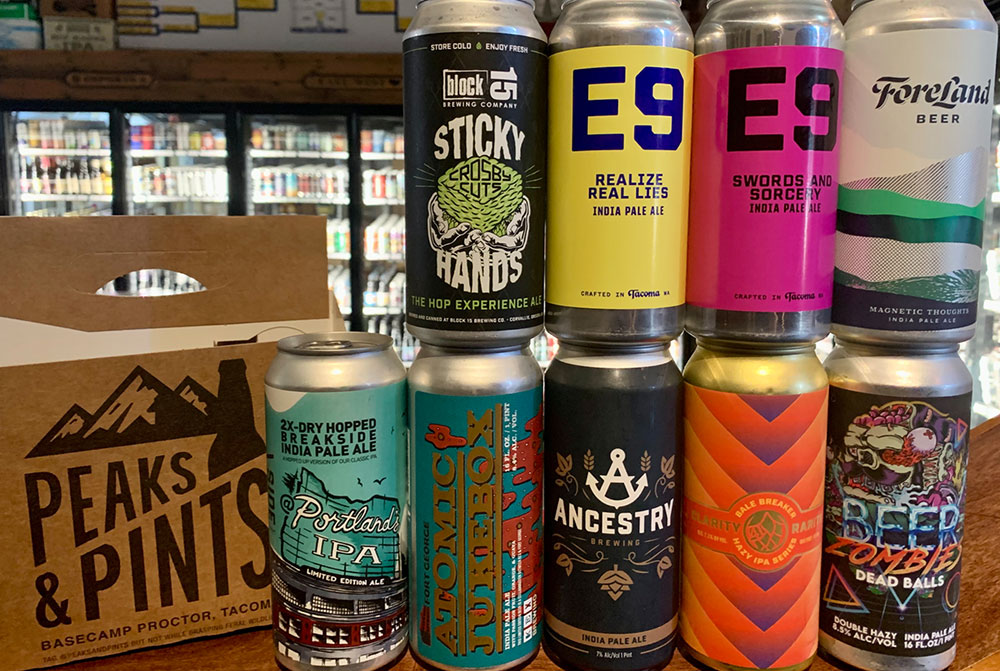 Beer Zombies Dead Balls: Double Hazy IPA with a West Coast twist of Citra, Mosaic, and Strata hops for fresh berry, bubblegum, tropical fruit citrus, and, of course, that passionfruit that comes in right before the dank cannabis finish, 8.5%

Breakside Brewery Portland’s IPA: Elements from Wanderlust and Breakside IPA are combined into this doubled dry hopped IPA with notes of pine, 6.8%

E9 Brewing Realize Real Lies: Slightly hazy IPA that starts on the “hot” side of the brew with late additions of Columbus and Citra, and finished with double dry hopping of Amarillo and Simcoe imparting fruity yet dank aromatics, followed by a fruity splash on the tongue, 6%

E9 Swords and Sorcery: IPA brewed with New Zealand grown hops Waimea, Motueka, and Rakau hops. Motueka is commonly referred to as the “Mojito” hop for its lime aromatics, while Rakau can tend to be all over the ‘orchard’ in characteristics. Rakau exhibits apricot, to pear, to mango and plum aromatics, from these late addition hops, 7.3%