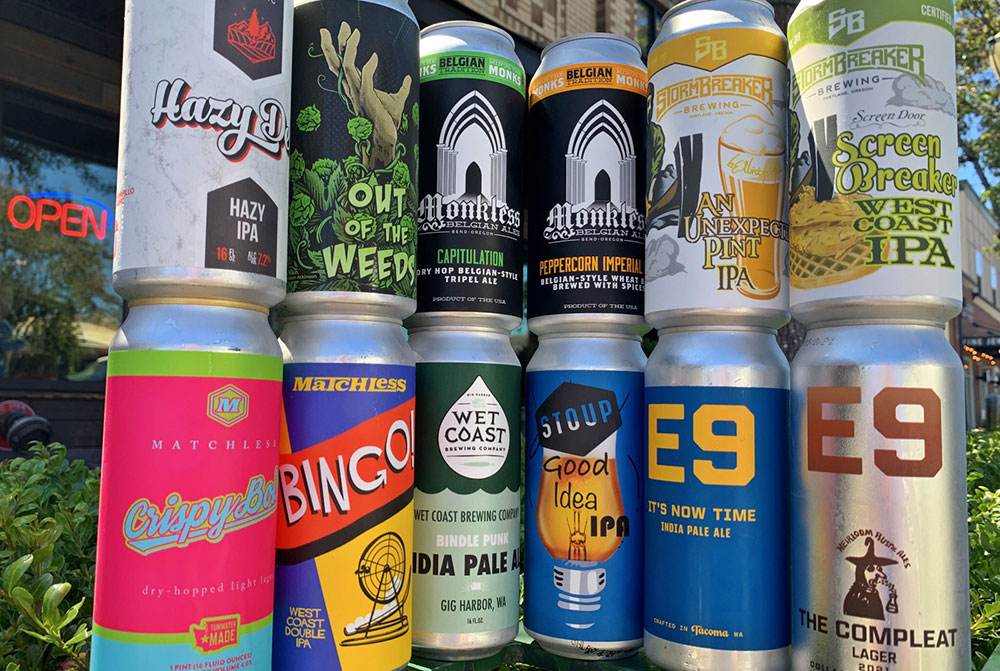 Brothers Cascadia Brewing Hazy Dell: Named after their hometown of Hazel Dell, this hazy IPA has giant tropical and citrus hop character with an aroma of peach, pineapple and orange that leads into a dank full body, 7.2%

Brothers Cascadia Out Of The Weeds: Brothers Cascadia dusted off some old recipes and brewed this borderline double IPA with bold pine and citrus aromas, a moderate body filled with classic hop character, and a firm bitterness finish, 7.6%

E9 The Compleat Lager: Collaboration with Heirloom Rustic Ales, this is essentially a British mild brewed and fermented with lager yeast for a crisp, clean, dark lager with a nice chocolate/roast malt character, 5.2%

Matchless Crispy Bois: All the crushability of an American light lager with the tropical hop character of a hazy IPA, 4%

Monkless Peppercorn Imperial Wit: Big brother of their Shepplekofeggan Wit with a myriad of spices, headlined by a four-peppercorn blend, accented with fresh orange peel and coriander, 8.2%

StormBreaker Brewing An Unexpected Pint: IPA with fermentation character notes of cherry pear and a touch of spice blended with bright tropical berry and citrus hop aromas and flavors, 6.7%

Wet Coast Brewing Bindle Punk IPA, v7: The 7th version of this experimental IPA odyssey is hazier than ever with complex flavor and aroma, courtesy of Simcoe, Amarillo, and Centennial hops, 7.1%