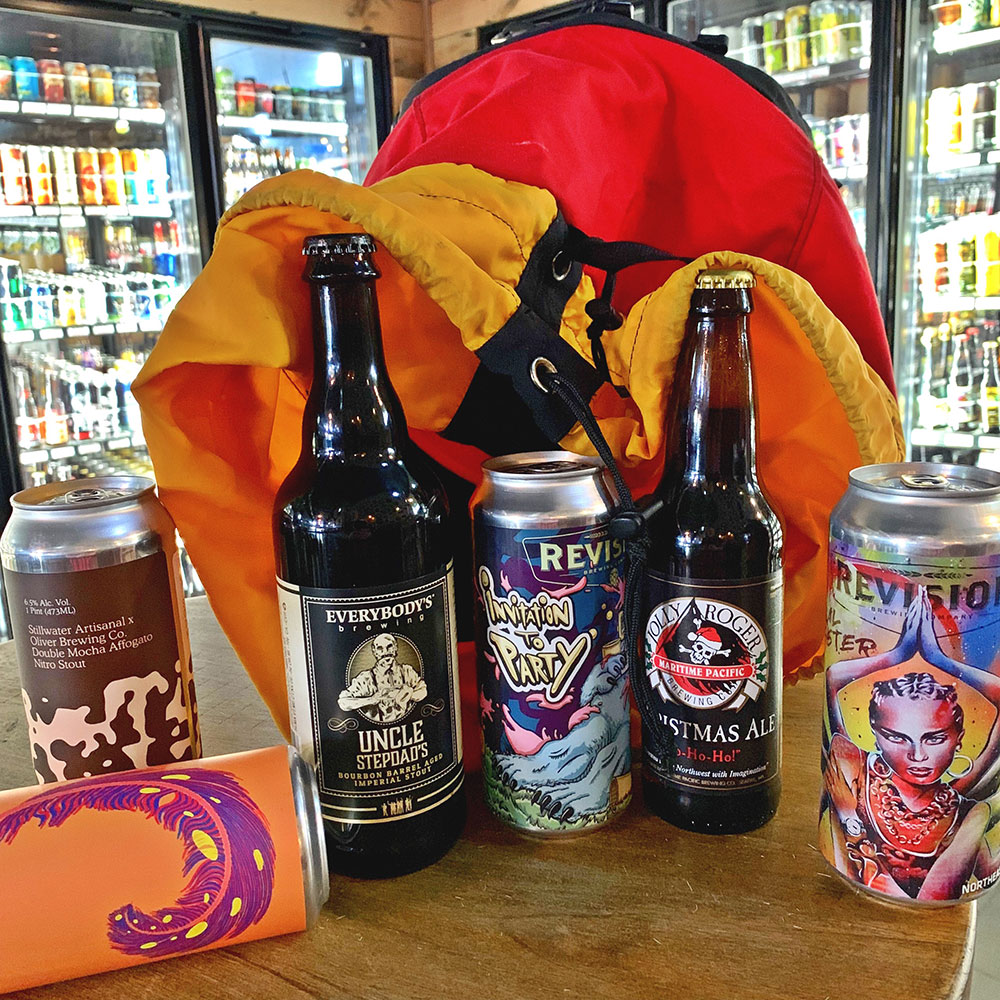 With autumn beginning, the air cooling, and the leaves starting to turn, it’s time to talk camping. Isn’t fall the absolute best time for camping? Thoughts of crisp, clean air as you set up your tent. Building a campfire that will give you warmth and community when the sun goes down. Along with your campfire, hamburgers, and s’mores, Peaks and Pints New Beer In Stock 10.11.19 offers some delicious beers that compliment the outdoors, food, and fall at its best.

BEANS IMPERIAL STOUT: Narrows Brewing Head Brewer Matt Rhodes has brewed another imperial stout winner, this time with a special blend of cereal adjuncts and boiled for an extended amount of time. After fermentation he finished the beer on three different single origins of coffee from Portland’s Heart Roasters, including Mexico Miramar, Guatemala Isnul and Kenya Rukira. The result is a think creamy stout with balanced dark fruit and chocolate coffee character. 11.2%

BIANCA BLUEBERRY MAPLE PANCAKE LASSI GOSE: Yes, Omnipollo’s latest gose is a strange one, but it works. Brewed with blueberries, lactose sugar and maple syrup, this gose hits the nose with strong notes of cinnamon, maple and a touch of berry. The blueberries appear on the palate, with maple flavor vouching for the “pancake” title. It’s a sweet gose that could easily pass as a milkshake IPA. 6%

INVITATION TO PARTY: Sabro brings the tropic thunder to Revision Brewing‘s double IPA party with hop flavors and aromas of ripe pineapple and a touch of coconut, while Vic Secret hops lends distinct citrus character — all floating on a pillowy malt cushion. 8.5%

SPIRITUAL GANGSTER: We’re not sure if the Spiritual Gangster cruise down the street in her 64, but we do know this hazy, easy-drinking IPA isn’t West Coast, yo. We pick up citrus and passionfruit with lactose and even some vanilla. 6.5%