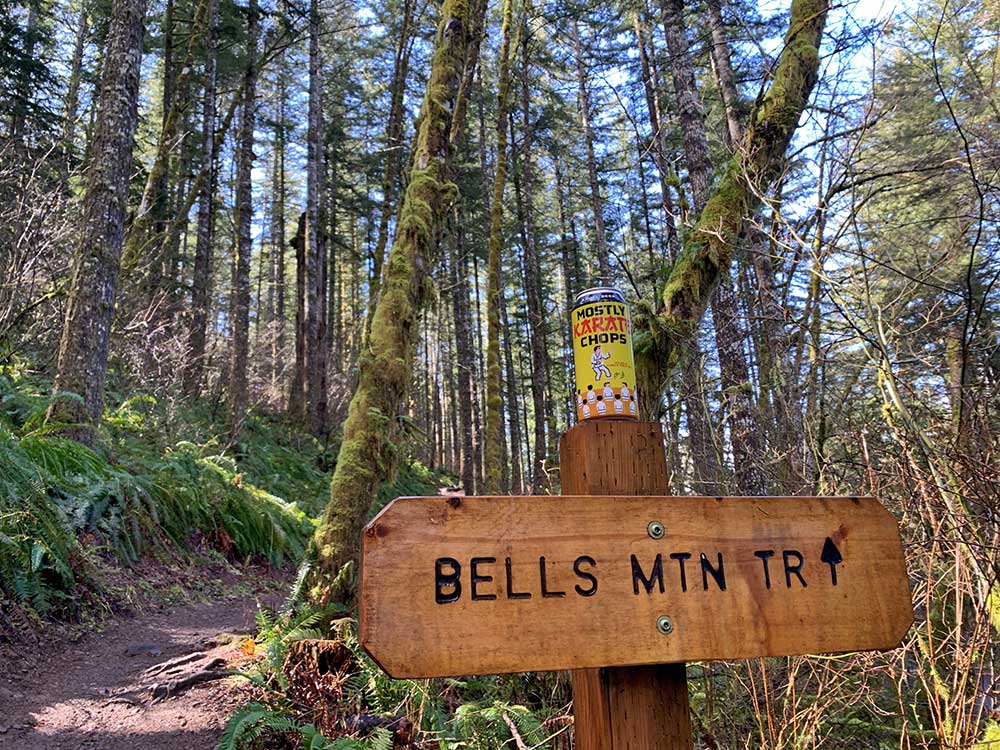 Level Beer Mostly Karate Chops was nominated as a 15th seed in the Northern Oregon Region of the Peaks & Pints Tournament of Beer: NW Double IPAs, which will begin April 2, 2021. The tournament bracket will be released soon. Since we’re not touring breweries to preview the tournament this year, we enjoyed the Peaks and Pints: Level Mostly Karate Chops and Bells Mountain Trail pairing. 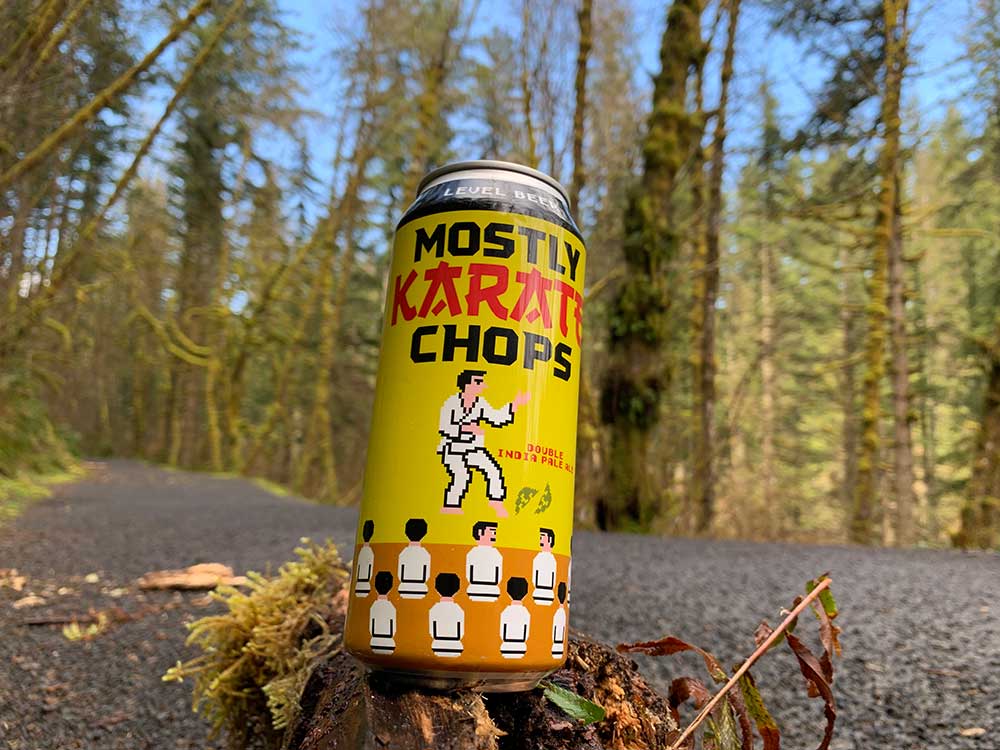 In search of a spacious property to commission some brews of his own, Geoff Phillips, owner of the recently closed Bailey’s Taproom in downtown Portland (sad face), Jason Barbee of Ex Novo Brewing, and Shane Watterson of Laurelwood Brewing, converted a former produce market in East Portland’s Argay neighborhood into a 20-barrel brewhouse, Level Beer. Their Mostly Karate Chops double IPA has beautiful pine and tropical fruit aromas, with heavenly notes of strawberry, orange marmalade and citrus on the palate.

Let’s Break It Down: 8% ABV • 60 IBU • Level Beer has a 1980s video game branding motif because the three owners love Star Wars and Atari. • Level offers generally lower-alcohol beers, many in English styles, and serve them on a property that includes a modern-industrial taproom, spacious greenhouse patio, food-cart pod, numerous children’s play areas, and a dog run. • Level Beer is set to open its third taproom this summer located at 1447 NE Sandy Blvd in Portland. 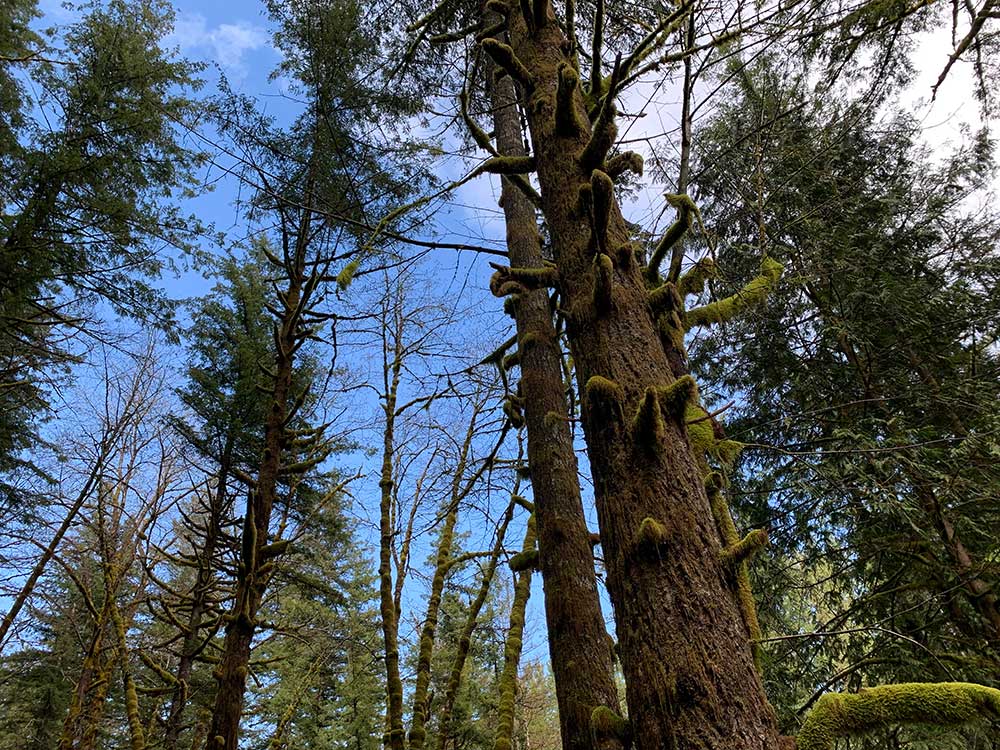 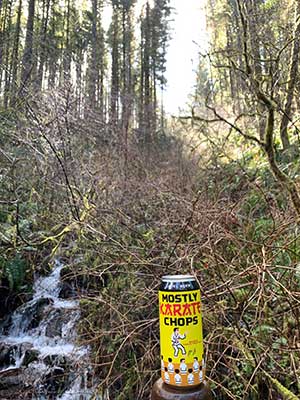 Don’t rely on your phone GPS to find the Bells Mountain Trail. After driving around like lunatics, we found the trailhead about a half-mile from the Moulton Falls Trail parking lot along the Moulton Falls Trail on the East Fork of the Lewis River. Bells trail switchbacks up the slopes of Bells Mountain through mossy Douglas-fir, alder woods, footbridges and many clear cuts while gradually climbing to its southern terminus. There is a large concrete decked steel bridge, which crosses a tributary of Rock Creek at about 4 miles. At 7.1 miles the route passes through Cold Creek Campground. Continue to the right and in .5 mile is the end of Bells Mountain Trail. We stood at a junction with Tarbell Trail, which is a 23-mile loop trail. Silver Star Mountain, Larch Mountain, and Kloochman Ridge Trails are to the right. To continue on the Chinook Trail route, follow the Tarbell Trail on the left to the northeast past Rock Creek Campground, Tarbell Picnic Area and on to Kloochman Butte, or, like we did, head back to Moulton.

Back at the trailhead, we cracked open the Mostly Karate Chops double IPA discussed the middle section of the hike. The beginning and the turnaround are beautiful. The middle section of the hike, however, is rather depressing. Clear cut logging and illegal ORV riding has really impacted this trail. Tire ruts fill up with water from rains with nowhere to drain. We cheered the Chinook Trail Association as they built and maintain the Bells Mountain Trail. We also discussed future Level beer names such as Asteroids Amber, Super Breakout Brown, Millipede Maibock, and Pole Position Porter.

Follow State Route 503 north through Brush Prairie and Battle Ground. Turn right (east) onto Rock Creek Road. Rock Creek Road will turn into Lucia Falls Road. Access the trail from the west side of Bridge 120 or from Moulton Falls Park.