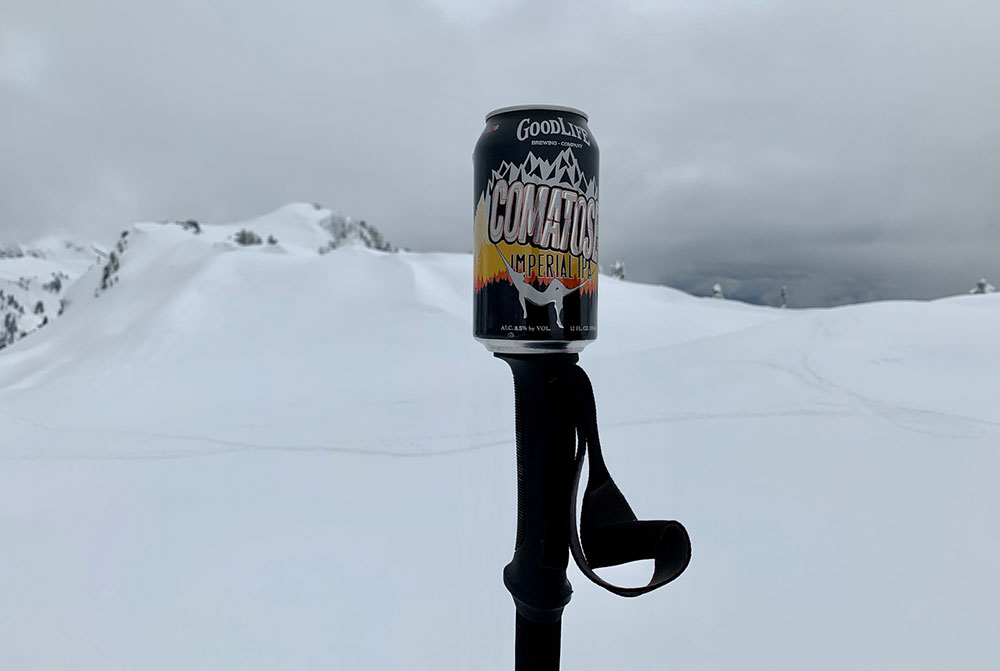 GoodLife Brewing Comatose Imperial IPA was nominated as a fourth seed in the Southern Oregon Region of the Peaks & Pints Tournament of Beer: NW Double IPAs, which will begin April 2, 2021. Since we’re not touring breweries to preview the tournament this year, we enjoyed the Peaks and Pints: GoodLife Comatose and Artists Point Trail pairing  … while wearing showshoes. 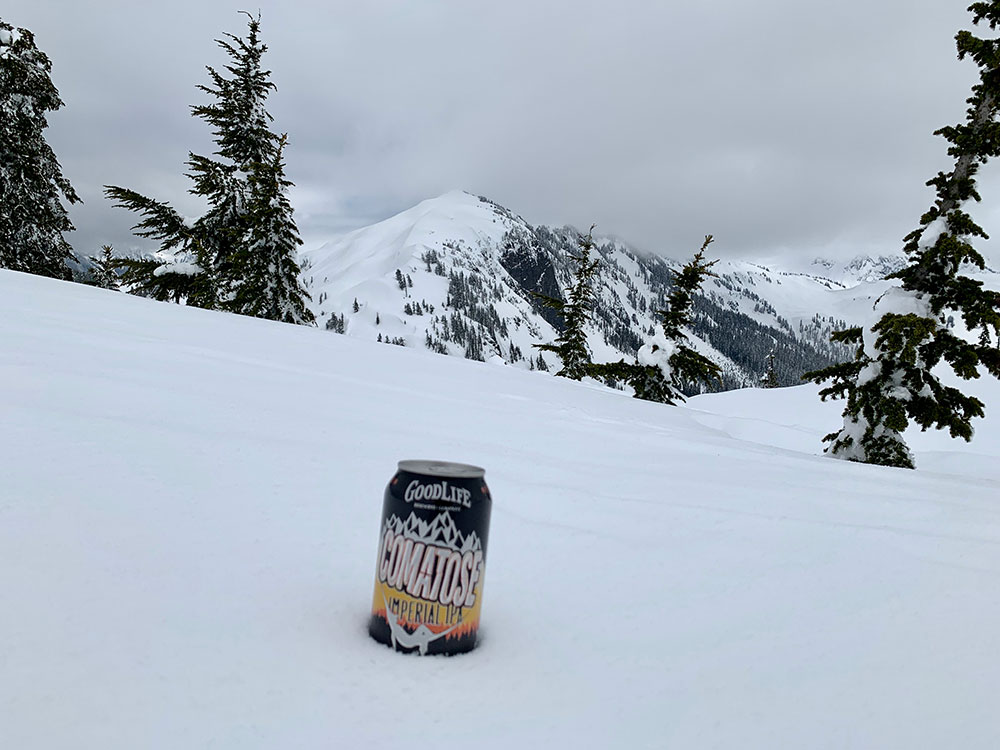 Incorporated in 2009 as Noble Brewing Co., Brewmaster Curt Plants, Ty Barnett and Pratt Rather signed a lease in 2010 for the space it now occupies in Bend, Oregon. In 2011, just before opening their taproom, they changed the name to GoodLife Brewing because plenty of businesses used the name Noble and they wanted to set their enterprise apart. Their Comatose Imperial IPA definitely sets them apart from other double IPAs with its coma-inducing 9.5 percent ABV and 95 IBUs. This heavyweight has more than 5 pounds of hop per barrel, which makes the aroma smell of strong orange candy followed by Meyer lemon, melon and spice. The beer continues jabbing the taste buds with a taste of biting into a fresh grapefruit with a balanced malt character, luscious and slightly oily mouthfeel and a strong and clean finish. 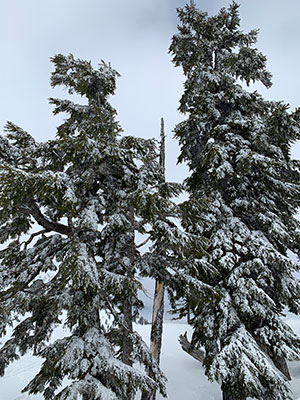 Keeping the groomed Mt. Baker ski runs on our left we climbed 1000 feet to glorious Artist Point, where we were surrounded by the high towers of Mount Shuksan, Mount Baker and Coleman Pinnacle … behind the clouds. It’s a popular hike so we followed the clearly visible tracks. It’s completely doable for most beginning snowshoers, but there are a couple of steeper sections that were challenging, including the final climb to Artist Point, which flattens out into a beautiful slightly hilly area. From Artist Point a short side-trip of 1.5 miles roundtrip to Huntoon Point offers more views of the Cascades, Baker Lake, Whitehorse Mountain, Three Fingers, Sloan Peak and White Chuck Mountain … if it isn’t cloudy.

Back at the trailhead, we shares the Comatose and talked avalanches. The area holds the world record amount of snowfall within a season (95 feet). Due to its northern location and a trailhead at 4,200 feet, avalanches can occur. We also discussed the trailhead location can be a bit confusing due to all the activity at the ski area. Continue past the ski lifts on the one-way road to the large parking area is on the right at the end of the road. We poured some Comatose out for GoodLife founder and brewmaster Curt Plants who passed away in 2017 at the age of 33. It hit the brewery hard, obviously, but they restructured, opened new markets and grew the brand. 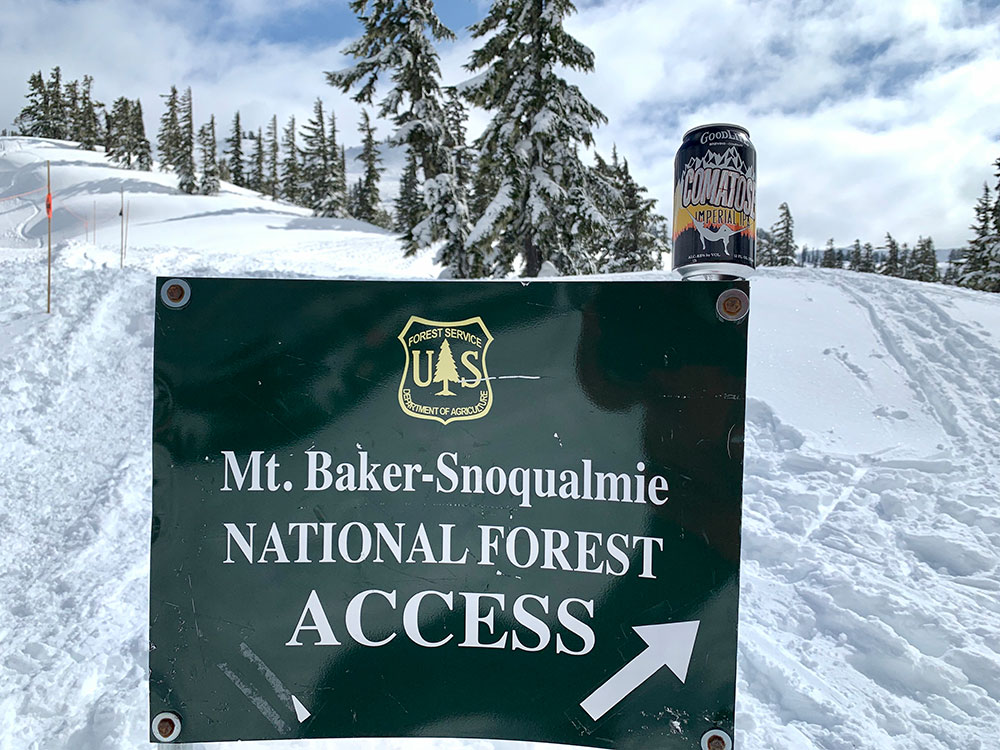 From I-5, Take Exit 255 for State Route 542, the Mount Baker Highway. Drive East on SR 542 approximately 54 miles to the ski area and continue to the uppermost parking lot. Park here in winter, but in summer, continue up the road to Artist Point. 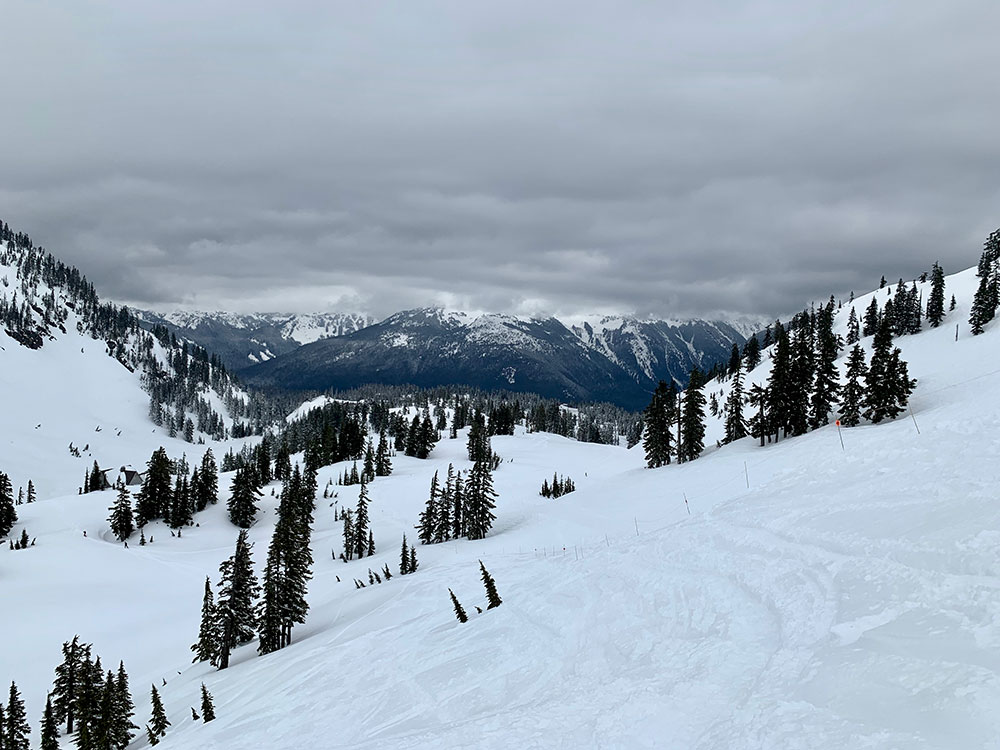