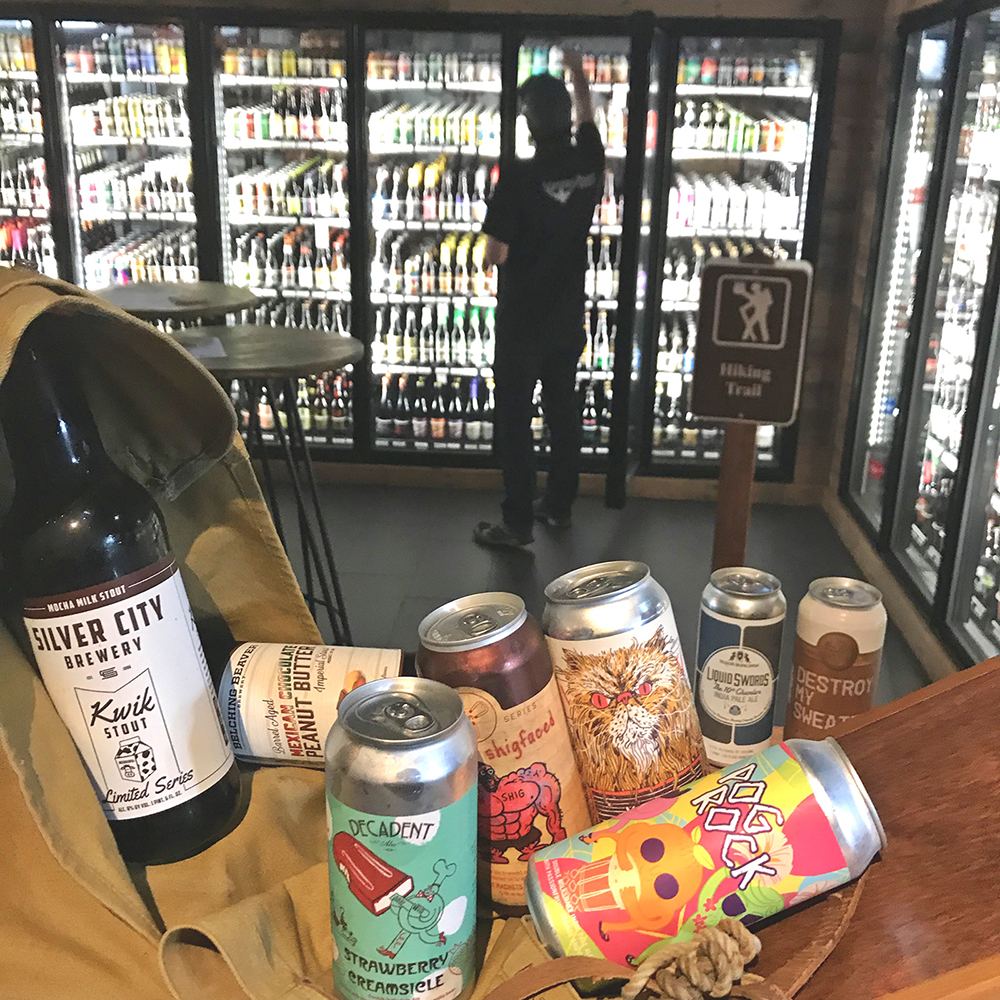 DUNKEL, Heater Allen Brewing: A family affair helmed by owner and ex-investment banker Rick Allen and his brewmaster daughter Lisa, Heater Allen Brewing is now beginning its second decade in business on its third brewing system. The McMinnville, Oregon brewery has made its mark with classic German-style ales and lagers, including their Dunkel with strong and complex malt character, with a hint of milk chocolate. 5.25%, 500ml

EVERY DAY, ONCE A DAY, GIVE YOURSELF AN IPA, Evil Twin Brewing: Double dry-hopped Imperial IPA brewed with lactose and vanilla beans. 9%, 16oz

KWIK STOUT, Silver City Brewery: The Bremerton brewery brought back its Kwik Stout this spring enhanced with a hearty does of cocoa, freshly roasted coffee and a hint of vanilla. It goes down like a glass of milk that had been used for dipping Oreos, sweet and smooth — although let it warm a bit for more flavor. 8%, 22oz

PENNSYLTUCKY LAGER, Triceratops Brewing: Smooth Vienna lager inspired by the brewing styles of Central Pennsylvania. Its Caramunich malt gives the lager a roasty taste and just a touch of bitterness. It’s a crushable beer that we can drink all day. 4.7%, 12oz

VITO THE BEER WHALE CAT, Fat Orange Cat Brew Co.: Fat Orange Cat Brew Co. is a small, seasonal farm brewery in East Hampton, Connecticut. They specialize in small batch recipes making an effort to support and promote local agriculture. Fat orange Cat teamed up with Evil twin Brewing to brew a hazy double IPA, Vito The Beer Whale Cat. It has the classic mouthfeel, appearance, and front palate of a NEIPA that is bursting with citrus fruit flavors — thanks to Azacca and Simcoe hops — but the back palate has a healthy dose of pine and grass. 8%, 16oz