No matter your level of scientific aptitude or superstitious cajoling, one thing is true: Something has shifted. There is no normal anymore. The old charts, measures, predictable trajectories have jumped the rails. Science hasn’t failed us; it’s proved all too accurate, more than even most scientists could have predicted. It’s enough to make you believe in the supernatural, in karma, in a wicked, but understandable form of divine retribution. Or maybe just craft beer and cider. Here are a few new delights in Peaks and Pints’ cooler. … 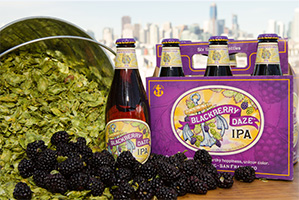 Anchor Brewing Blackberry Daze IPA: while it receives its hop bitterness and some hop aroma in the brewhouse, most of the action happens in the cellar when blackberries are added during secondary fermentation. A special blend of loamy, herbaceous hops for dry-hopping complements the brightness and deep complexity of the blackberries. The result is a funky synthesis of rich earth and ripe fruit, hop bitterness and blackberry tartness, with alluring color and aromas up front, sublimely intense flavors, and a refreshingly dry finish. 6.5%, 12oz

Firestone Walker Sucaba: an English barleywine brewed with Munton’s pale, crisp Maris Otter pale, Munich, dark and light crystal and chocolate malts along with spalter select hops before being aged in bourbon barrels. Aroma offers chocolate, roast malt, vanilla and caramel tones. Flavor follow the nose with rich, almost fudgey toffee, caramel, brown sugar, toasted notes, slight chocolate, lots of vanilla from the oak, plus dried and candied figs. A touch of booze and drying from the oak counteract the sweetness in the finish, but it’s still a rich, sweet beer with a full mouthfeel and soft carbonation. 13.5%, 12oz 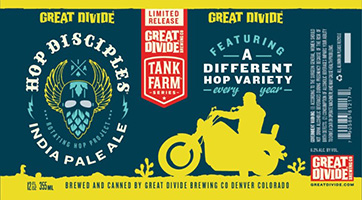 The Hop Concept New Hop Smell: brewed with Lemondrop, Denali, Galaxy and Experimental Hop 06927 hop varietals, this imperial IPA is overflowing with hoppy goodness. Starting off with the heavenly aromas of pine and tropical fruit that leads to an initial burst of lemon citrus and pineapple, rounding out with a slight melon sweetness and a dry crisp finish with a hint of hop spiciness. 8.5%, 22oz