Peaks and Pints Belgian Beerloo 2020: Trappist On The Fly

Of the many thousands of beers produced around the world, only 14 can use the name “Trappist.” Six of them are made in Belgium, one in the United States, two in the Netherlands, and one each in Austrai, England, France, Italy, Spain and the United States. These beers are all brewed with three criteria in order to earn the name and mark “Trappist”: The beer must be brewed within the walls of a Trappist monastery, either by the monks themselves or under their supervision; The brewery must be of secondary importance within the monastery, and it should witness to the business practices proper to a monastic way of life; The brewery is not intended to be a profit-making venture. Continuing with our Belgian beer celebration, Peaks and Pints presents a to-go flight of Belgian Trappist beers that we call Peaks and Pints Belgian Beerloo 2020: Trappist On The Fly.

Peaks and Pints Belgian Beerloo 2020: Trappist On The Fly 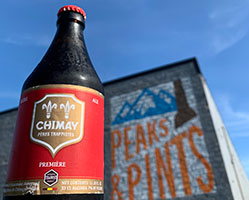 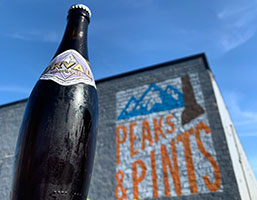 The Orval brewery produces only one beer to sell, a beer with a high fermentation that continues in the bottle. It’s brewed exclusively from spring water, barley malt, hop cones, candy sugar and yeast. The tantalizing aroma sings to the nose with candy-sweet overtones and slightly tart notes. Its flavor is pure refreshment with bready, honey-lemon sweetness up front that invigorates the palate and clears the way for the beer’s slightly sour finish. Each bottle is different. The nose displays a tension between hop aromas and fermentation-driven notes that evolve in remarkable ways as bottles age. Dry, tart, and rustic Orval stands out among the typically sweeter Trappist beers. 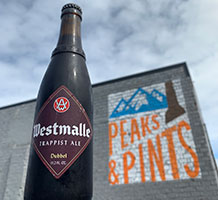