Head to Peaks and Pints’ cooler for all the new craft beers and cider Saturday, Feb. 17, 2018. Sure it seems totally natural and obvious that you damn well right deserve to get whatever you want, anytime you want, without ever leaving your couch, and never you mind the countless millions of man-hours, massive carbon footprints, cheap factory labor, ridiculous over-packaging and insane technologies required to keep you from ever interacting with anyone other than the stressed-out UPS driver. But, just in case …

Little Beast Rare Beer, Beaverton, Oregon, Animal Family: named for all the micorflora used to make it, it has three strains of Saccharomyces, one strain of Lactobacillus, and then three strains of Brettanomyces in conditioning (foeder) previously used for Heitz Winery’s Cabernet. It has diverse flavors of stone fruit, wood, citrus, barley, wheat, oat and vinous characters. The malt profile is dominated by a diverse array of grains with layers of complexity created by the use of microflora and the residual flavors of the foeder. 9%, 375ml

Little Beast Rare Beer, Beaverton, Oregon, Bes Tart Wheat: flavored with chamomile, Belgian malts and noble hops, this farmhouse wild ale is fermented with a blend of unique Saccharomyces yeast and conditioned with Lactobacillus. It’s a yeast forward flavor profile with some of the banana, clove you might find in more Bavarian beers but with a funkier, earthier bite and notes of pineapple, lemon and coconut. 6% ABV

Perennial Artisan Ales, St. Louis, Sump Coffee Stout: combines an imperial stout of substantial weight with bright and delicate Colombian Los Pinos coffee selected and roasted especially for Perennial by neighboring Sump Coffee. Aromas of coffee, salted caramel, and a hint of cedar meld with roasted barley, cocoa and vanilla. On the palate the vanilla is more prominent, rounding out the beer’s heavy roast and chocolate character. It’s thick and lush with a long finish and lingering warmth. 10%, 750ml 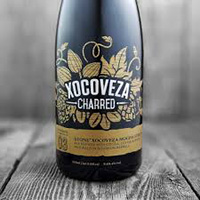