Peaks and Pints Weather Guy has the forecast for hiking the Summit Lake Trail in the Clearwater Wilderness.

Today’s Morning Foam was compiled while watching a furniture dance aboard a Viking Sky cruise ship. …

ROADS END, Culmination Brewing: Roads End is a return to the West Coast IPA. It’s heavily dry hopped with Citra and Centennial hops for notes of lime and pine. 6.2%

Saturday, March 23, the beer world was shocked to learn of the unexpected and untimely passing of Matt Bonney, the owner/operator of Toronado Seattle, one of Seattle’s best beer-focused bars. Matt celebrated his 45th birthday this past January.

Stoup Brewing will release Pink Socks & Sandals in their Seattle taproom Tuesday, April 2. Made as part of the Pink Boots Collaboration Brew Day event, a portion of the proceeds from this beer will be donated to the Pink Boots Society.

It’s no secret that Portland is a city that loves beer, especially its own. Excluding a few examples, every bar and most restaurants in the city have a tap list or some beers by the bottle — even a few of the laundromats and most of the movie theaters do. But some bars go all out for beer, with massive tap lists and cases filled with frosty bottles to take home or drink there. These are those bars that are all about the beer. 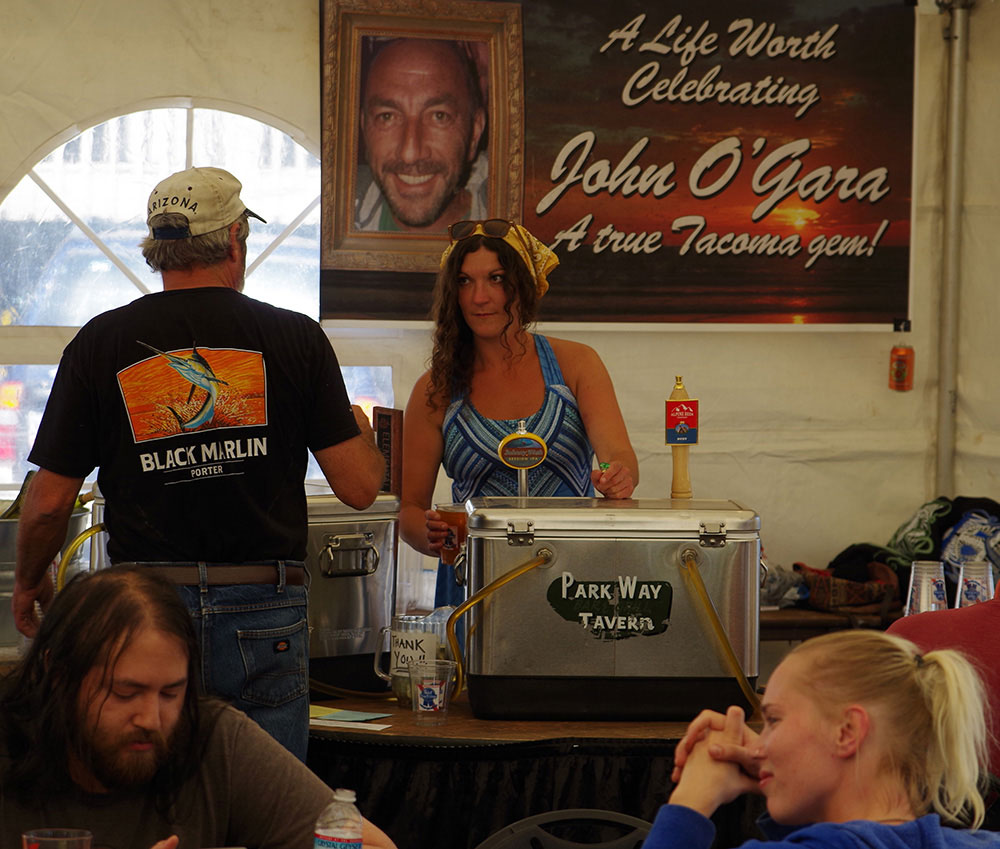 GLORIA BELL, The Grand Cinema: Sebastián Lelio’s English-language remake of his well-received 2013 Chilean drama Gloria stars Julianne Moore as the middle-aged divorcée trying to negotiate a new relationship with a paintball instructor. Lelio has compared Moore’s interpretation of the character to jazz music, telling The Hollywood Reporter, “You’ll feel the spirit of the original story but it’ll be reinvigorated and vital.” 1:50, 4:05, 6:25, and 8:50 p.m., $5.50-$8, 606 S. Fawcett, Tacoma

JOHN O’GARA MEMORIAL BARLEYWINE WEEK, Parkway Tavern: The barleywine: Sometimes sweet, sometimes bitter, often intense and always alcoholic. Despite its name, a barleywine is very much a beer, though its invention did stem from the rivalry between beer and wine. In 18th century England, it was actually safer to drink beer and wine than water, which sounds pretty cool now, but must have been a real be-otch at the time. Wine was considered the “more respectable” beverage, so brewers set out to make a beer with comparable alcohol content — barleywine. The term was coined by Bass in 1903 to describe its Bass No. 1 Ale and may have more patriotic origins, since the English upper classes wanted a beverage to replace French wine during England’s many wars with France. Both English and American versions of the barleywine exist, and this difference is this: while English barleywines tend to be mellower and balanced between malt and hops flavors, American interpretations are usually hopped out of control and are far more bitter. Typical Americans. Anyway, you’ll find both versions, and many of them, at the Parkway Tavern through Saturday. 11-2 a.m., no cover, 313 N. I St., Tacoma