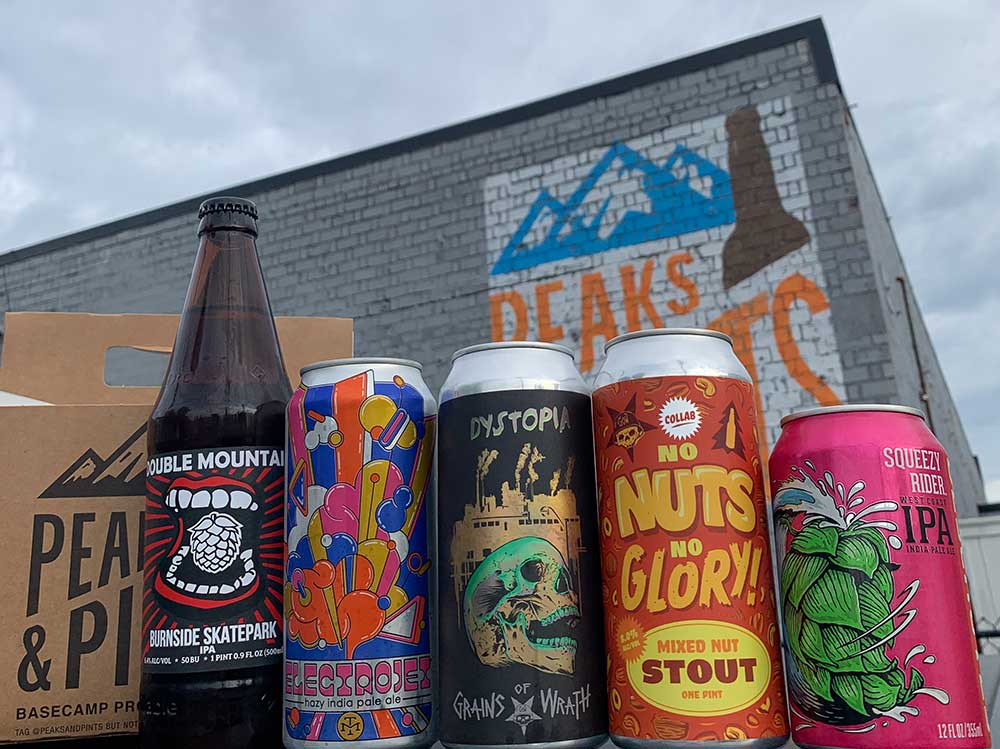 The Tacoma Dome is the largest wood-domed arena in the world, constructed with 1.6 million board feet.

supererogation \’su-pe-‘rer-e-‘ga-shen\ noun [ML supererogation-, supererogatio, fr. supererogare to perform beyond the call of duty, fr. LL, to expend in addition, fr. L super- + erogare to expend public funds after asking the consent of the people, fr. e- + rogare to ask] (1526)
The act of performing more than is required by duty, obligation, or need

Usage example: Peaks & Pints thought it was a totally generous but still rather inappropriate supererogation when Karl agreed to drink all the controversial beers for free in the Peaks & Pints cooler.

Double Mountain Brewery & Cidery collaborated with E9 Brewing on Hi Friend! IPA , a warm welcome of sticky citrus and forest aroma. One collaboration wasn’t enough and the two breweries got together for a Washington-only grisette dubbed Kissa Me. Supremely crushable and low on ABV, this Grisette is can conditioned.

The beer scene in Portland, Oregon, or Beervana to craft beer enthusiasts, began in 1984 when BridgePort Brewing first started making beer and Widmer Brothers quickly followed suit. Portland’s first brewpub came in 1985, when the McMenamins brothers decided to try making beer at one of their bars, the Hillsdale Brewery and Public House. In the years that followed, Portland became a national craft-beer haven. In celebration of American Craft Beer Week 2021, Peaks & Pints presents a to-go beer flight of breweries that opened another location in Portland — a flight we call Peaks and Pints Pilot Program: Hello Portland! 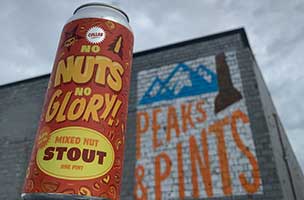 Backwoods No Nuts No Glory

Jim Waters and his wife, Debbie, began filling their grocery store in Carson, Washington, with their homebrew. They went pro in 2012, opening Backwoods Brewing in the same town at the gateway to the Gifford Pinchot National Forest. Jim’s sons, Steve, Kevin and Tom joined the business. Today, Steve and Tom carry the torch, both in Carson and at their taproom in Portland’s Pearl District, which opened in June 2018. Their No Nuts No Glory imperial stout is brewed with Grains of Wrath Brewer in Camas, Washington. The stout is brewed with house-roasted mixed nuts for smooth coffee and chocolate notes with a nutty finish. 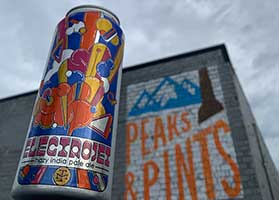 An avid homebrewer and former employee at Stone Brewing Co. in Southern California, where he worked in the communications department, Jacob Mckean founded Modern Times Beer in the Point Loma neighborhood of San Diego in 2013. In early 2018, Modern Times opened another brewery and taproom in the 10,000-square-foot space vacated by The Commons Brewery in Portland’s Buckman neighborhood. The new Modern Times facility is known as the Belmont Fermentorium, modeled after its flagship local Lomaland Fermentorium brewery and tasting room. Their Electrojet hazy IPA is brewed with Galaxy and El Dorado hops, plus a little Simcoe, for an explosion of juicy peach flesh, bright citrus, ripe mango, and stone fruit. 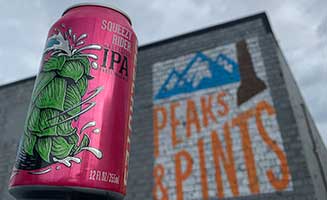 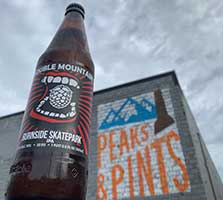 Matt Swihart and Charlie Devereaux crossed paths while working at Full Sail Brewing in Hood River, Oregon. They became instant friends, chatting up food, beer and music while starring out Full Sail’s window at the beautiful Columbia Gorge. St. Patrick’s Day 2007, Swihart and Devereaux opened Double Mountain Brewery & Taproom across the street from Full Fail, named after the orchard Swihart owned, Double Mountain Orchards — where one can look in one direction and see Mt. Adams and then look in the other direction and see Mt. Hood. In August 2016, Double Mountain opened a second taproom location in the Woodstock neighborhood in Southeast Portland. Their Burnside Skatepark IPA benefits the skatepark located underneath Portland’s Burnside Bridge. Expect notes of guava, pineapple, dried mango, and a little Strawberry Cough. 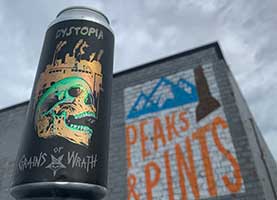 After Portland’s Fat Head’s Brewery closed, Brewmaster Mike Hunsaker opened Grains of Wrath Brewery in Camas, Washington. The longtime brewer and his backers began racking up the medals, including several Great American Beer festival medals. Last October, opened a Portland brewhouse on North Williams in the former Lompoc Sidebar space. Their Dystopia West Coast IPA is brewed with Simcoe, Citra, and Mosaic for a sweet citrus nose, followed by solid citrus/tropical and pine, but it’s not over the top in bitterness. We appreciate its assertiveness — yet it’s not palate-wrecking.