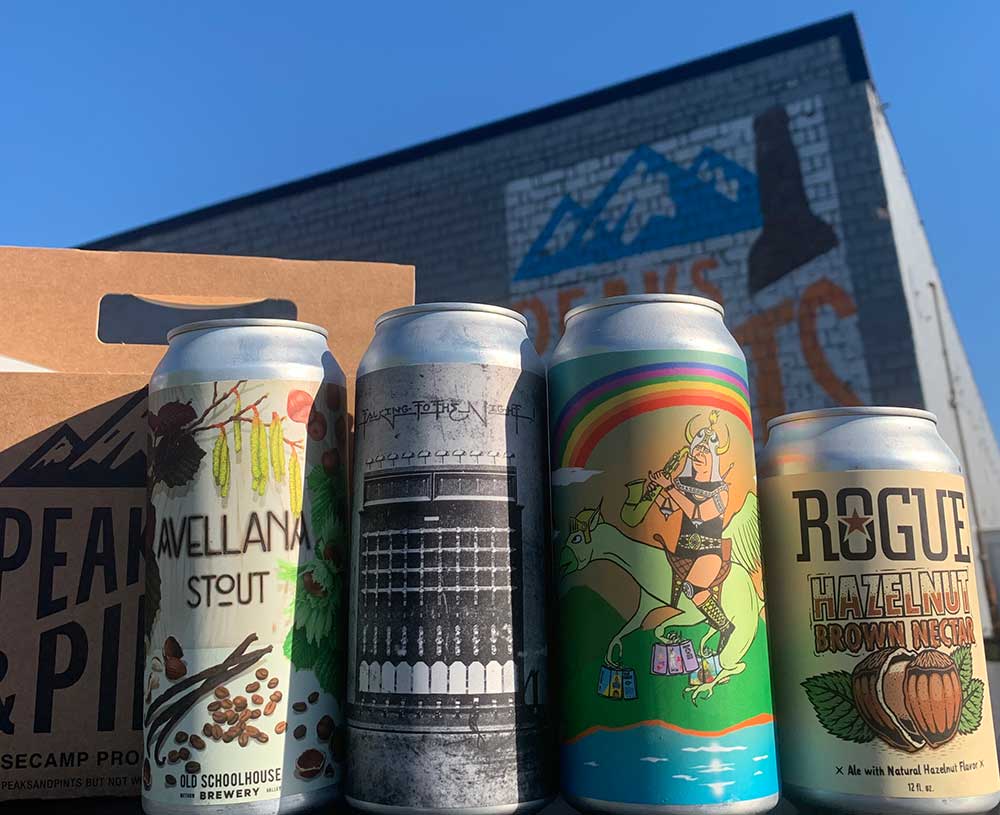 On July 23, 1900, an automobile traveled the streets of Tacoma for the first time on its way to Seattle. Ralph S. Hopkins (ca. 1871-1923), “a capitalist,” was the owner of the three-horsepower Woods Electric auto.

Bearing or covered with spines or bristles; prickly

Usage example: “The spikelets are arranged in groups of two, facing each other and appearing like a single spikelet with two equal echinate glumes, sessile, or obscurely pedicelled on very short, tumid, pubescent branches,” said the teacher to a roomful of sleeping students.

>> Saturday, June 5, Crux Fermentation Project will set up a coolship at Smith Rock and Bend-based Wanderlust Tours will take you there. (Brewpublic)

>> Sirius XM’s Business Radio (Ch. 132) hosts The Beer Hour with Johnathan Wakefield — a new six-part series lead by acclaimed Miami, Florida, craft beer brewer Johnathan Wakefield of J. Wakefield Brewing. The first episode premiered May 27 and is available now free until June 6 and will appear after as a podcast on Pandora with future episodes airing weekly on Thursdays at 7 p.m. (The New School)

Peaks and Pints Pilot Program: Hazelnuts On The Fly

Did you know today is National Hazelnut Cake Day? No? You’re not alone. Everyone we asked was oblivious to the existence of this “food holiday,” although we didn’t ask anyone from Oregon. Those folks must know. Oregon harvests 99.9 percent of the country’s hazelnuts. Half of these are sold to China, where they are a popular snack food. The Chinese know hazelnut’s buttery, sweet flavor can’t be replicated, even by other nuts. That makes them the perfect ingredient to transform your favorite recipes. Bake them into bars, grinding them into butter or toast them for brewing beer. In honor of the holiday, Peaks & Pints presents a to-go flight of beer brewed with hazelnuts — a flight we call Peaks and Pints Pilot Program: Hazelnuts On The Fly. 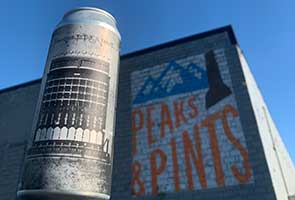 Best of Hands Barrelhouse uses Olympia Coffee’s Organic Morning Sun coffee beans for deep notes of roasted barley and medium-dark roast coffee on the nose with complements of hazelnuts and baker’s chocolate. Expect a smooth, silky body offering flavors of chocolate and roasted hazelnut. A hint of toffee emerges mid-palate, while notes of vanilla and cinnamon meld into the bittersweet, creamy finish. 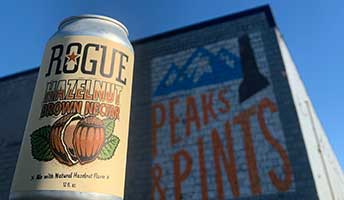 As we mentioned in the introduction, Oregon produces nearly 99 percent of all American hazelnuts. It’s the official state nut. The state also boasts more than 230 craft breweries. Naturally, these local goodies make their way into a few beers around the Beaver State, including Rogue Ales’ Hazelnut Brown Nectar. At the 1993 American Homebrewers Association convention, Rogue Brewmaster John Maier tasted a brown ale with an unusual twist. His pal Chris Studach had added hazelnuts, an addition that later inspired the Oregon brewery to create the rich, malty, and medal-winning Hazelnut Brown Nectar. Its aroma is hazelnut, strong toasted malts, caramel, and chocolate. Flavor opens very mild and thin, developing sweet hazelnut notes mixed with some toasted malt. 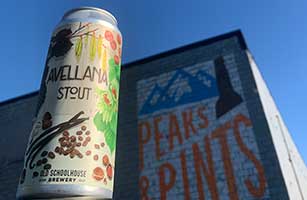 How did Old Schoolhouse Brewery come up with the name for their new hazelnut vanilla coffee stout? Avellana is Latin for hazelnut. The Winthrop, Washington, brewery added more than 3 pounds of toasted hazelnuts to this stout that also features Mexican vanilla beans, Blue Star Coffee Cold Brew and Warrior, HBC 692, and Crystal hops. It’s roasty, toasty, good balanced between sweet vanilla and bitter notes with a medium thick mouthfeel. 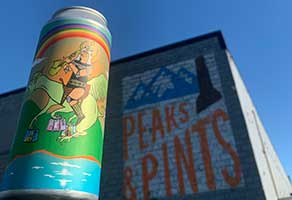 Hoof Hearted All My Friends Are Dead

Hoof Hearted Brewing is nuts. Just say the Ohio brewery’s name fast. Check out the zaniness on their cans. Their first taproom is complete with a giant projection screen rotating through ’80s movies. Their second location in Columbus screams Danish art gallery. Adding hazelnuts to their beer is second nature, which they did to their All My Friends Are Dead imperial stout. It’s Double-mashed and conditioned on an absurd amount of roasted hazelnut, vanilla, Hoof coffee, and a touch of milk sugar. The coffee versus hazelnut battle going on in this stout is nuts.