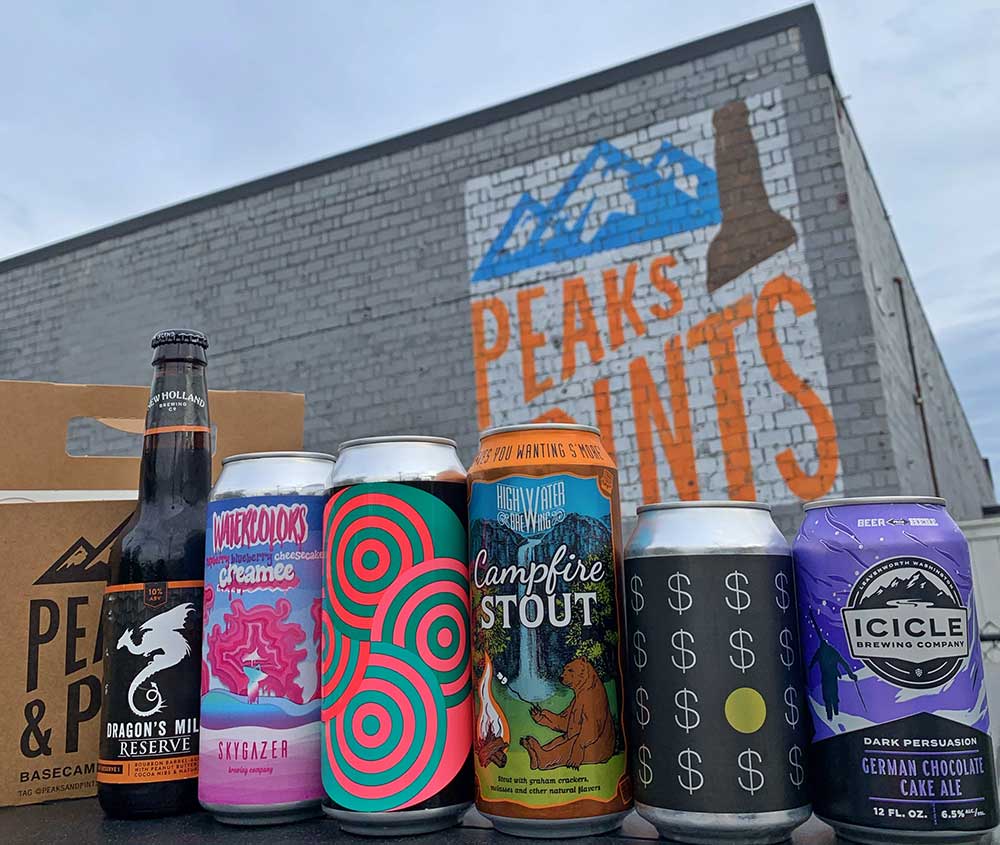 1) A performer in a pantomime; broadly: actor

2) One who goes merrymaking in disguise during festivals

Usage example: The Back To The Future Beer Festival in the Tacoma Dome included a troupe of mummers all dressed like the really cute members of BTS, but who were actually seven guys who refused to get vaccinated yet still wanted to drink beer.

>>> Oregon’s space-themed Ecliptic Brewing is excited to announce the opening of a second production facility and taproom in Southeast Portland in the summer of 2021, named “The Moon Room”.

>>> Everybody’s Brewing has just announced the promotion of Dave McGinley, a member of Everybody’s brewing team, to the position of head brewer.

With Mother’s Day just around the corner, our palates and stomachs could use a warm-up. So we’ve compiled a list of luscious, indulgent, dessert beers to stimulate your appetite. Let’s sharpen that sweet tooth with today’s to-go beer flight, Peaks and Pints Pilot Program: Dessert Beer Flight.

Icicle Brewing Dark Persuasion: This stout tastes exactly like German chocolate cake, with strong chocolate and coconut notes, a touch of vanilla and a smooth finish, 6.5%