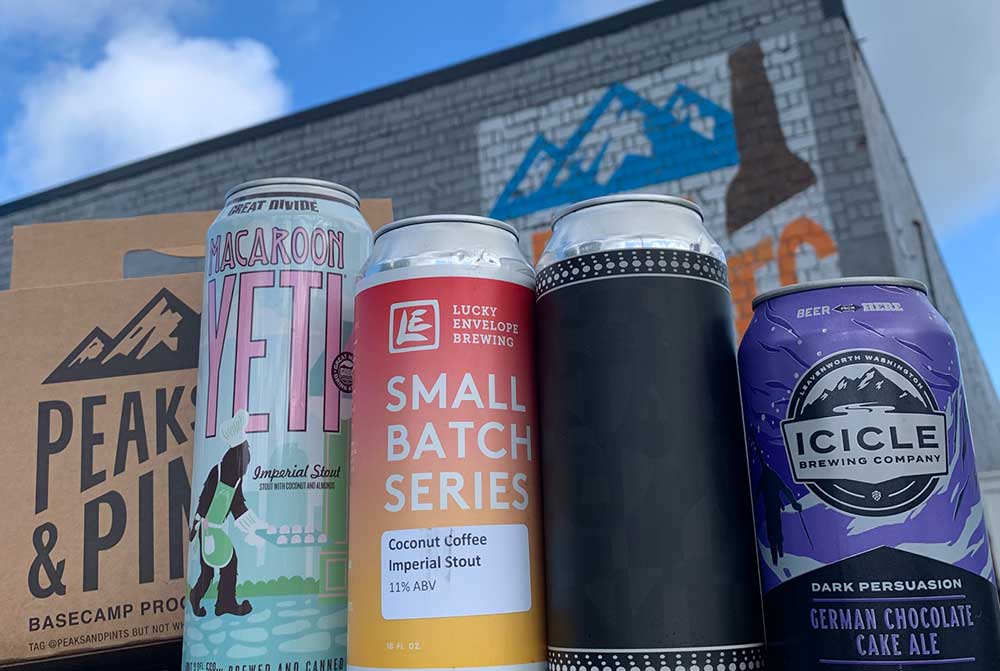 The 1940 Tacoma Narrows Bridge, the first Tacoma Narrows Bridge, was a suspension bridge spanning the Tacoma Narrows strait of Puget Sound between Tacoma and the Kitsap Peninsula. The bridge’s main span collapsed in 40-mile-per-hour winds on the morning of Nov. 7, 1940, as the deck oscillated in an alternating twisting fashion. The only fatality of the “Galloping Gertie” bridge collapse in was a three-legged dog.

hoary \’hor-e\ adjective hoarier hoariest (1530)
1) Gray or white with or as if with age
2) Extremely old: ancient
hoariness – noun

>>>With a goal of keeping Pike Brewing Company going for over a century, the iconic Seattle brewer has sold a stake of its ownership to the Seattle Hospitality Group. (Brewpublic)

>>> The founders of Ninkasi Brewing Company have reacquired the majority stake in the business they sold in April 2019 to Legacy Breweries. (The New School)

Peaks & Pints believes coconut has received a poor rep in these parts from poor quality shredded dried coconut sold for baking. Its cottony-waxy quality doesn’t seem natural. The Internets say we should buy fresh coconuts from a store that experiences rapid turnover in coconuts, which in Tacoman — as far as we can tell — is nowhere. But you do not have to start by cracking open a fresh coconut to improve coconut’s flavor. We have done it, and it is a lot of effort. The good news is some shredded coconut is better than others. And canned coconut milk is sometimes even better than fresh due to commercial extraction methods. Regarding brewing with coconut, toasted/roasted coconut brings out a rich, nutty, earthy flavor, which goes beautifully with stouts. Roasting also cuts down on the oils that can lead to a reduced flavor, mouthfeel, and head in the beer. If you throw coconut in fresh, you’re going to have quite a bit more oil in your batch, but the flavors will be sweet and more tropical leaning. OK, that’s what we know about coconut. Let’s get to drinking them. Stop by Peaks and grab the to-go flight, Peaks and Pints Pilot Program: Coconut On The Fly. 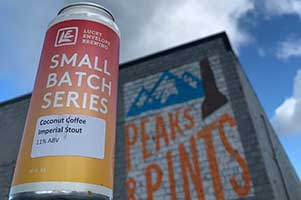 Barry Chan became a Certified BJCP judge and award-winning homebrewer before opening Lucky Envelope Brewing in Seattle’s Ballard neighborhood in May 2015. His Coconut Coffee Imperial Stout is brewed with almost 100 pounds of freshly toasted coconut and Seven Coffee Roasters’ dark Roaster’s Choice coffee blend. Expect notes of vanilla, cocoa, and pear from the coffee and creamy young coconut give the stout a complex depth of flavor. 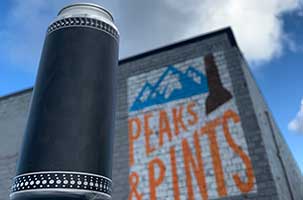 Five months after his planned brick-and-mortar spot fell through, Virginian Brandon Tolbert moved his Short Throw Brewing Co. to the Twelve Percent Beer Project facility, a contract brewery near New Haven, Connecticut. His Perpetual Night is a viscous imperial stout brewed with a chocolate forward malt base, then adorned with Vermont maple syrup, tons of toasted coconut, and coffee. 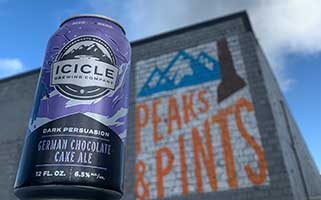 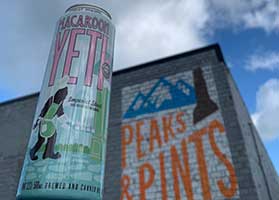 Macarons, those glorious little cookies that look like an OCD pastry chef’s re-envisioning of the hamburger as tiny French patisserie experiment, have become trendy. And unlike the rise of the cupcake, the macaron is something we greeted with great happiness. Peaks & Pints finds the same happiness when we sip on Great Divide Brewing’s Macaroon Yeti. Almonds, coconut, and lactose enhance the sweetness of this indulgent treat, while the traditional Yeti roastiness fades slightly into the background.