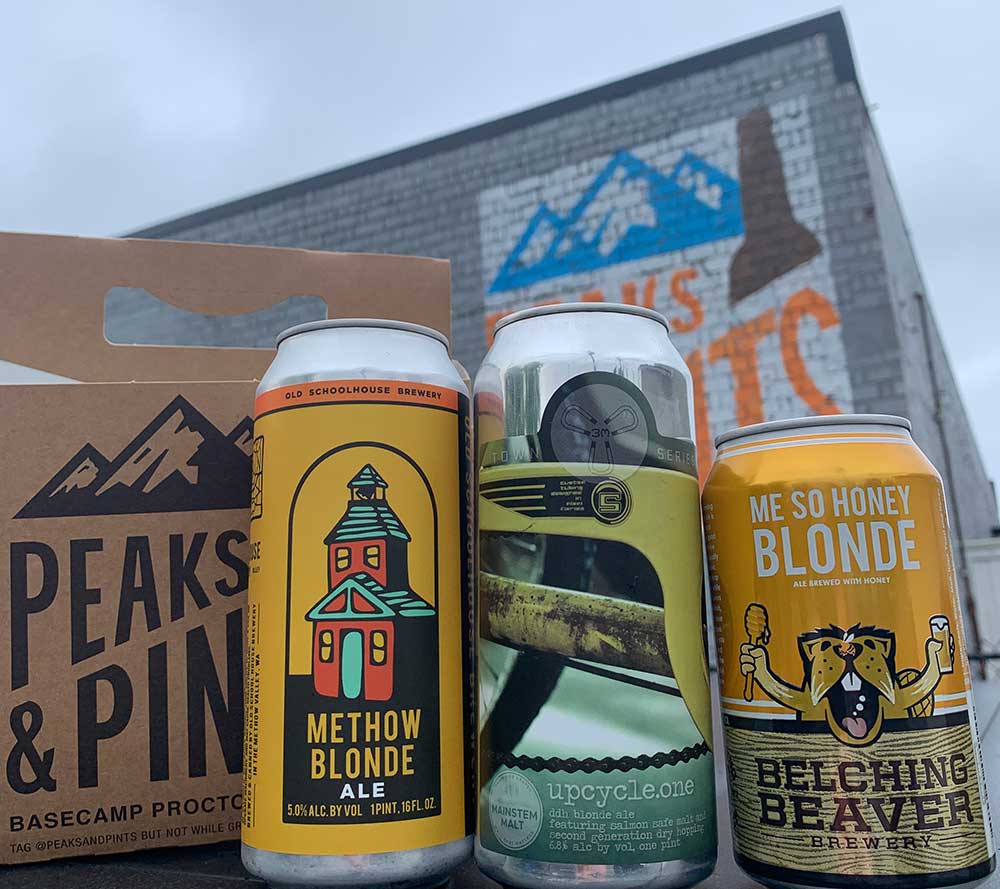 In the late 1920s, hundreds rabbits, guinea pigs, mice, and rats were held captive on the roof of Tacoma’s Washington building maintained by a Tacoma biological laboratory for research work in the unending war on disease.

Usage example: And then the hard chai salesperson entered Peaks & Pints, which immediately gave the cooler personnel a hideous and strangely odiferous case of the screaming fantods.

>>> If you thought that Fort George Brewery already had an impressive output of craft beer in cans since they began packaging in late 2018, you ain’t seen nothing yet. (The New School)

Peaks and Pints Pilot Program: Blondes On the Fly

The blonde ale is an American style that emerged as alternative to premium U.S. lagers. It’s really a catch-all category of light-bodied, light-colored ales — styles like the cream ale and kölsch loosely fall into such a description. As the name indicates, the blonde ale is clear golden to straw color. It has no particularly dominating malt or hop characteristics. Rounded and smooth, it is an American classic known for its simplicity. Sometimes referred to as “golden ale,” these beers can have honey, spices and fruit added, and may be fermented with lager or ale yeast. Peaks and Pints has posted more than 1,600 flights since we opened Nov. 1, 2016, yet we have never presented a flight of blonde ales — a fact that changes today. Welcome to our to-go flight of blonde ales — Peaks and Pints Pilot Program: Blondes On the Fly. 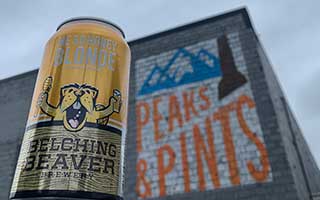 Belching Beaver Me So Honey

Belching Beaver Brewery brews their Me So Honey blonde ale with honey, wild flowers and cloves from their backyard in Ponway, California. Floral aromas leap from the glass while subtle, sweet, honey flavor lingers on the finish, making this a beer for all occasions. 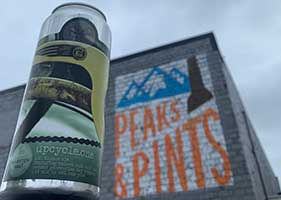 Three Magnets Brewery named this blonde ale after testing on of their crazy ideas. Upcycle.one’s hopping is done with second-generation hops — meaning they have been through the wringer in other beers. They still retain flavor oil, aromatics, and frankly most of their value. Brewers normally separate them out for compost, give to farms or send them down the drain. Not Three Magnets with this beer. Talk about lower environmental impacts.

Tucked away in the eastern shadow of the Cascades about 200 miles east of Seattle, surrounded by more than twenty 8,000-foot mountain peaks, and crisscrossed by two crystal-clear rivers, Methow Valley is the kind of place that makes you want to play outside all day. In fact, locals call Mazama “Lycra Land” because everyone’s so athletic. Everyone’s in love with the outdoors. It’s the common denominator here. Engineered for the Lycra Land, Old Schoolhouse Brewery Methow Blonde Ale has a low ABV, mild bitterness and soft floral aroma so locals can go all day.