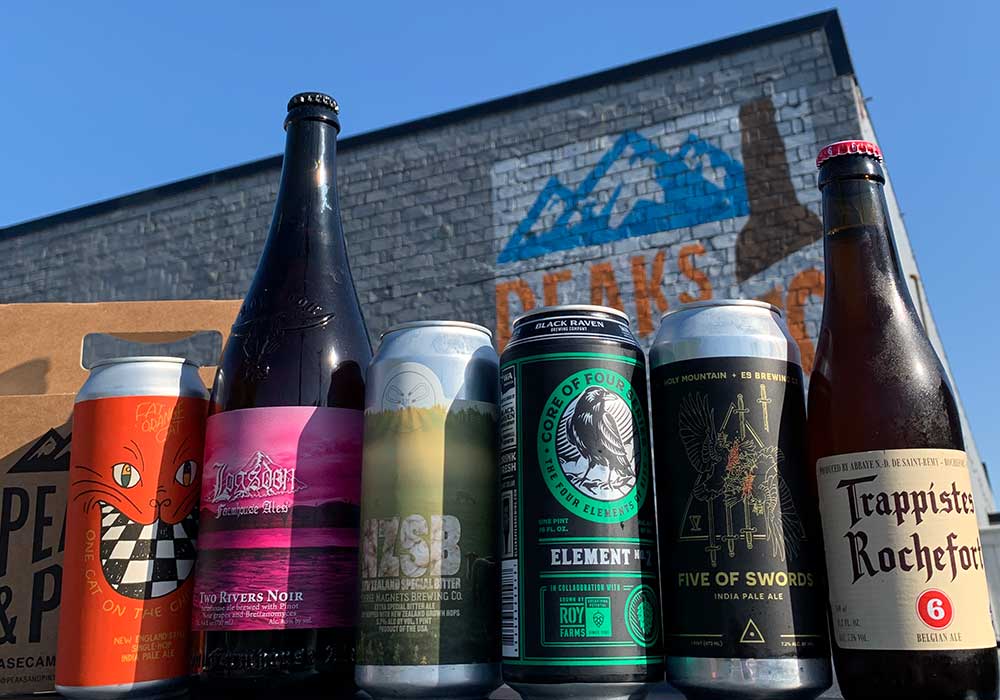 Our 700-acre park, Point Defiance, is one of the largest urban parks in the nation. It is second only to Central Park in New York City.

Usage example: Even though Washington Gov. Jay Inslee lifted the state’s mask mandate for people who are fully vaccinated against COVID-19, some small businesses in Tacoma feel seeing maskless people walk through their doors is causing apoplectic side effects among their staffs.

>>> Iron Maiden will launch of a new India pale lager with BrewDog, a global craft brewing company. The Iron Maiden “Hellcat” launches this fall, as a limited-edition release designed to satiate both beer lovers and Iron Maiden fans alike.

>>> A growing number of Portland’s flagship breweries are settling down in the city’s populous western suburbs, a trend that’s accelerated during the COVID-19 pandemic.

>>> Buoy Beer celebrates its seventh anniversary today with $2 off beers from noon to 7 p.m.

Several breweries lay claim to coming up with the six-pack carrier that now dominates the retail beer market. Pabst is largely credited as the first brewer to package beer in six-packs, according to some online sources, while Ballantine says it did so in 1938. And then there’s Coca-Cola, which claims ownership dating back to 1923. Jax Brewing Co. in Jacksonville, Florida, says it was the first to package beer in 6-packs. During the 1940s the company went to a hardware store, bought 100,000 durable burlap bags, emblazoned Jax Beer on them and sold beer six to a sack for $1.29. Last, there’s Peaks & Pints craft beer bar, bottle shop and restaurant in Tacoma’s Proctor District. We are the first to take six beers each representing the numerals one to six and offer them as a 6-pack to-go. You can count on us for Peaks and Pints Pilot Program: Beer Numbers. 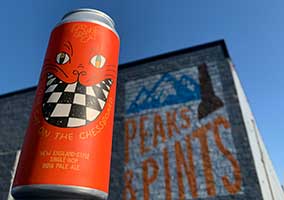 Fat Orange Cat One Cat On the Chessboard

ONE: Fat Orange Cat Brew Co. — a small, seasonal farm brewery in East Hampton, Connecticut — has unleashed a new single hop IPA series, One Cat On The Chessboard. First up: juicy hop El Dorado, which was born and bred at CLS Farms in Moxee in the Yakima Valley. Bursting with juicy pineapple and tropical notes, this dual-purpose hop has both high alpha acid and intense flavors and aromas such as earthy, citrus, juicy notes in this hazy IPA. 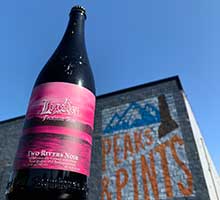 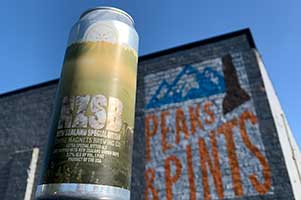 THREE: With all the attention hoppy beers get, styles such as the ESB sometimes get lost in the fray over who has the loudest, most audacious brew. That’s led to the ESB being underappreciated or, worse, forgotten. However, a good one can be memorable, a pleasant blend of malts and hops, flavorful and balanced. It’s an easy-drinking amber ale that’s versatile with food. Enter Three Magnets Brewing‘s N.Z.S.B. This New Zealand style special bitter is brewed with English malts, and Pacific Gem and Southern Cross hops — English-based varieties that spent their formative years in New Zealand, “gaining more lupulin, fruit character and spice,” according to Three Mags Head Brewer Aaron Blonden. 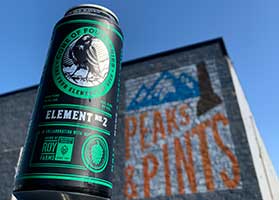 FOUR: Black Raven Brewing’s Core of Four series celebrates and highlights the four core ingredients of beer: malt, hops, yeast and water. Element No. 1 was malt, which Black Raven brewed an amber lager. Element No. 2 is hops, which is an IPA brewed in collaboration with Roy Farms in Moxee. Brewed with Azacca, Bravo, Chinook, and Strata, Element No. 2 has a light body, citrus with Mandarin nose, and old school flavors of malt, citrus and pine. A portion of all sales of Element No. 2 will be donated to Washington Farmland Trust. 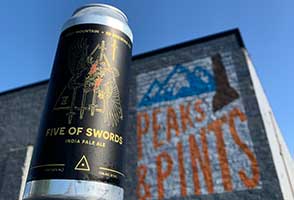 FIVE: In March 2015, Holy Mountain Brewing announced their first collaboration beer — Five of Swords IPA with Shane Johns and Donovan Stewart of E9 Brewing in Tacoma. The IPA  also marked Holy Mountain’s first IPA. The first Swords was brewed at Holy Mountain’s Interbay brewery with copious amounts of Citra, Simcoe, and experimental HBC 342, which lends a melon character. This year, Five of Swords is brewed with 2-row and Pilsner malts, along with chit malt and malted oats. It’s hopped heavily with Idaho 7, Status, Mosaic, and Simcoe and dry-hopped with copious amounts of the same for orange citrus hops and grapefruit closing bitterness. 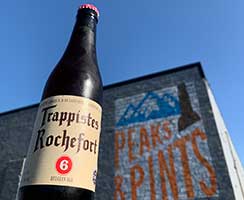 SIX: Abbaye Notre-Dame de Saint-Remy, which sits in a large valley close to Rochefort in the province of Namur, in Belgium, is home to a community of Trappist monks (Cistercians of the Strict Observance). The three brown ales produced by the abbey — Rochefort 6, Rochefort 8 and Rochefort 10 — can be tasted in the nearby town of Rochefort and all over the world. Rochefort Trappist 6 is named after its original gravity measured in “Belgian degrees” — a brewing scale no longer used today. It was first sold to the public in 1953. Bottle-conditioned for soft natural carbonation, and the oldest of the three Rochefort Trappist beers, Rochefort 6 has the reddish color of autumn leaves, a soft body and an earthy, herbal palate (a hint of Darjeeling tea), which develops into a deep fruitiness. Refined, soft spiciness in the bouquet finishes with a bit caramel.