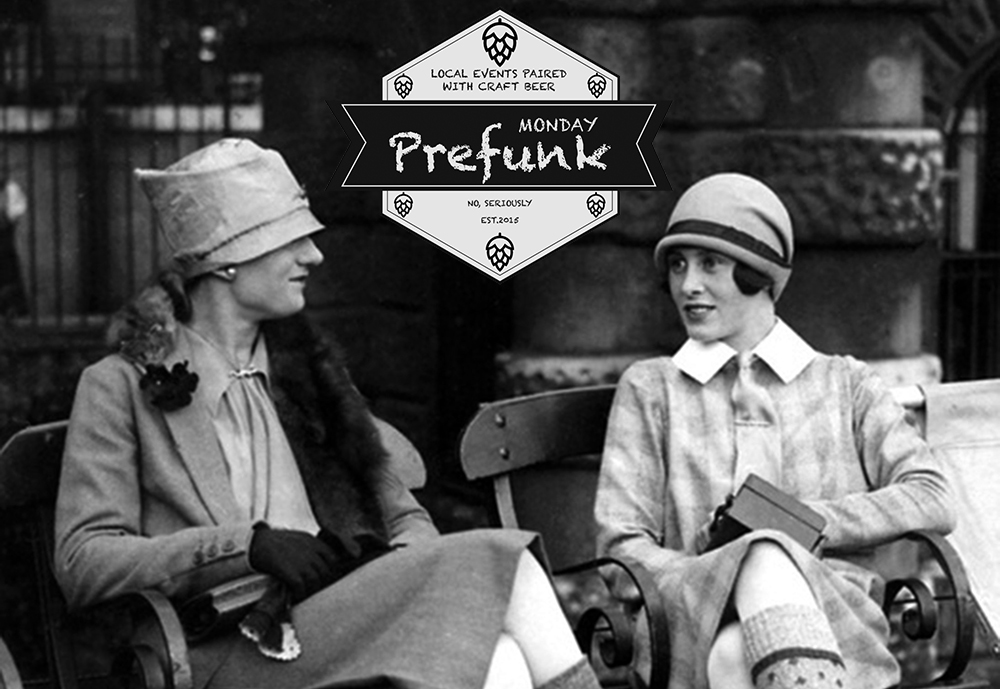 A game of bridge,

And Wets are strong

That little ditty ran in the Ironwood Daily Globe June 8, 1920. The Ironwood, Michigan newspaper ran stories and poetry on Prohibition, which began on this date in history, 1920. The question on everyone’s mind is: Will the featured storytellers and open mic-ers at tonight’s Creative Colloquy session tell tale based on Prohibition? There’s no doubt they’ll be drinking B Sharp Coffee House’s beer and wine. The authors, poets and wordsmiths will approach the mic at 7 p.m.

PREFUNK: Flash back to this date in history, 1920, when America was in the midst of the Prohibition: Booze was banned, stealthy speakeasies adorned Tacoma, and the Paramount Theatre sat in Tacoma’s Proctor District, which last year became Peaks and Pints bottle shop, taproom and eatery. Prohibition, the law that prohibited the sale, manufacture, and transportation of alcohol in the United States, was ratified as the 18th amendment on Jan. 16, 1919, and went into effect on Jan. 16, 1920. In other words, Monday 97 years ago was a very sad day. And yet, some good things came out of Prohibition. Most notably, the theme for this week’s Peaks and Pints SudsPop night with Pacific Brewing & Malting Co., the Tacoma brewery that didn’t survive Prohibition but was reestablished in late 2014 about a mile away from its original location in downtown Tacoma. From 6-9 p.m., Peaks and Pints will transform into a ’20s speakeasy complete with Prohibition-era music curated by Andy Kenser, sales director of Pacific Brewing & Malting Co. As with previous Monday SudsPop music and beer theme nights, there will be a fun contest — building card houses this week. Pacific’s beer will be on tap — including its 1897 Pale Lager infused with juniper berries — providing inspiration for house of cards building contest.

Dev Patel stars as an Indian fellow adopted by Australian parents who finds his biological family by using Google Earth. (As opposed to Frodo Baggins, who found Mordor via Google Middle Earth.) OK, to be more specific, it’s the true story of Saroo, a resourceful 5-year-old Indian boy who travels to a strange city with his teen-age brother. They get separated, and Saroo lives on the streets and in an orphanage until a compassionate Australian couple adopts him. He grows up wonderfully, but as a young man, he becomes troubled by the pain his disappearance must have caused the family he lost through no fault of his own. Lion screens at 1, 3:40, 6:15 and 8:50 p.m. at The Grand Cinema.

PREFUNK: Every Monday, the Parkway Tavern pushes craft beers to the boundaries of flavor. Around 5 p.m. Master Mixologist Sean Jackson runs a craft beer through an infusion chamber loaded with special ingredients — hops, fruits, herbs, candy and other goodies. The beer then pours from the tap, taking the new flavors with it. Add the Parkway staff’s knowledge and craziness, and you’ve got yourself an adventurous play on craft beer. Bonus: the Parkway offers a Randall punch card with a commemorative shirt and glass as rewards.